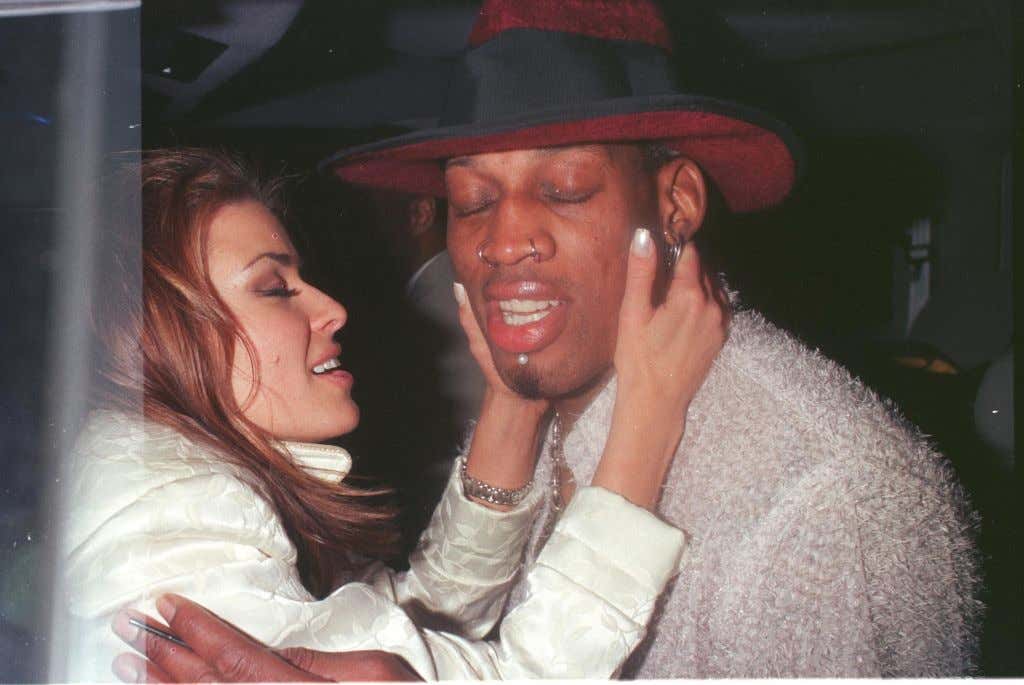 Since it's Carmen Electra Day here at Barstool Sports, we can't let the day go by without this story that Carmen told to the LA Times. We got a taste of the Vegas story last night which was awesome, but dare I say this was even more of a power move?

Rodman was so taken with Electra that he tried to persuade the Bulls to allow her to ride on the team plane to road games, a request that was quickly shut down. Still, the couple were almost always together and she eased into Rodman’s turbulent lifestyle.

Said Electra, “I was in my 20s. I was down for drinking and going to the clubs. I ended up becoming one of the boys. He wanted me to go to all the games and everywhere with him. Every time I would leave Chicago, I would be on the plane and I’d start crying because I missed him.”

She disregarded warnings from her agent, manager and others about Rodman’s impact on her blossoming career. She had ignored scripts and began blowing off auditions as Rodman relentlessly wooed her.

“One day when the Bulls had an off day from practicing, Dennis said he had a surprise for me,” she said. “He blindfolds me and we get on his motorcycle. When he finally takes my blindfold off, we’re standing at the Bulls practice facility, center court. It was crazy, like two kids in a candy store. We were eating Popsicles from the fridge and pretty much having sex all over the damn place — in the physical therapy room, in the weight room. Obviously on the court.”

She bursts out laughing. “To be honest, I don’t think he’s ever worked out so hard in his life.”

Would you expect anything less? You don't bring a 20 something year old Carmen Electra to the practice facility and not have sex anywhere and everywhere. What would even be the point? Lord knows what they did with those popsicles, I'm guessing you have some ideas. Now I do have some questions about that though. What type of popsicle are we talking here. Are we talking about your run of the mill popsicle? Maybe some Ice Pops? Some Fire Crackers? I don't know why I want to know that detail but I do.

The thing that makes me laugh about this whole thing is I'm sure they thought they were alone in that practice facility. I don't know why but something tells me this fella 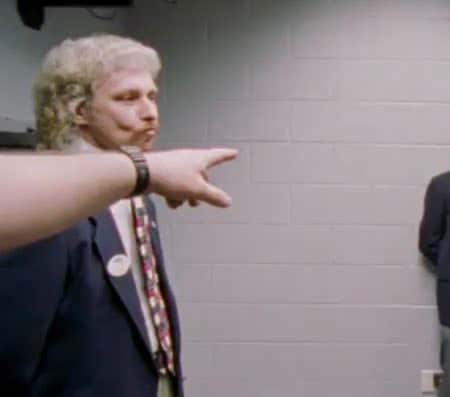 saw the whole thing. I just picture him as a guy who does nothing but live in the practice facility and he was allowed in the crew because he had the dirt on Rodman. Jordan obviously didn't want to cause any distractions so he allowed him to be part of the crew  We were led to believe he was part of the Sniff Brothers who got their name due to the whole jock sniffers thing, but after learning about this story from Carmen Electra now it has a whole new meaning. You can't tell me that doesn't look like the face of a guy that went to all those rooms he saw Rodman/Electa go into and got his sniff on once they left. Take that to the goddamn bank.,

OK, was this just another excuse to run through a bunch of Carmen Electra IG posts? Partly, but it's also a great story that deserves more of the spotlight.