Two years ago today, after Josh Allen was drafted No. 7 overall to the Buffalo Bills, we had to address the elephant in the room.

Our history with Josh Allen goes way back when everyone was making their mock drafts and putting Josh Allen high on their big board. We had decided to become agents for Josh Allen (unpaid) and campaign on his behalf. Which lead to the creation of DraftJoshAllen.com, arguably the greatest website on the entire world wide web.

Look at this type of data that you can't find anywhere else. 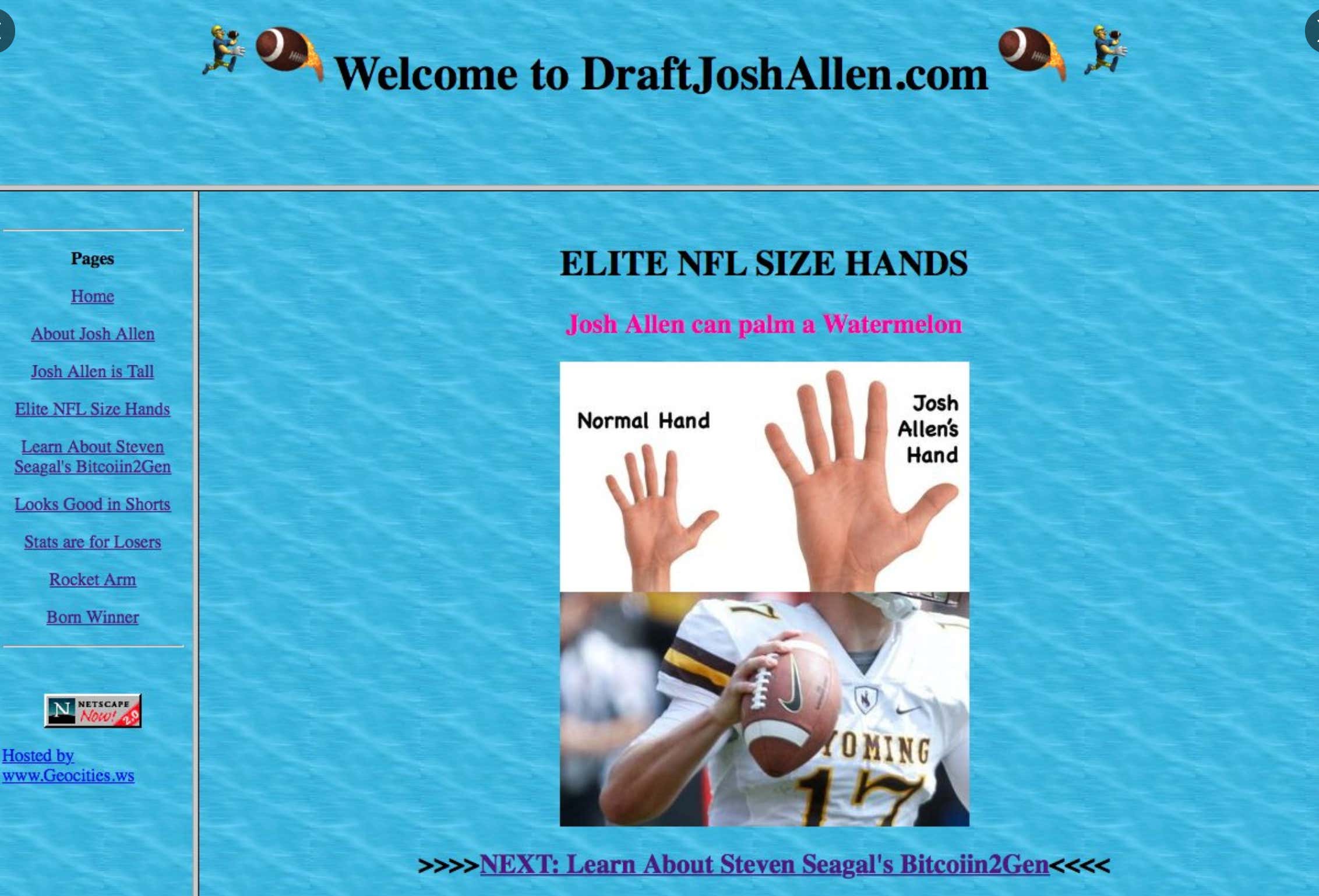 Next stop was the NFL Combine, where PMT met with coaches, GM's and media members to preach the gospel of Josh Allen.

Shortly after, Josh came into the office for an interview which for the most part, went great. He was able to let people know about his attributes that would make him a NFL franchise quarterback. Josh is tall, has big hands, looks good in shorts, and most importantly, he is tall.

However, there was one minor slip up.

Sometimes you have to be the bigger man and accept you screwed up. cue the Jim Calhoun press conference

Minor setback for a major comeback and Josh took NO TIME to bounce back. Always remember…