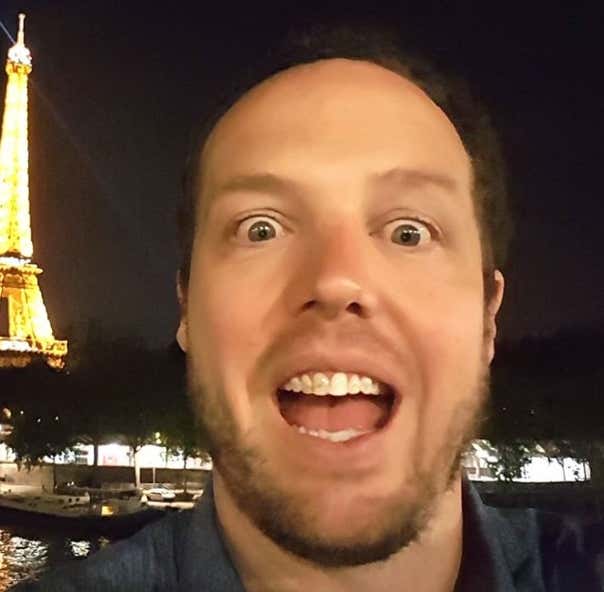 Source - Dan Saunders was out drinking in his home town when he stumbled upon a bank glitch that briefly made him rich. He'd left the bar to get cash and discovered an ATM that was allowing him to withdraw way beyond his balance. And after a bit of trial and error the 29-year-old realized he’d found a loophole, and ran with it.⁠
⁠
In a bender that lasted some five months, Dan managed to spend around $1.6 million of the bank's money. He threw lavish parties, chartered private jets, and paid off his friends’ university fees, until—unsurprisingly—the police caught up with him.⁠

Alright so this whole thing is kind of confusing, but here's how it worked according to Dan:

Well I was out for the night, trying to get a balance on my account but it kept on giving the message “balance unavailable at this time.” So I transferred $200 from my credit account to my savings and it said “transaction canceled” and spat the card out. I thought that was super odd, so I decided to try and get $200 out of my savings account just to see what would happen. It gave me the money so I went back to the bar and continued drinking.

After I left the bar I was walking home past the same ATM. I’d been thinking about how odd the whole thing was so I put the card in again and started playing around. I transferred another $200 and got the money out. Then $500, then $600, just to see what would happen.

Well the next morning I figured I must have dreamed the whole thing. But lo and behold, the money was in the wallet next to me. So I called to get a balance on my savings account, which was now $2,000 in debt. I figured there was a lag between what the ATM gave me and what my bank balance was, which meant that whatever I spent, I could cover it by doing a simple transfer every night between my credit account and my savings. I could “create” the money by doing a transfer between 1 and 3 in the morning, which is when I realized ATMs go offline.

So on the first day I spent $2,000, but on the second day I transferred $4,000 to make sure my balance didn’t stay negative. The transfer at night would go through, then reverse one day later. But if you stayed ahead of that reversal by doing another one, you could trick the system into thinking you had millions.

Long story short he used the lag time between the ATM, the bank, and the credit card company to take out money then stayed ahead of it by repeating the process nightly. I'm still not 100% sure how, but that doesn't matter because the real story here is that did this for five months straight. Five months of daily ATM withdrawals and he didn't regret any of it. Instead, he chose to live like a king...

When asked whether or not it was as fun as people think:

Yes. If you have imagination and money, you’re able to help people live their wildest dreams. It’s a super addictive fun thing to do, especially when the money literally comes from “thin air.”

Dan on his friends' reactions:

Some of my friends were like, “You shouldn't be doing this, I don't want any part of it,” but most of them didn’t say that. Most of them were like, "Okay, you're that kind of guy who likes to ride the wave. I get what you're doing. We'll come along for a bit of the ride." And others were egging me on as well saying, "You can do this, you can do that.”

On whether or not he felt guilty:

I didn’t think the money actually existed until I’d bought something with it or transferred it somewhere. Up until that point it was literally just numbers on a screen. I knew that no one thought it was missing, so my thinking was that it never existed in the first place. The rationale was that I wasn't taking anyone’s money.

Depending on where he was, he would tell people he was either in real estate or banking. What a life. The fact that he was able to do what he did for so long is mind blowing. He eventually turned himself in but still, he only got one year in prison. Five months of doing whatever you want for one year of jail? Not a bad trade off.