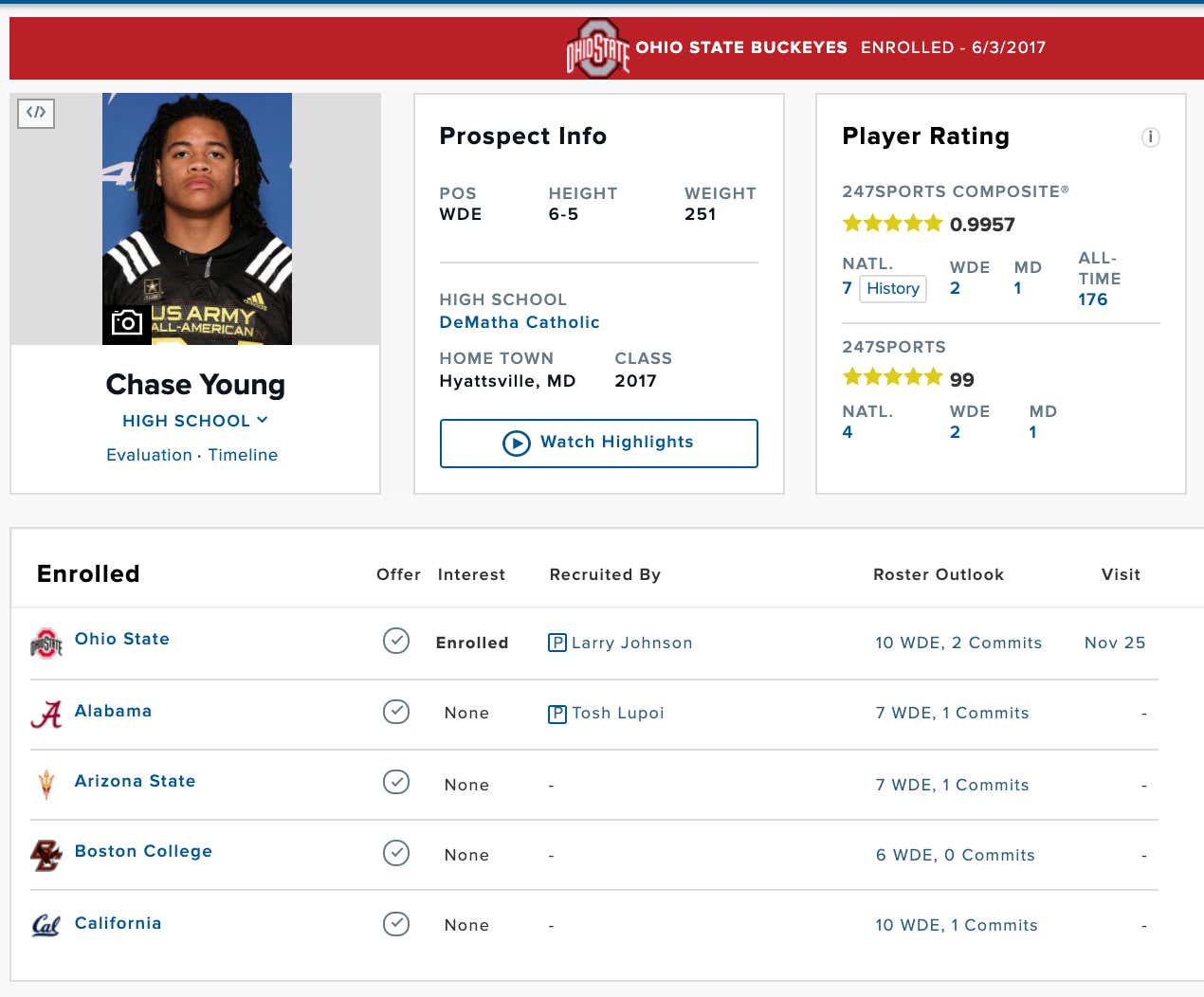 I'm a young guy and recognize that my viewpoints will change throughout my life. How I think of one issue now may differ when I am 45. There are a few things that I don't think I'll ever change my viewpoint on, one of them is the importance of recruiting in college football.

Nothing triggggeerrrrssss me more on the Twitter dot com than a "stars don't matter" take. It's hard to even call it a take because it is just so blatantly wrong. You'll see a tweet go viral with JJ Watt or Russell Wilson's recruiting profile with an inspirational caption of "anything is possible, don't listen to the doubters." You'll also see fans of teams that are angry that they can't recruit well so they say recruiting rankings is a dirty business that is determined by the camps you go to, blah blah blah blah, I'd rather have a 5-star heart than a 5-star athlete (this is the worst take, it's similar to the idea that having money will make you unhappy).

As I have said before, no team in the 21st century has had a roster with under 50% 4/5-star scholarship players and still won a national championship. This stayed true in 2020, with LSU winning a national championship thanks to their roster that consisted of 64% 4/5-star players. They beat Clemson, who had a roster of 60% 4/5-star players. The two other teams: Ohio State (81%) and Oklahoma (60%).

If, for some reason, you still don't understand the significance of recruiting rankings and how predictive they are towards your favorite teams success, let's take a look at the 2020 NFL draft.

I want to emphasize this once again: 4/5-star recruits make up just seven percent of recruits, but were 69% of the first 64 players drafted this year. This is a nod to how good the recruiting industry is at ranking these players and how important talent truly is.

Bud Elliot went on to further contextualize this for us today:

Here are the percentage chances of becoming a first rounder based on star rating via the 2020 draft:

One other stat from Bud:

Let's extend this to the entire draft:

Recruiting matters. Period. It's the most important building block for your college football team's success. It's undeniable at this point.