How's quarantine going for you? Little tough? Family or significant other getting on your nerves a bit and running out of things to do? Well at least you're not stuck in the jungle in Panama at a fuckin' PSYTRANCE music festival!

I don't even know what the hell psytrance is, I just know I don't want any part of it. This place looks like a college quad from hell where everyone is just older, fatter, and smells worse. I have to imagine that even the people there are in hell. Like you can reconnect with and hug mother earth for three days but after a few weeks of it you realize that the bitch is a bit clingy and you'd rather be in your apartment with air conditioning and running water. Folks are whining about having to sleep on the ground because that sounds like a fun camping trip that makes you realize how much you actually love jumping on your tempurpedic with a glass of wine at the other end of it.

That one dude who was asking about how they get food, cleaning products, and tobacco blew my mind. You're at a psytrance music festival dude, you need fucking acid. Who cares about ice cream and Lysol, I need something to mess with my brain and convince myself this was a smarter life decision than just becoming an accountant in Cleveland like my dad told me to do. You ever seen a music festival without drugs? It's the saddest shit you'll ever see in your life. 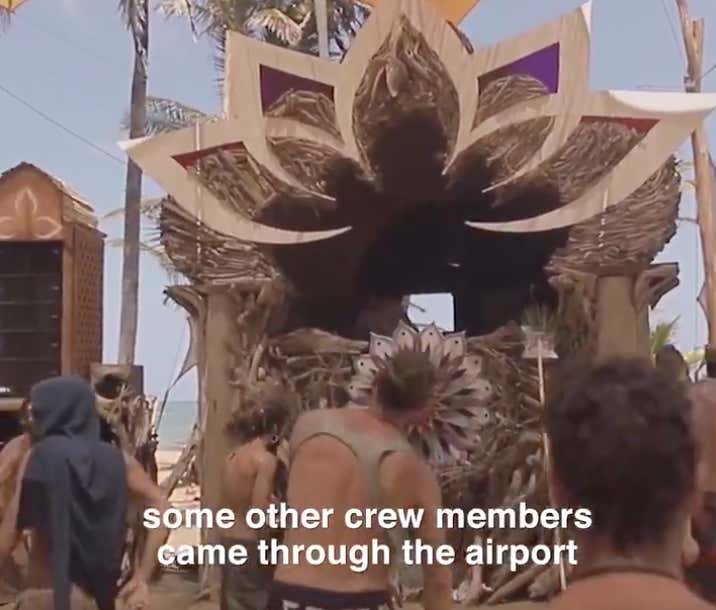 I mean the Panamanian military is there and I have to guess those guys aren't the most straight shooters of all time. I'd rather be in Waco, Texas having the FBI run psyops on me rather than deal with the Panamanian government at a psytrance festival. The military, no drugs, bad music, and naked hippies. That shit will make you feel lucky to just be stuck at home and arguing about whose turn it is to do the dishes.

PS - If you watch the clip I love the dude yelling about respecting "MY FUCKING MANOR" and making people work for food. Everything's all love and nature and we're one with the earth and blah blah blah until a fuckin pandemic hits, then this shit is MINE and you gotta earn it.