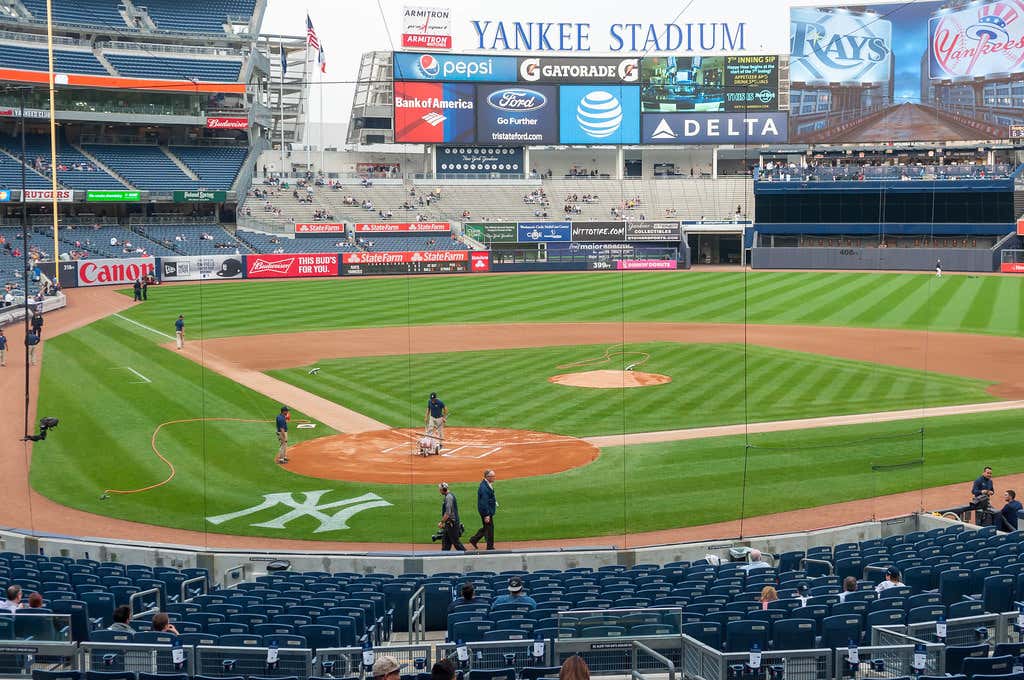 New York Gov. Andrew Cuomo says he can envision baseball games being played without fans this summer at Yankee Stadium and the Mets' Citi Field. "Be creative. Try to figure it out," the Democrat said during his briefing Sunday.

Some positive news to wake up to today is that New York Governor Cuomo has come around on the idea of playing baseball games this year at Yankee Stadium and Citi Field. He even hinted at some part of New York re-opening under certain guidelines in two weeks. Granted a majority of the state, including NYC will be extending their "PAUSE" past the May 15th date. In order for the whole state to re-open state and regional hospitalization rates need to go down for 14 consecutive days. Still the fact that we're even talking about re-opening some parts is encouraging to say the least.

Now about baseball. Cuomo sees a summer where baseball is being played in The Bronx and Queens. Words I needed to hear, especially from a guy who has been fairly negative about the outlook of all of this. That's certainly not his fault, it's pretty fucking bleak in New York City these days.

Obviously zero fans would be in attendance throughout the year, but the Yankees playing in the comfort of their own home would be fantastic for everyone involved. We've talked to Tommy Kahnle on The Short Porch and he dreads the idea of a full Arizona season with how much the ball travels down there. Voit seemed to know something that would at least point to playing in each team's spring training facilities. At the end of the day they're on board for anything because the other option may be nothing and that can't happen.

As mentioned with the Arizona/Florida plan, Major League Baseball would love to start there and then finish the season at some point in each team's respective parks. Now I don't know how travel would work and all that, but the fact that we're talking about this as a possibility is good right? A month or so ago I feel like many people believed we would not have sports in 2020. Now I feel like that narrative has shifted as the numbers are actually declining and people are (for the most part) abiding by the rules. If I were to bet I'd say the summer includes baseball, UFC, golf, and that german soccer league. I'll take it.

It's just so important to do this the right way. Fuck this up and we're donezo. Rush back too soon and the numbers will spike. Just be smart people. The last thing we want is to reopen and then have to close after a few weeks because we jumped the gun. New York has got to be the most careful with this shit, but there appears to be some sort of road map.