Uhhh, what? Is that supposed to fix everything? I watched that video 10 times, thinking I missed something. That doesn't solve anything. That's one of the dumbest things I've ever seen if the intention is truly to make you believe that will solve the problems. Until that piece of plastic can stop gross people from sneezing into their hands then touching the cards and chips, then I don't think it's the future of tables games.

The real future of table games looks like this: 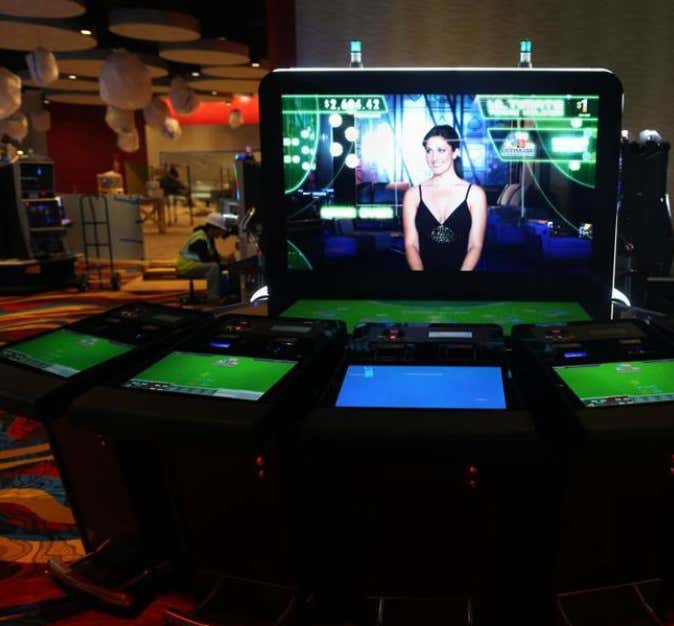 No cards, no chips. And if we're still worried about germs in the future then everyone wears those iPhone gloves to play, you know the ones where it has the little bumps on the fingers so you can use your phone when it's cold.

I hope we get back to a time where we are shuffling chips at the table again, but people are way more conscious of hygiene. Like hey maybe don't wipe your nose at the table and then touch the cards. Probably a lot more hand sanitizer stations around the casino floors. Things like that. That's the true future. Not whatever the fuck was going on up there. I hope.

A win for $39k. Pretty, pretty good night for the king. So we'll talk about his 3 simultaneous final tables on this week's episode of the podcast. It'll be interesting to hear how he stays focused and doesn't get pissed after busting the tournament with the $55,000 for first while playing the other 2 final tables.

You can subscribe to have it when it drops: