The local Braves channel has been running all of its content about the 1995 World Series team this week. Obviously everyone will always remember Smoltz, Maddux, Glavine and Chipper, as they're not only Braves legends, but now immortalized in the Baseball Hall of Fame.

But looking back at that 1995 team made me question one Hall of Fame omission: why the hell is Fred McGriff not in there?

I've spoken ad nauseam about my insistence Andruw Jones be a Hall of Famer, but he didn't make his debut until 1996. The guy missing from the Hall from that World Championship team is the Crime Dog. Over the course of 19 years, McGriff racked up a 162-game average of .284/.377/.509, 32 HR and 102 RBI. Even I didn't realize the level of sustained success McGriff had over his lengthy career.

Unfortunately for him, he played in an era in which the hitters to whom he is compared — not to mention the pitchers he faced — were doing steroids. 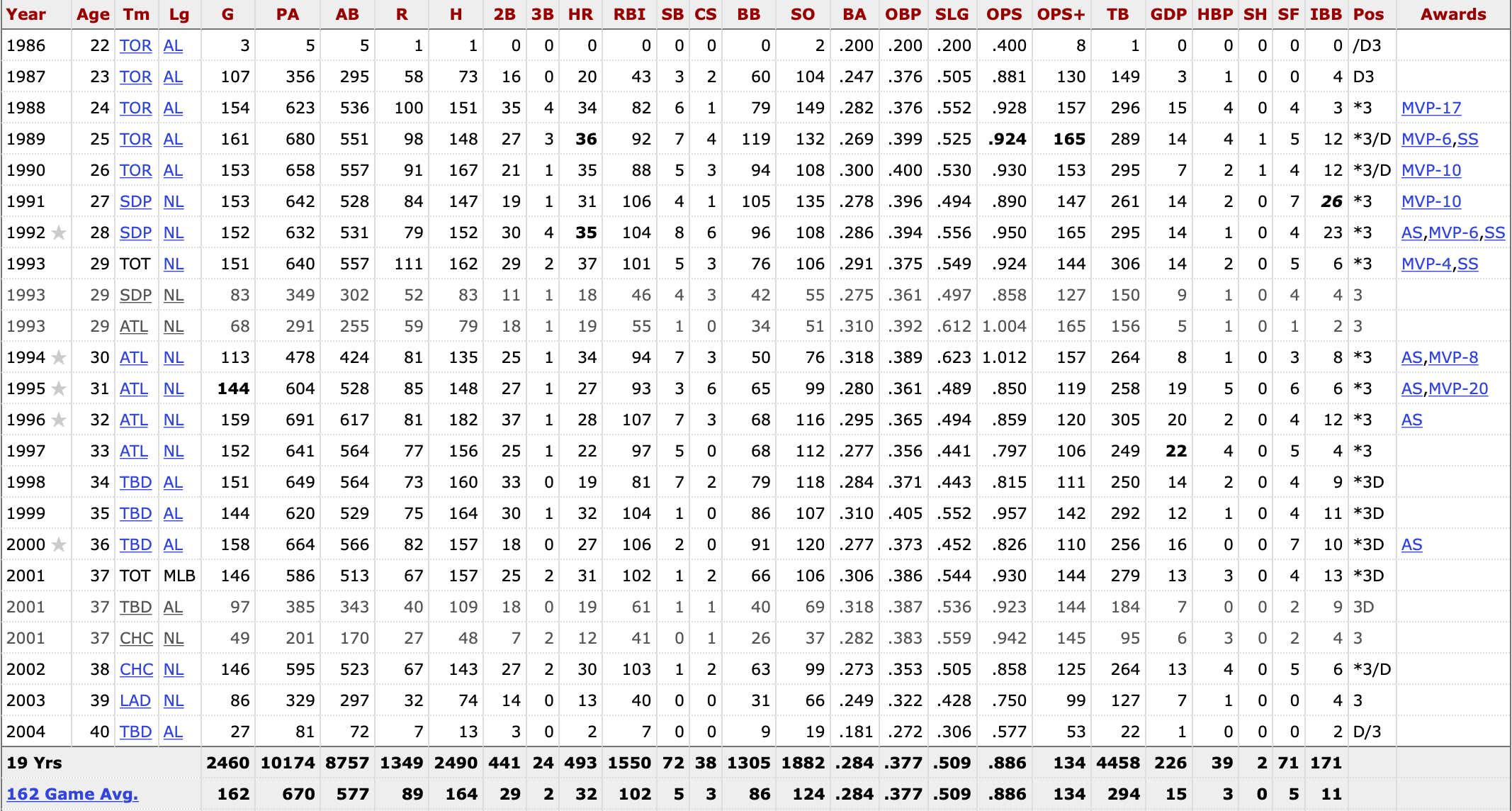 I am all for not turning the Hall of Fame into the Hall of Very Good, but my biggest problem with the baseball writers who decide these things is that if McGriff had hit seven more than his 493 career home runs, I have little doubt he'd already have a plaque in Cooperstown. So many benchmarks used for consideration are so arbitrary and neglect a player's entire body of work.

I'm glad McGriff — at least publicly — isn't too upset about it, but I am. Put the Crime Dog in.