Late one February evening in 2005, Kerri Rawson went online and listened to a recording of the BTK killer from 1977. It was a 911 call, a chilling dispatch in which the caller casually reported a homicide he had just committed to the police. Seized by fear and disgust, Rawson realized she recognized the voice. “I knew right away it was my dad,” she says. ARTICLE

This is not exactly going to be "light reading" material for a Monday afternoon, and you probably already have the Monday scaries because let's face it, everyone is hammered all the time during #lockdownturnup, so I apologize, but this shit is too fascinating to not share. You have been warned, this might ruin your day.

For those that don't know, the BTK Killer was a serial killer that murdered people in the Wichita, Kansas area. He killed 10 innocent people from 1974 to 1991, with his first victims being a whole family, including two young kids. BTK stands for Bind, Torture, Kill, because thats what this sick fuck liked to do to his victims before he killed them. He would stalk you for a while, figure out your routine, then he would sneak into your house, lay in wait, and then BTK you.

BTK's real name is Dennis Rader, and from pretty much every account out there, nobody suspected this dude was secretly a serial killer, which seems to be the common theme with these freaks. He used to write crazy letters to police, mocking their inability to capture him, which is how he eventually got caught. Basically he toyed with the police too late in life, with technology he didn't fully understand, and they were able to trace a floppy disk he sent them to the CHURCH he worked at. BTK thought he had some kind of sacred relationship with one of the cops he had been taunting, and when that cop lied to BTK, which led to his arrest, BTK was shocked. That's how deranged this maniac was, that and he killed people for pleasure of course. He was arrested on February 25th, 2005 and was sentenced to die in prison. His last murder took place in 1991, he was a free man until he just couldn't keep his mouth shut, he needed the recognition.

This interview I stumbled upon is with his daughter, Kerri Rawson, seen above who wrote a book about her life as a serial killers daughter. I just found this story especially fascinating because BTK wasn't your typical reclusive serial killer. He didn't live alone or in the woods. This dude raised a family and danced with his daughter at her wedding! He was a compliance officer for the city and worked at his church. By all accounts he was a loving family man and father, until he wasn't.

The book’s portrait of your father is complicated. In some parts, you describe him as being a loving father and family man before his arrest. You also talk about how he had this temper and occasionally became violent. Do you still consider him a great and loving father? How do you reconcile these two sides?

Like 90–95 percent of the time, he was a good dad. I’ve been told, “Every day of your life is a lie because you never lived with the man you thought you did.” The fact that he murdered seven people before you were born and three after—that automatically makes him not a good dad. But my therapist said, even if it was a lie, it was a lie I believed. I had a father raising me. I had two parents raising me. If you ask me to try to reconcile it, my brain will explode. I’ll have to go, like, take a nap. I’m a trauma victim. I still deal with PTSD today. If I try to think about living with BTK [instead of] living with my dad, it’s not a good place to be.

I know that he cared for us and loved us. That side of him wasn’t an act. I’m not ever trying to defend anything my father has done, because it’s not defensible. But I think it’s important for people to understand: I did lose my father. I think it’s important, from a criminology aspect, to show that he was a father and a husband and a co-worker. You hear that my dad’s a psychopath and he can’t have feelings. I argue that he can.

Holy shit, can you imagine growing up your whole life thinking your fucking DAD was just a normal and loving man, then one day WHAM!! He's arrested for being one of the most sought after serial killers of our time, that will make you spit out your oatmeal from time to time. This dude danced with her at her wedding, then BOOM, your dad was living a double life and has killed entire families!!

When the FBI agent first told you your father was BTK, you thought it was a mistake. Was there a specific moment when you realized he really had done these things?

I don’t know if I can pinpoint the exact moment. You’re in shock, but bits of reality will break in. I was sitting there with the agent, at first defending my father and saying, “It’s not true, you’ve got the wrong guy.” And then I remembered that my neighbor lady had been murdered in ’85 and as far as I knew, that hadn’t been solved. I was 6. I remember how much that hurt me to even say it out loud and realize my dad could have been that murderer.

Even this far out, I’ll live my normal daily life and won’t be thinking about my dad as BTK. And then—say I’m in page edits—it comes back to me: “Oh, Dad’s BTK.” That breaks into your head and it still stings. It’s been 14 years. It’s just so out there and so crazy that I still have that “Oh, my dad’s BTK” moment now.

How do you forget that, kudos to her for being able to forget it for more than a second. The dude used to tuck you in at night and then go kill people.

Was he planning to murder again?

Yeah. In 2016, when Katherine Ramsland’s book [about him] came out, the Wichita Eagle did a piece [saying] my dad was going to murder an 11th woman, supposedly in October of ’04. My dad said he was actually at her house and then he saw a repairmen or something and left. Just Google “BTK’s 11th victim,” you’ll find it. I was pretty surprised because I hadn’t heard that until 2016. But my dad’s full of BS. It’s hard to know what’s real and what’s not real. I do know detectives think it was true and talked to the person my dad had targeted and stalked. My dad says in Ramsland’s book that he was going to commit the murder and then go on a campout with his family. Instead of committing the murder, he just went on the campout. I actually have a photo of him on that campout. I didn’t find out until ’16 he was going to murder somebody on that day.

What's wrong dad, you seem a little down? Are you dissapointed in something? HOLY FUCK!

Apparently he was planning on murdering one of his employees that worked for him. Imagine knowing the rest of your life that you were being secretly stalked by your boss, who was a notorious serial killer, and that a repairman saved your life. Not enough ambien in the world for me to sleep after learning that shit. 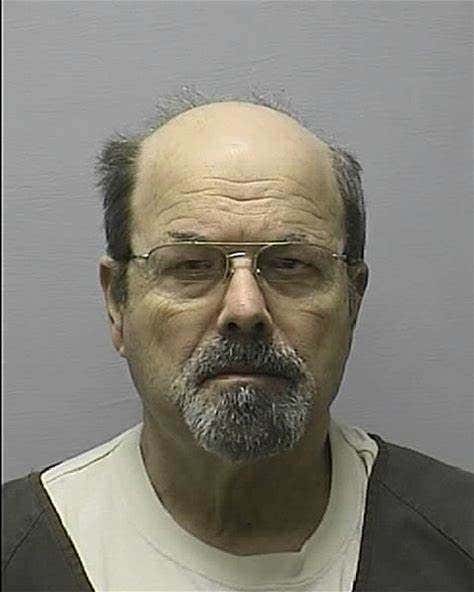 You’ve mentioned sick people who idolize your father. Do these people harass you on social media?

I get trolled. It’s a combination of being hit on and somebody saying they would like to kill you. In June, somebody took a picture of my father and me fishing and made a Father’s Day card and tweeted it to me. And said: “Happy Father’s Day.” Weekly I get asked, “How could you have not known?” I also get, “You’re not a victim. You don’t have the right to share your story.”

A combination of being hit on and somebody saying they would like to kill you? Talk about mixed messages. This poor woman is out here just trying to cope with her PTSD and her fucked up reality and people are sending her Father's Day Cards? Damn, people are mean.

Are your children old enough to understand who your father is?

When my daughter was 5—she’s 10 now—she was like: “Where’s my other grandpa?” I told her, “I have a dad, his name’s Dennis, and he’s in jail.” She didn’t even know what jail was. So I tried to explain it: “It’s a really long timeout.” She was like, “When will he get out?” “Well, he won’t ever get out.” Now that they’re older, they’ve known for years what I’ve been writing about my life. And they’ve seen pictures of him.

I mean, don't you think you have a story in place for this question? Like maybe, grandpa died of a heart attack before you were born sweetie, his name was Michael!