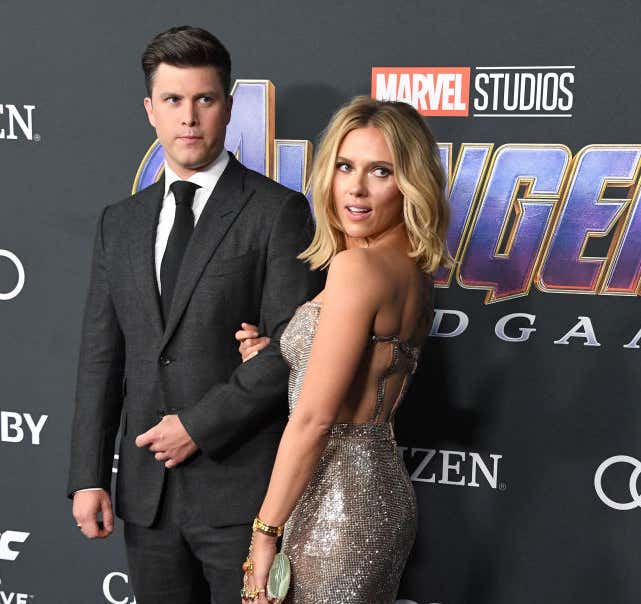 Over the weekend Parade published an interview with the unbelievably gorgeous Scarlett Johansson. She talks becoming a super hero, falling in love with Colin Jost, and being a New Yorker. Most importantly she discusses her affinity towards the greatest organization in human civilization: The New York Yankees.

The passion ignited at a tender age and never subsided. Was it a problem that her family didn’t follow suit? Not at all. Young Scarlett Johansson was determined to live out the dream of…being a New York Yankees fan.

“They were killing it when I was in high school,” the actress says of the 1998–2000 World Series champs. “They had this incredible all-star team.” So, while her grandparents, parents and siblings were all crazy about the cross-town rival New York Mets, Johansson and her then-boyfriend regularly attended Yankees games in the Bronx, where she rooted for her favorite player, shortstop Derek Jeter. “I loved him,” she recalls. “I used to keep his rookie card in my wallet!”

Now I'm all about rooting for love, but something I won't tolerate is a woman trapped in a hostile environment. I mean look at this shit. This is a cry for help.

Sadly, Johansson’s fiancé has a hard-core obsession with, sigh, the New York Mets. “It’s a sore subject,” she says, shaking her head. “He just told me that he’d rather see the [Boston] Red Sox win than the Yankees win. Like, what?! I said I was just going to ignore that.”

Her fiancee Colin Jost, known best for reading the teleprompter during SNL's weekend update, is a sewer rat Mets fan. He actually tells Johansson that he hopes the Red Sox win a World Series more than her New York Yankees. Classic Mets fan brain where your team is so bad you have to root for a secondary team just so your cross-town rival doesn't win the World Series.

What a prick. He went to Harvard too. What are we doing here Scar Jo?

Also how about this part of the article…

Mets, Johansson and her then-boyfriend regularly attended Yankees games in the Bronx, where she rooted for her favorite player, shortstop Derek Jeter. “I loved him,” she recalls. “I used to keep his rookie card in my wallet!”

Yeah that's right Colin, your fiancee has a gift basket lying around somewhere in your apartment from number 2. She kept his rookie card in her wallet! No matter what joy you think you're bringing her right now it won't ever compare to what the captain used to bring to the table. 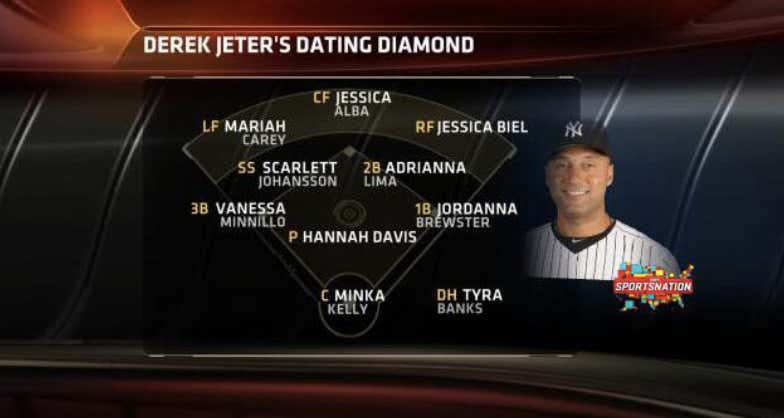