It's no secret that at 42 years of age, Tom Brady is well past his physical and athletic prime. But all things considered, he’s still off to a rough start in Tampa.

According to TMZ, the 2012 People Magazine “Sexiest Man Alive” award winner was “supposed" to pay a visit to former Marshall heartthrob Byron Leftwich but “accidentally” walked into the wrong home. Without knocking or ringing the doorbell.

Now, it’s pretty obvious that Tom Brady, the man who’s capable of masterfully reading the precise actions of several defenders in a split second, didn’t actually confuse two addresses or barge into a stranger’s house merely by accident. In a heavily gated, upper class community, that would be a nearly impossible mistake for any functioning adult to make, let alone an omnipotent Michigan grad and Belichick protégé like Thomas. When I was a delivery driver at Hungry Howie's Pizza in Akron, I had nineteen-year-old colleagues who’d violently smoke K2 throughout the entirety of their shifts and still manage to get the right address on the first try every time.

No, Tom Brady wasn’t confused. Nor was he lost. Tom Brady was trying to christen his new city and establish dominance by "marking his territory" early on.

Tom Brady was trying to fuck the residents of Tampa.

And as the star quarterback in the 3rd horniest metropolitan area in America (per capita), can you really blame him for thinking he had a good shot at making that happen? By now, it's basic social etiquette that if a multimillionaire celebrity enters your home, the least you can do is fornicate with them or politely offer them intercourse. And as one of the most successful and recognizable sports figures in the history of the world, you have to believe that Tom Brady’s confidence took a major blow when he wasn’t even extended a welcome kiss on his weathered cheek by a local plebeian.

TMZ: “I’m sitting here, and I see this big, gross shadow come up to my front door … and I hear my doorknob turning … and I’m like, What the hell? … I was literally just sitting here, and I watch this tall guy walk into my house.” - Disgusted homeowner, David Kramer

Had a younger and hotter athlete like Odell Beckham Jr. or Alex Morgan entered that man’s home, they very well could have fucked. Hell, if this happened in 2004, in a town like Fall River or Woonsocket, when Tom was a spry Super Bowl-winning sex symbol in his twenties, he almost certainly would’ve accomplished his goal (of fucking). Not anymore.

“He didn’t even look at me. He just dropped his duffel bags down on the floor and just kind of looked up at me.” - Kramer

Never mind the fact that Tom's only redeeming quality in the eyes of this repulsed man is his height, do you really think his duffel bags were filled with supplies intended for a short meeting with his offensive coordinator? Do you honestly believe that Tom was bringing bagfuls of footballs and cones to Byron’s house? No, those weren't the type of supplies in those bags.

Tom Brady was on a mission to fuck Tampa Bay before it fucked him. And he failed. 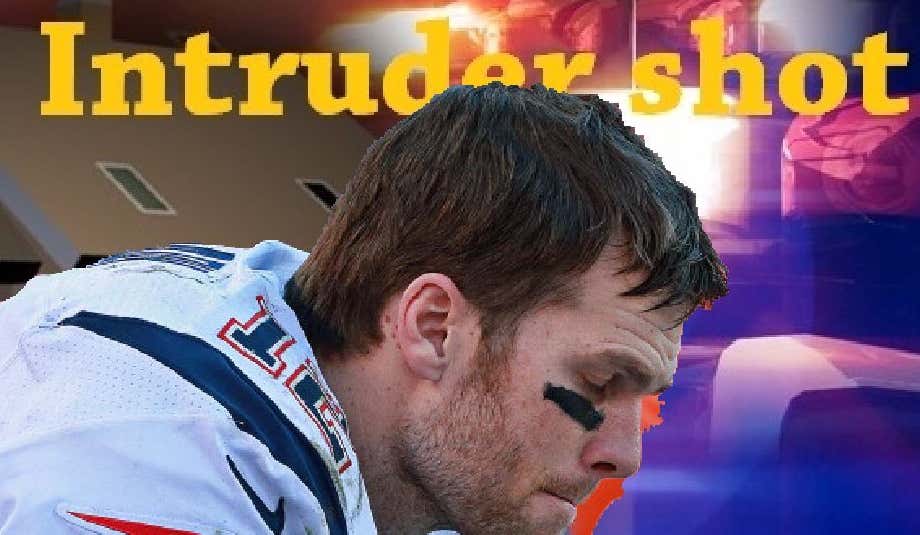 “Brady immediately apologized before bolting out the door.”

Filled with shame and embarrassment upon facing rejection by the likes of a measly Floridian peon, the over-the-hill former star immediately vacated the premises, only to face the morbid reality that is the rest of his future:

Had he been a younger and sexier former Patriot like Jimmy Garoppolo, Danny Amendola, Mel Gibson, or Antonio Bryant, he probably could have fucked.