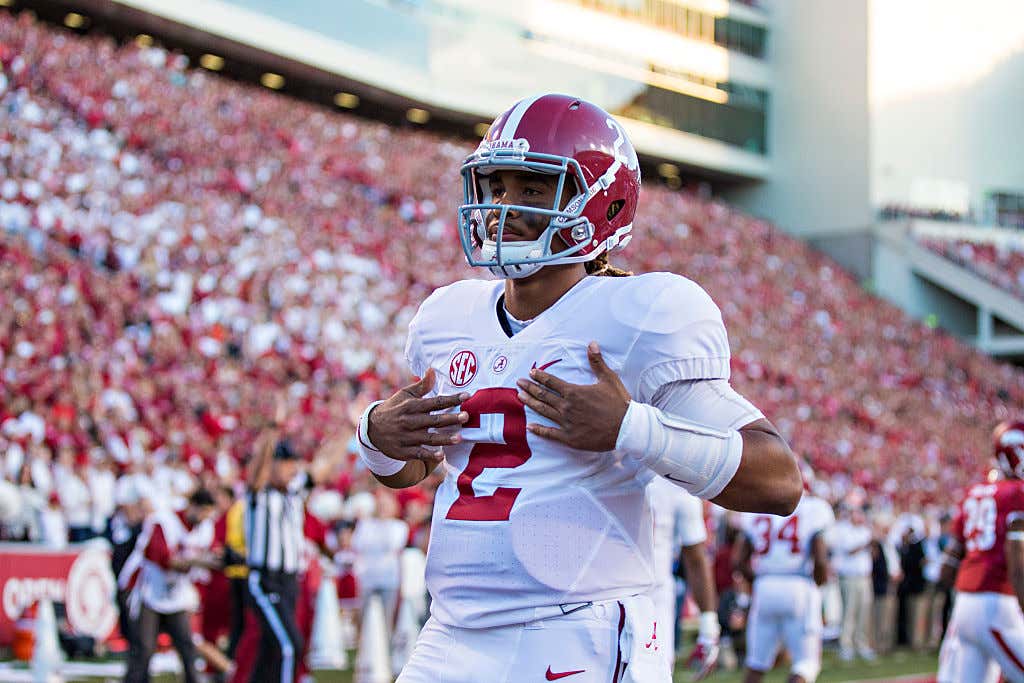 Listen, I know Eagles fans out there are shitting their diapers over this pick and you know what? I'm willing to admit that Eagles fans are idiotic buffoons at time. Many times, actually. You can hate on me for saying that but it's true. But this is the perfect pick for this team right now when you're looking to build a culture in the locker room that was clearly toxic as shit last year.

The Eagles locker room was an absolute mess and now this team is bringing in the most mature player in this draft. Quite possibly the greatest teammate in all of football right now. Jalen Hurts is the type of player who will do whatever is asked of him and always put the team first. This isn't Howie and Doug trying to phase Carson Wentz out. This is them giving him another great leader to rally this team around one another so they can capture that same magic they had going into Super Bowl LII.

Now obviously there's also the insurance aspect of this pick. As much as I hate to say it, Carson Wentz has had a tough time staying healthy for a complete season so far in his career. That doesn't mean that he's injury prone, it just means that he's been aggressively unlucky so far. So if Carson just so happens to get hurt again, Jalen Hurts is a proven winner who will be able to fill in seamlessly. No offense to Sudfeld but I'll take Hurts going in about 100 times out of 10 over Sudfeld.

This also opens up the playbook so much for Doug Pederson to let those balls fly. So many gadget plays. So many more opportunities for him to go full send on a Philly Special. The Philadelphia Eagles now have younger Drew Brees and better Taysom Hill. I don't understand what there's not to love about that.

And most importantly--Howie Roseman has finally turned his brain on and decided to draft a Nick Saban product. Technically it's still not a pick from Alabama but Jalen is as much Nick Saban as anybody else who has ever come out of Tuscaloosa. So the Eagles get an elite backup for Carson, they get an elite leader for the locker room, and they finally draft someone who has been developed by Saban. If you're an Eagles fan who is hating this pick right now, it's because you're too simple minded to see the big picture.

P.S. - Hey, Jalen. If you're reading this right now, I'm getting married in October. I'll save you a spot as a groomsman if you want. Either way, open invite to the reception. Talk to you soon.