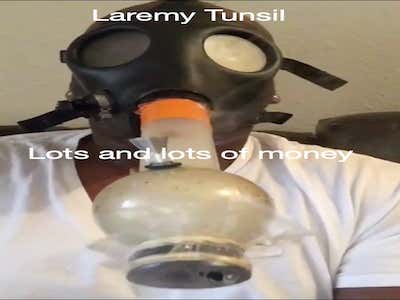 Just wanted to shout out Laremy Tunsil for securing the bag years after it looked like millions of dollars went up in smoke (get it?) when someone hacked his Twitter and uploaded that video of his smoking weed out of a gas mask, which was an all-time scumbag move. 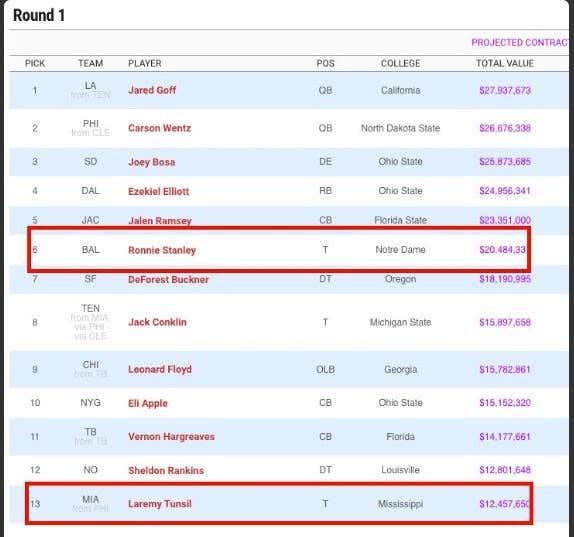 A college kid smoking a marijuana? BLASPHEMY! What's next? A college student being paid more than room, board, and a meal plan to play college football at a major D1 program that makes zillions?

Whoops, not sure how that got in there! It doesn't matter thought because Tunsil is a professional football player *turns on Mike Francesa voice* where they play for pay. Not only is Tunsil getting getting paid to play, but he won't be paying a whole lot of other people now since there is no state income tax in Texas (bet you didn't know that!) and he negotiated his extension as his own agent.

Now I'm pretty sure Laremy could have walked into that meeting smoking meth out of his gas mask and been paid the same amount down to the penny considering Bill O'Brien's reputation as a negotiator even when he's not bent over a barrel by a player who had leverage based simply on what he was traded for.

BoB took care of a good chunk of this problem by shedding DeAndre Hopkins off the books in the future, so that's good for the people in accounting I guess. While Deshaun Watson may be bummed he doesn't have maybe the best receiver in football on his team anymore, at least has his blind side covered for the next few years as he throws to whichever of these receivers are healthy that given Sunday. 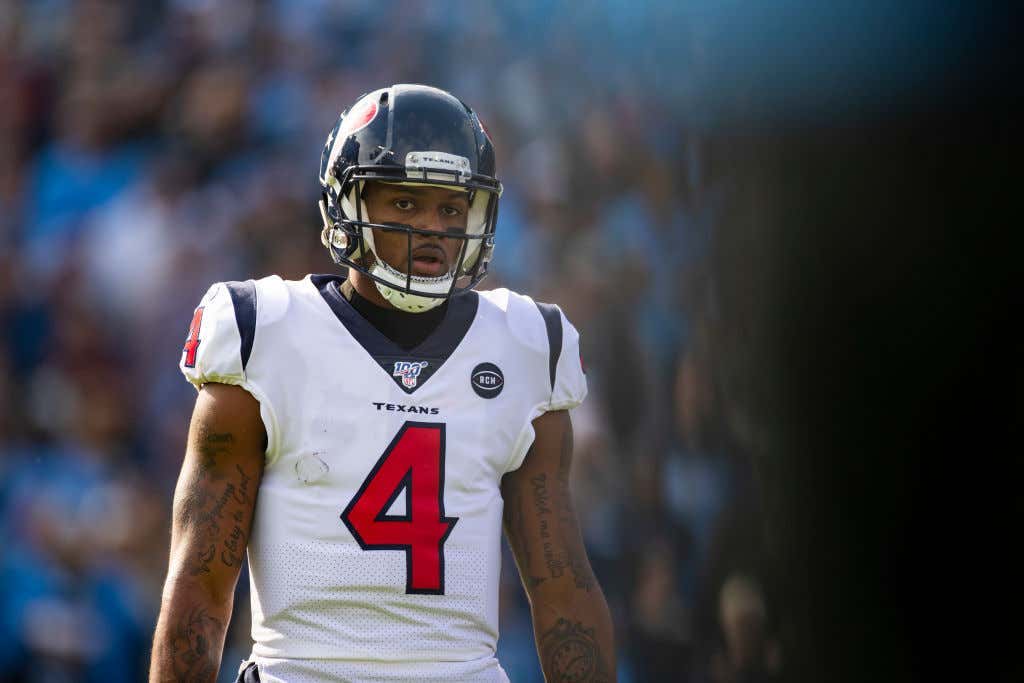 Anyway, congrats Laremy on making back the millions you may have lost that fateful night. I am no longer angry at the Giants for passing on you for Eli fucking Apple since I think they drafted the left tackle I was hoping you would be last night. Anyway, I hope you can think of a good way to celebrate the big payday!

P.S. You see the first Left Tackle that got pick in Tunsil's draft? He just was named first team All Pro and is an unrestricted free agent next season. Lets see how Ronnie reacted to seeing Tunsil's contract with Laremy never making an All Pro team.