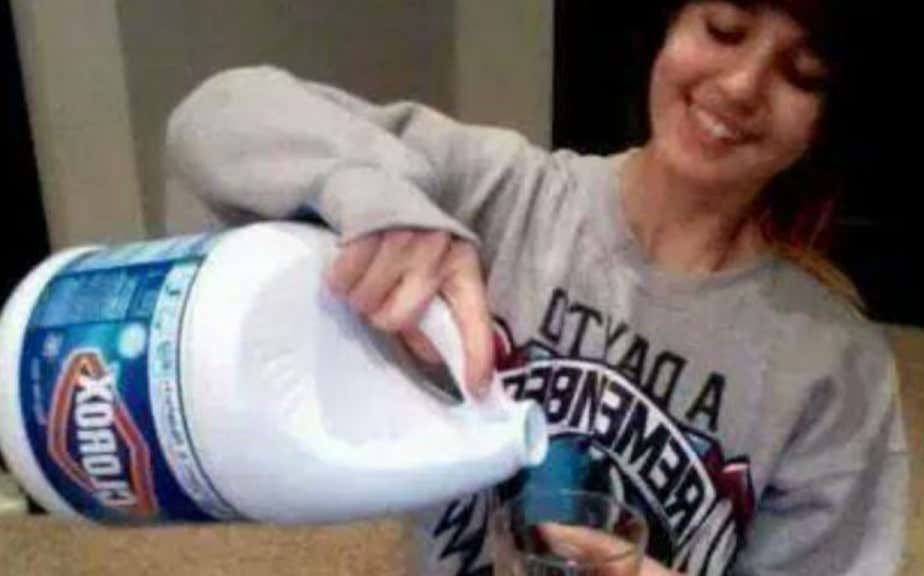 Hot debate on the Internet today: should we be drinking bleach? Now, it's not as open and shut as you might think. In a now-deleted Tweet, the NYT said only some experts seem to think it's bad, 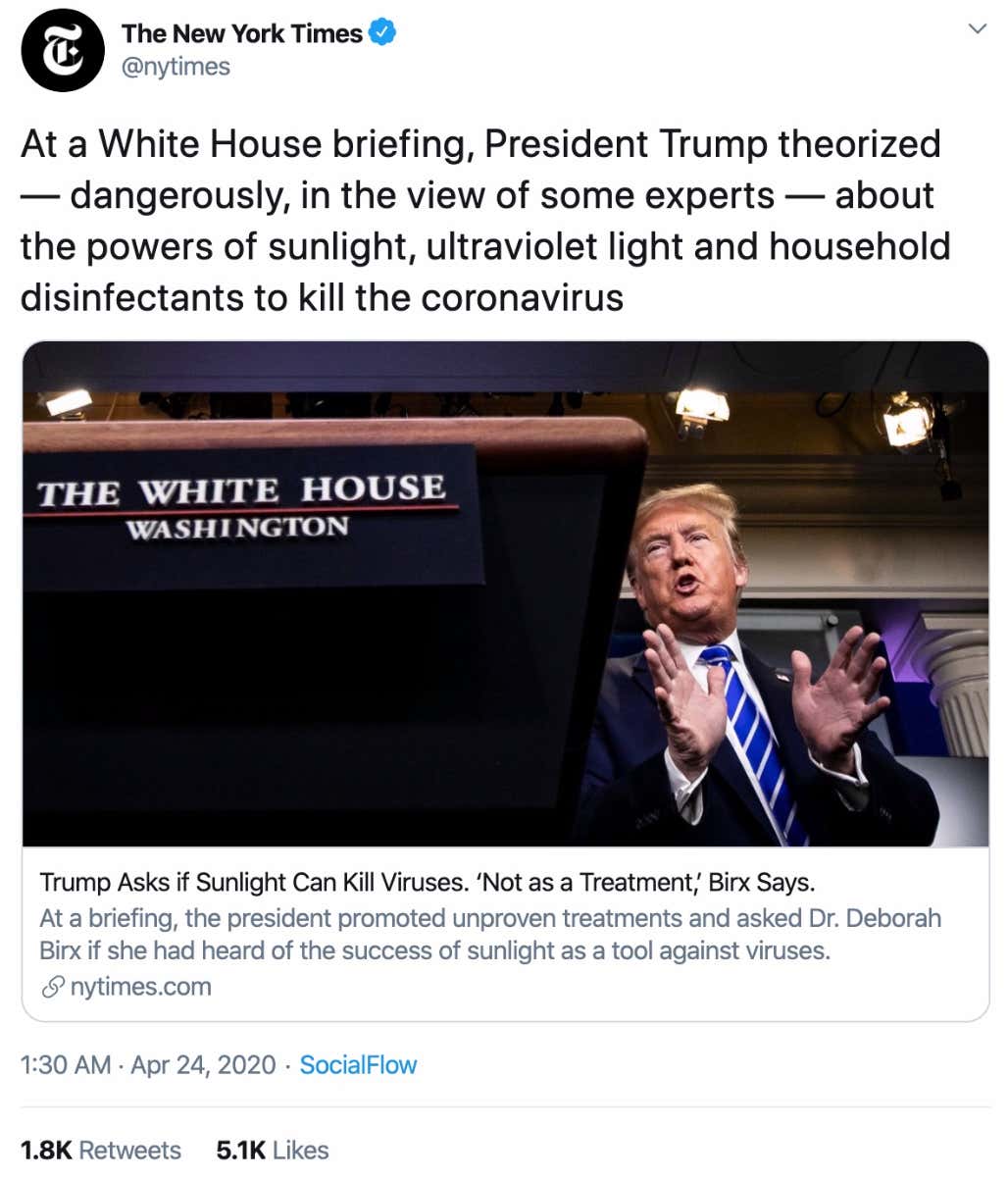 which I think is a pretty fair take, as I haven't heard all experts come out and denounce it, have you?

As it turns out he was being sarcastic when he said it's worth exploring if Bleach can clean the body from the inside out, so I'm glad that is out of the way. And don't make this political PLEASE, if you, on either side of the aisle, can't laugh that someone in power suggested that (whether sarcastic or not) than you need to stop taking stuff so seriously. Regardless of party lines how can you not face-palm that today's news cycle has revolved around if we should be drinking Bleach or not? What sort of sim are we living in?

Also, what's a fair o/u on people who mixed a little bleach into their morning coffee this morning "just in case"? I'd set it attttt...man I don't know, it's a bigggg country and we have a lottttt of dumb people, so....48.5? That seems low, but then again, we're talking about literally drinking Bleach. I'd hammer the over.

Pocket jacks are great! Jacks are the 4th best starting hand in hold em and will win approximately 78% of the time against an opponent's unknown hand: 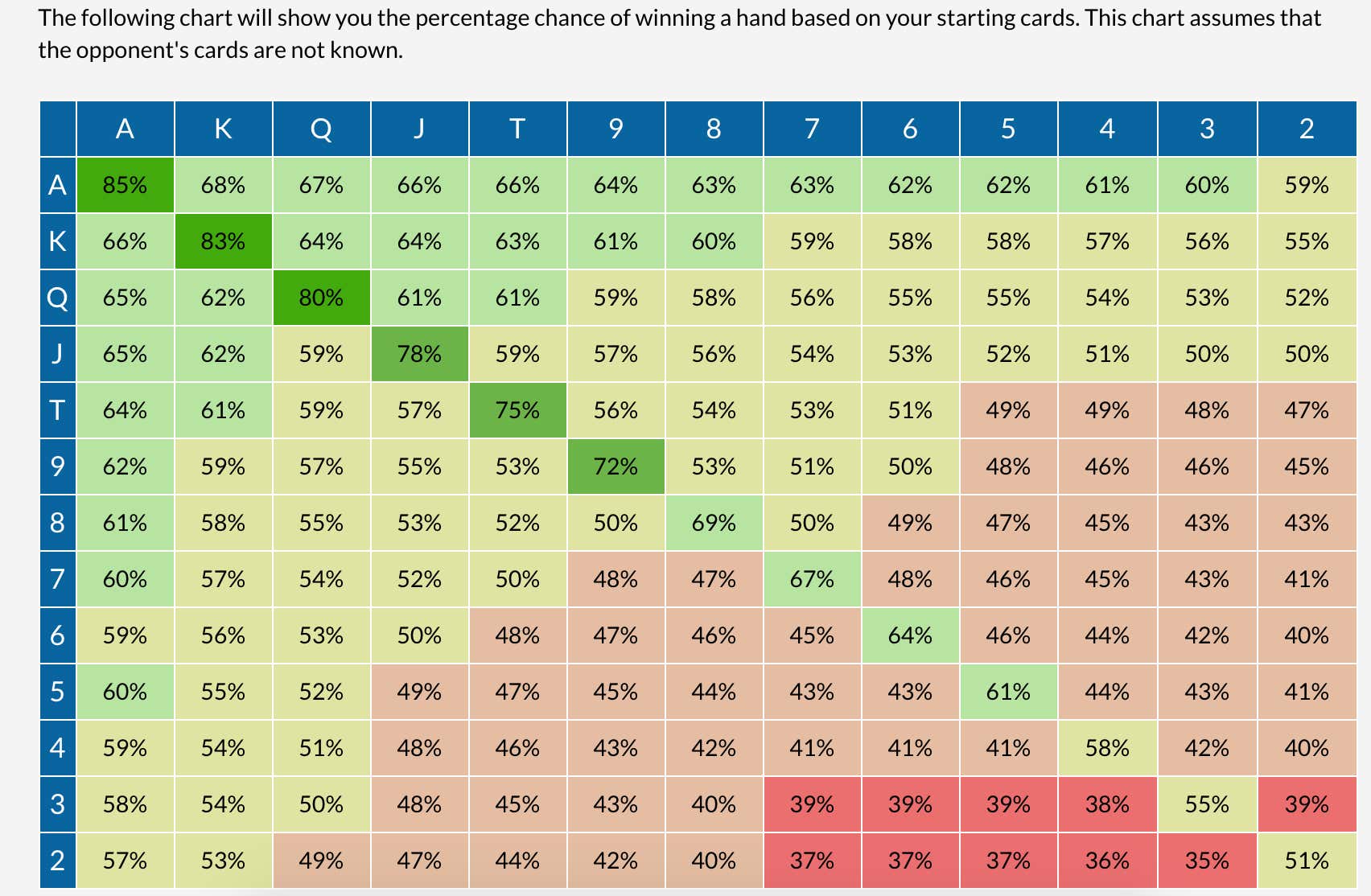 Don't be scared of Jacks. Jacks are your friends. Just make sure to flop a set with them, makes it a lot easier.

I'm woke to just about everything now. Typing some might get me in trouble but I think there are so many variables that go into so many huge events that it'd be silly to take anything at face value just because the government said that's how it happened. I'm a big believer there are people we don't even know about pulling strings and putting things into motion. I guess an easy one is I'd like it confirmed that we never went to the moon. Just seems so incredibly convenient we put men on the moon exactly when we did and we're the only country that has put men on the moon and China/Russia/Japan is like meh, whatever. There's something fishy going on there.

Or aliens. But I think we already know about aliens. And my theory is we care about aliens WAYYYY more than aliens care about us. They look at us like ants. Like they see us manually building something the same way we watch an ant struggle to bring a crumb of bread back to it's little hole in the ground. Aliens have better things to do than worry about a bunch of idiot humans who are drinking bleach.

Honestly I like both. Strawberry spreads better and has a better taste, grape is for when you're feeling down and dirty. Also I feel like we sleep on butter and jam way too much. A toasted bagel with butter and jelly or jam is so good. I know a lot of people like cream cheese and jelly as well, but that's not really my speed. Damn I want a butter and jelly biscuit right now too.

It's one city block.

So hey everyone, have a good Friday. Be nice to each other. Spread kindness. Remain hopeful. And don't drink bleach.