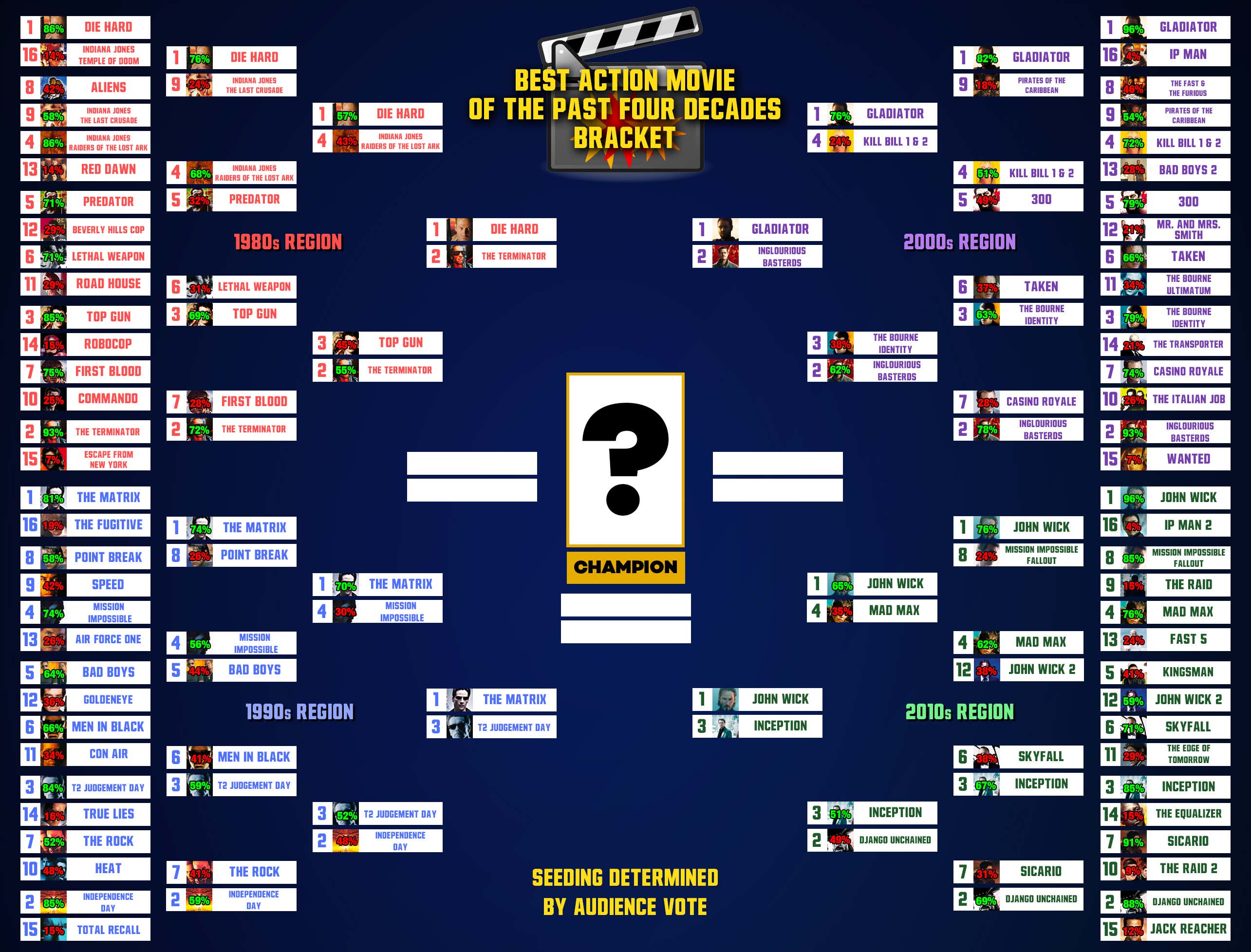 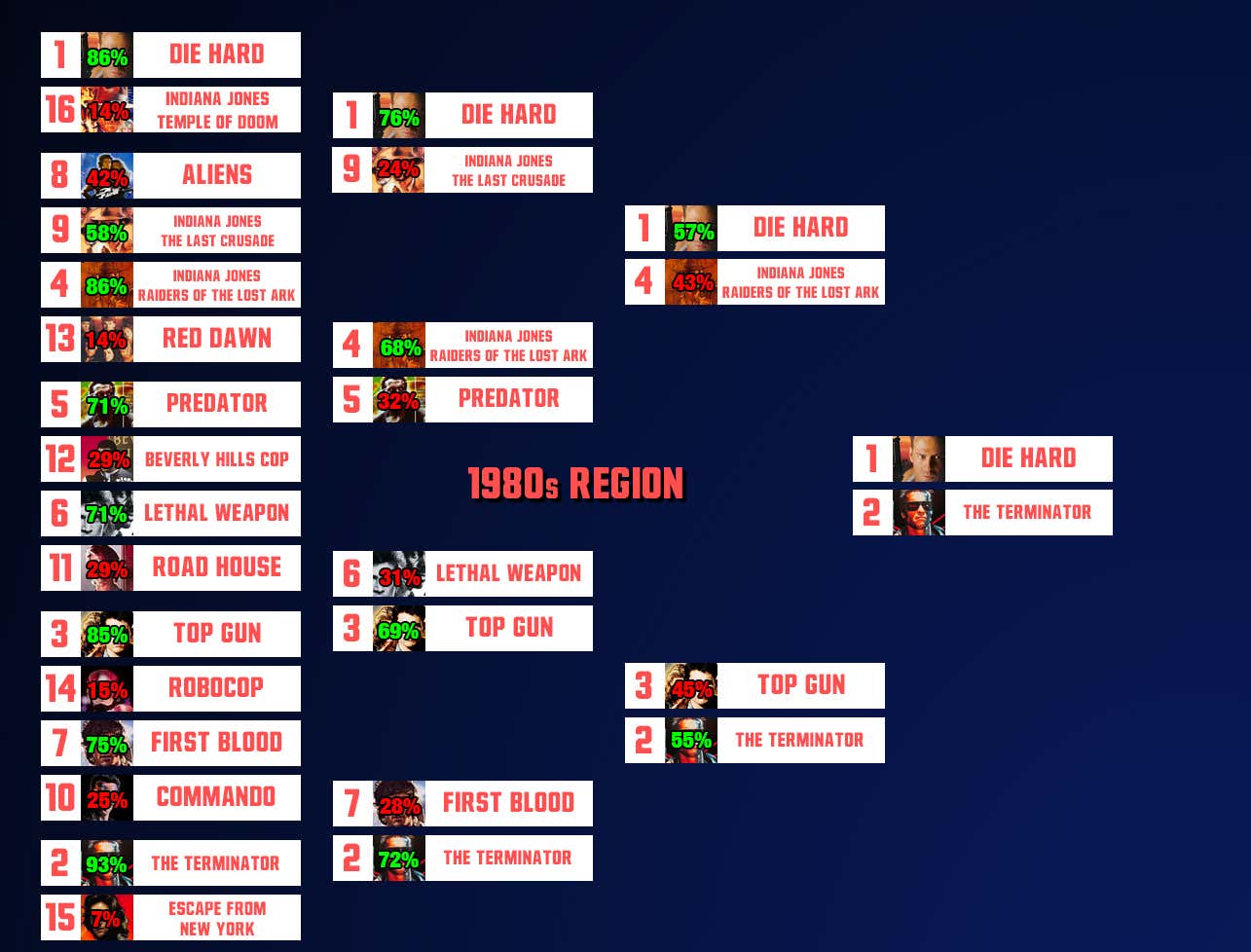 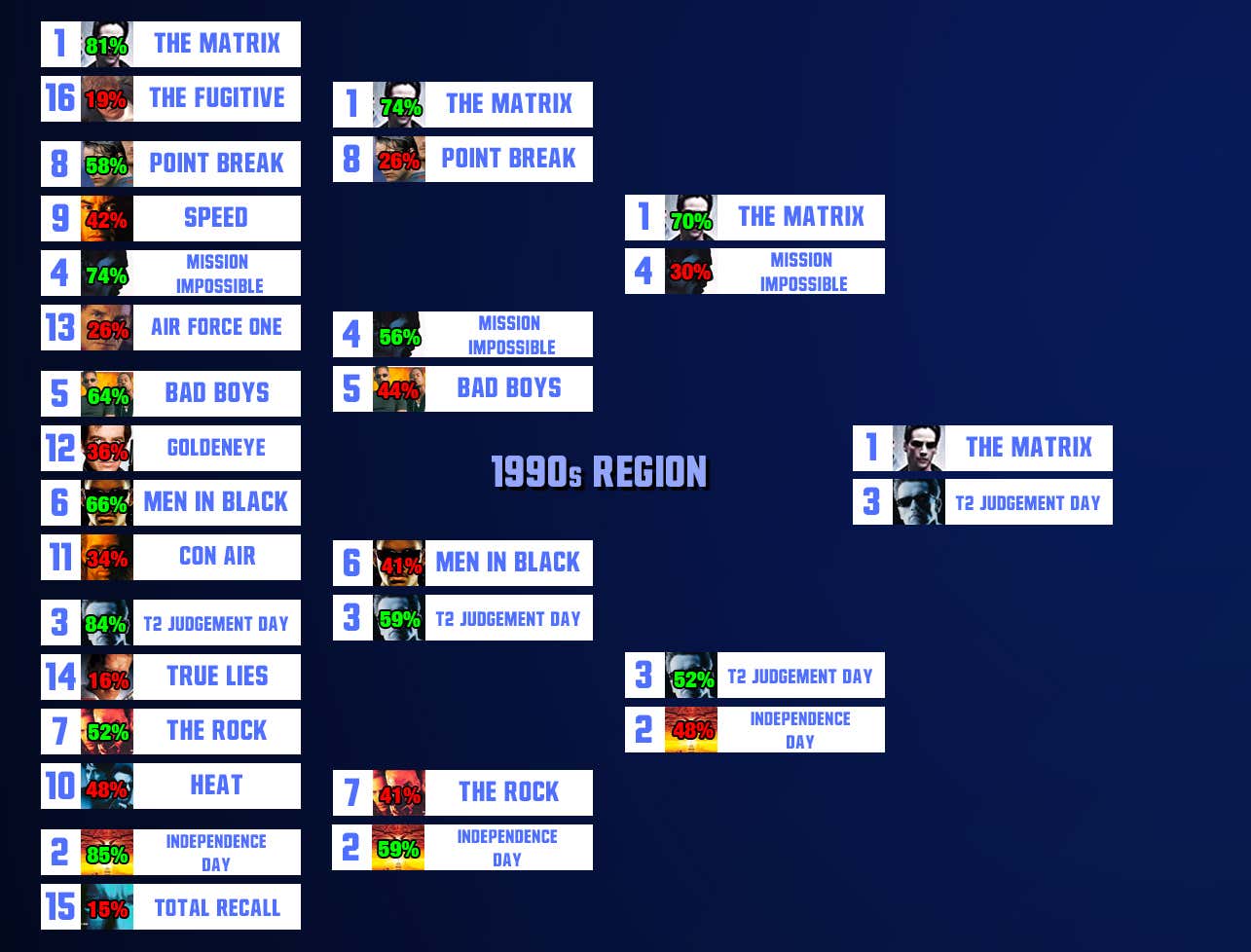 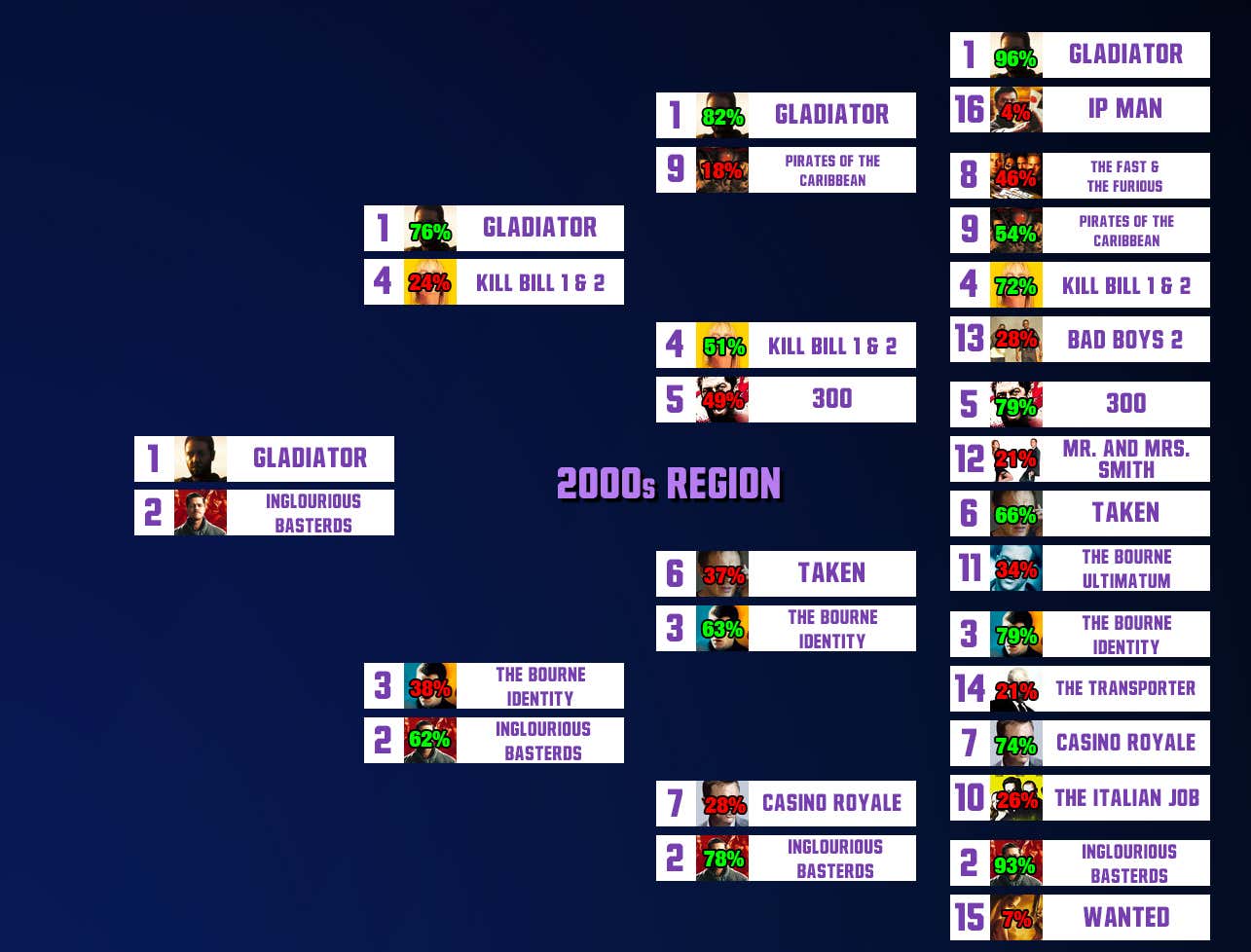 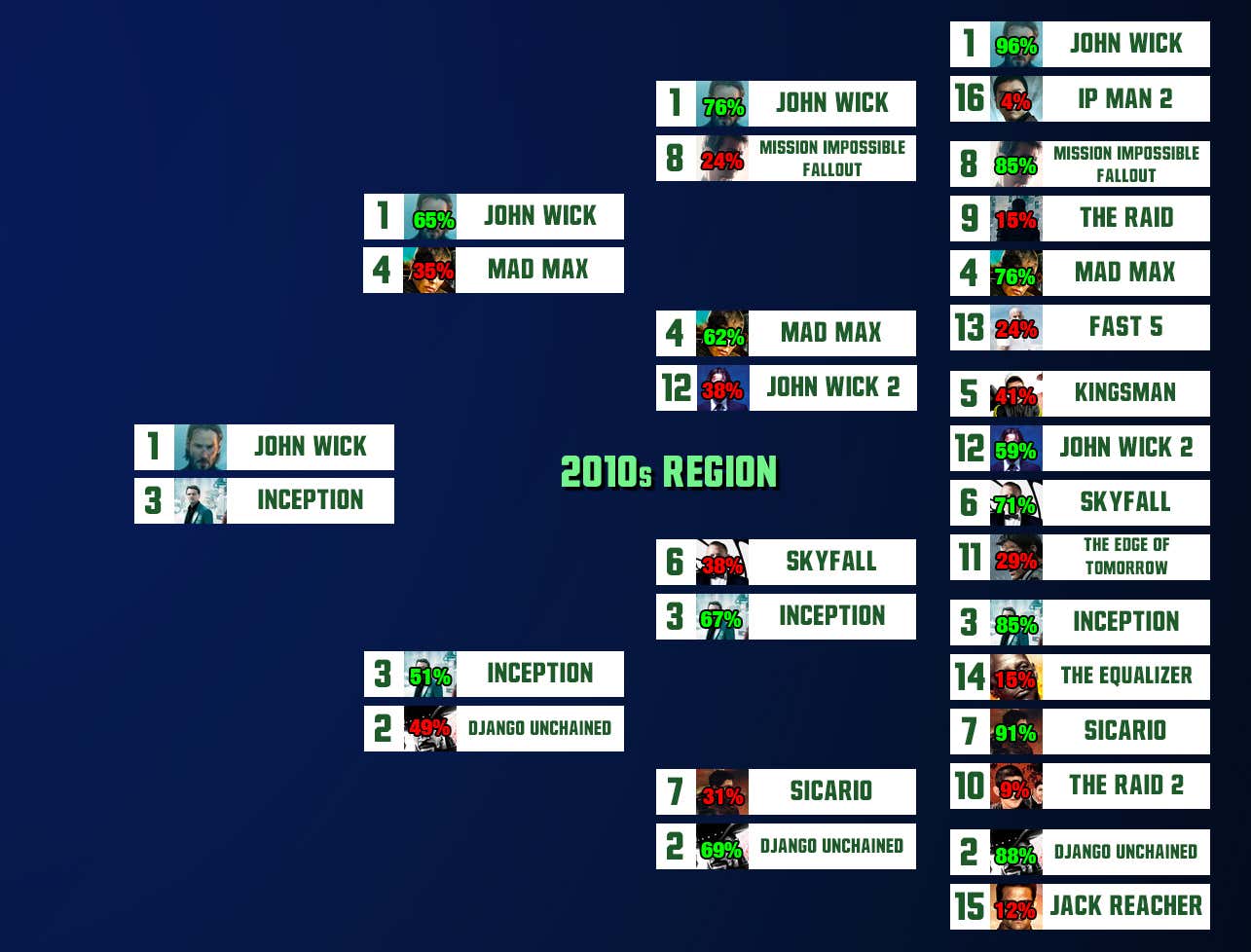 This tournament has been chalkier than a mouthful of TUMS, but we are really getting into the nitty gritty now. 'Inception' v 'Django Unchained' was the closest margin of victory in this whole thing so far, and T2 vs 'Independence Day' was a nailbiter as well. To me, that is a little nuts. I love 'Independence Day' as much as the next guy, but T2 is on its own level. That said, this is why you guys control the vote and not my dumb ass. We are on to the elite eight where you guys will decide which movie represents each decade in the final four.