***DISCLAIMER: The following blog was written by Billy Football. Thoughts and opinions do not represent the views of me, Jake Marsh. I am just helping Billy get the blog posted.***

All I was trying to do was clean out a run-down old barn/shed so I could throw a couch in there and play pong and beer hockey with my boys. I was cleaning up a pile of 2x4s when I saw ball of white and orange fur dart underneath. Lifted it up and found 4 kittens. So the guy who owns the barn, let us call them Football Sr., hates cats, loves dogs. Anyway, I go to tell Football Sr.

“Yo, got a surprise for you”

“You better not have gotten anyone pregnant.”

“No, I found a bunch of kittens”

“I woulda been less mad if it was a baby, I hate Cats”

Anyway, after finding where the rest of the kittens were, 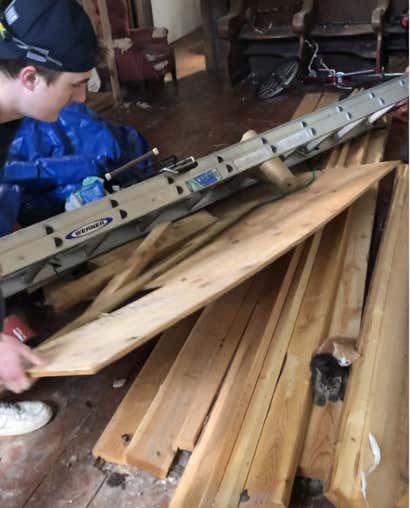 I was told to get rid of the kittens. So I was now given custody of several Kittens and had to raise and rehome them. Long story short I took the kittens to the Berzerker bunker and built them a pen out of medium density fiberboard and door hinges. Keep in mind I have never had cats in my life and no idea what to do with them. 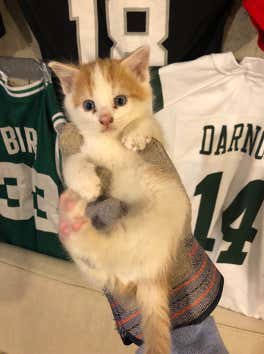 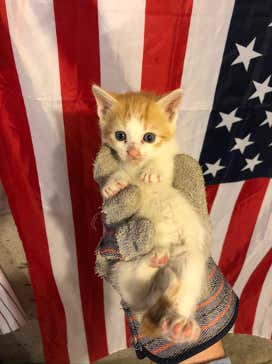 So with the help of google, I fashioned a litter box and figured out I had to feed them twice a day at their age. I gave them ample 30-rack boxes to climb around in to simulate the barn they used to play in. They ate solid food mixed with milk at first but as of now, they eat solid food. 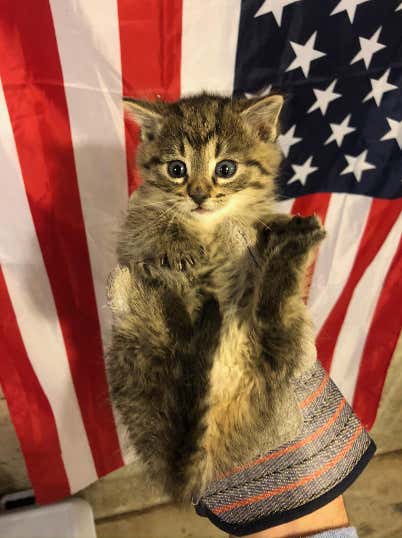 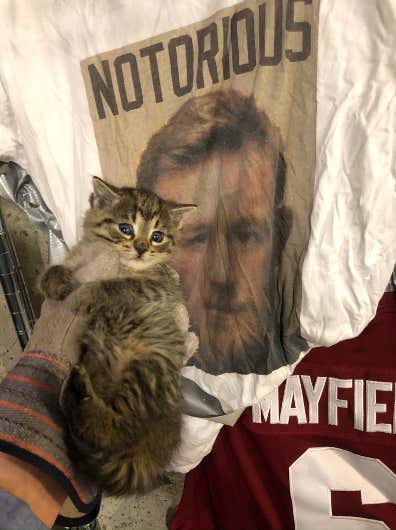 Now once word got around I had kittens, and really wanted to get them off my hands, I came to the realization that everyone wants to come and play and help out with the kittens… but not necessarily own the whole kitten. Its this idea that they love doing all the things that are required to own the kitten, but do not want the commitment to having the kitten themselves. Now I realized I could use kitten time as a bartering component.

“Hey, can I come to see the kittens?”

“Yeah you can come over and feed them!.... but also check on their litterbox maybe replace the newspaper”

What I ended up realizing is that I could legitimately do very little care and maintenance of the kittens as long as I could get other people to do all the work in exchange for playtime with the kittens. 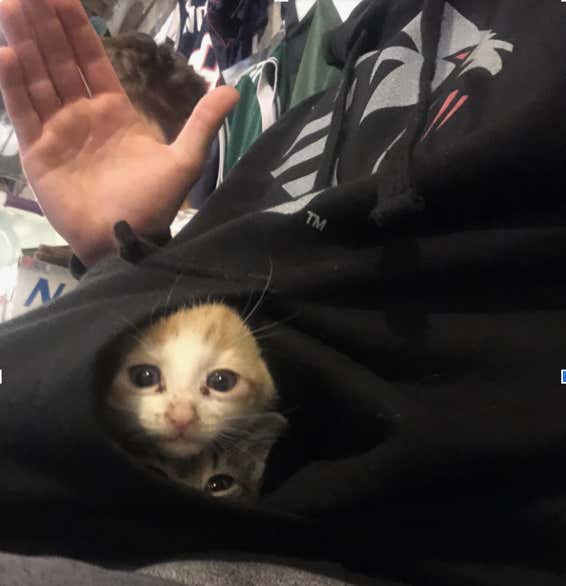 This is when I realized I was the Kitten King, Billy Domestic if you will.

I began to trade kitten playtime for other items, such as, kitty litter, natural light, dip, or even paying for their shots and vaccines. 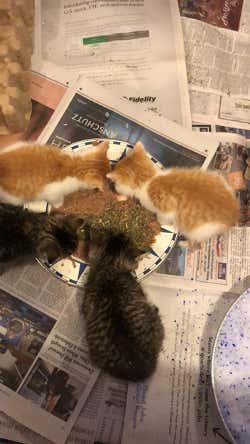 Barn Kittens eating Catnip Edibles and getting high as balls.

I slowly realized that the power I held over other people was much larger than I could have ever imagined. I had people lending me mini-fridges, internet routers, all for the sake of the Berserker bunker, and “adopting out the Berserker kittens”.

This is when I realized it had all gone too far. 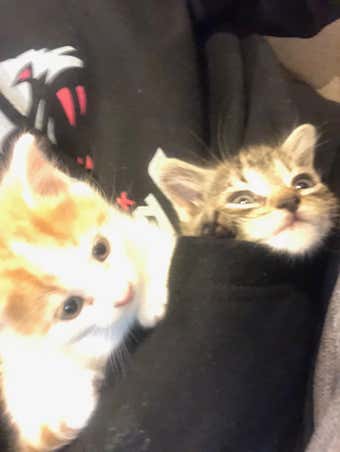 I hope this provides a warning to all of the power of Cats. There is a scientific study that says cats and kittens have the same eye to head ratio as humans, and their body weight is similar to babies. It causes a primal response to care for the kittens and cats. This trait more prevalent in females. The power of cats can be addicting, Your neighborhood cat lady does not have a psychological issue, rather and addiction and we should be treating them as such. Many crack dealers have turned regular people to crackheads and manipulated them with that power. I saw the beginnings of Kitten addicts who I could manipulate to my will. All the kittens have found homes. I have been trying to check myself in regards to the power of these kittens, This x100000 is probably the power Joe Exotic felt with tiger kittens, the same power that can turn a straight-man gay, keep Doc Antle’s Harem together, and cover-up Crooked Carole Baskin’s crimes and her Cats and Kittens Cult of free labor together. BEWARE of CATS. #teamdogs

Lil extra info on other inhabitants, Ebony the frog currently in antibacterial solution isolation due to contracting a bacterial infection called “Bloat” it caused the frogs to swell up like a balloon, and in dire circumstances, I might have to pop the frog with a pin to alleviate fluid buildup. 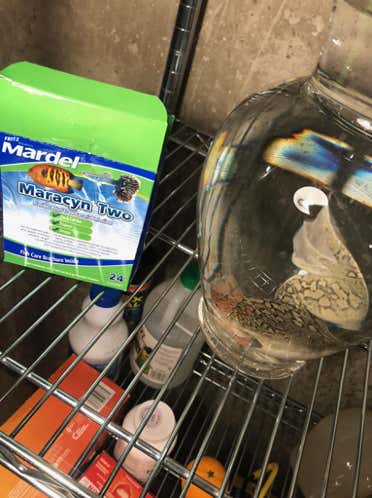 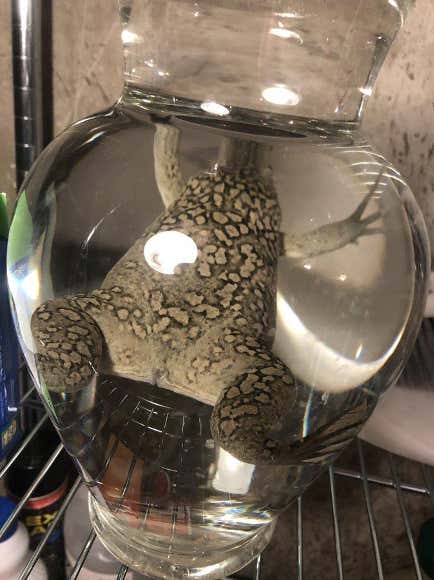