I'm just minding my own business, trying to put out good content and inform Stoolies about something I'm passionate about, the NFL Draft. Then I come across this blog, from our very own former NCAA College Quarterback, Caleb Pressley. Very well written, best work you've done in months Caleb!

Your blog was nothing but fair and honest criticism, something I hope to mirror in this blog. You were spot on in that I did only nail four correct (12.5%) team/slot/player in my final mock draft. I should note I did have an extra player/team correct and extra slot/player correct, but that's neither here nor there. It should also be noted that even the best prognosticators in the game like Daniel Jeremiah (seven correct - 21.9%) and Mel Kiper Jr. (six correct - 18.8%) were only slightly better.

And after an enormous gaffe in which I incorrectly reported a pick that was fed to me, I deserve a lot of criticism after last night.

It was a move that shook me to the core. A guy who has been in my corner for my entire tenure here even decided to pull a Green Bay Packers move on me and make it a two horse race for the role of Sr. Draft Analyst.

Since I'm a thorough guy, I figured I'd do some research on my competition. The only real analysis I've gotten from you over the years was you thought Will Grier was "the best Quarterback in the Draft" last year. A season in which four other Quarterbacks who have all shown a degree of promise (Kyler Murray - AZ, Daniel Jones - NYG, Dwayne Haskins - WAS, & Drew Lock - DEN) were picked ahead of him. I'm sure through all your diligent research, which likely included attending a game that West Virginia played in for work, you found that to be the case. But I also am sure you believed it in your soul, likely because you were unaware of most of the other Quarterbacks' existence.

I'm not going to pretend to have watched a lot of Will Grier tape from last season and I don't necessarily want to encourage box score scouting, but when Will Grier puts up these type of numbers in his rookie year, I'd say that's not a good sign of future success. For reference, Grier's 7.7% interception rate was higher than Jameis Winston's interception rate of 4.8% last year, a season in which Winston threw 30 INTs.

But hey, at least the guy put up some numbers! Because I'm a thorough individual who will put more than two sentences into a blog, I decided to go a step further and take a look at your numbers from college and boy was I surprised. Turns out, you and I had the same amount of total yards: 0.

I was also surprised because even though you were a Quarterback, it didn't even have a section for passing as you never attempted one. Who knew that #16 UNC Jersey that used to hang in the old Barstool Radio studio was a game worn jersey! It was so clean!

Anyway, I wanted to go a little further and take a look at what type of game you got in for and it looks like it was the 2012 season against Idaho. A 66-0 shellacking! 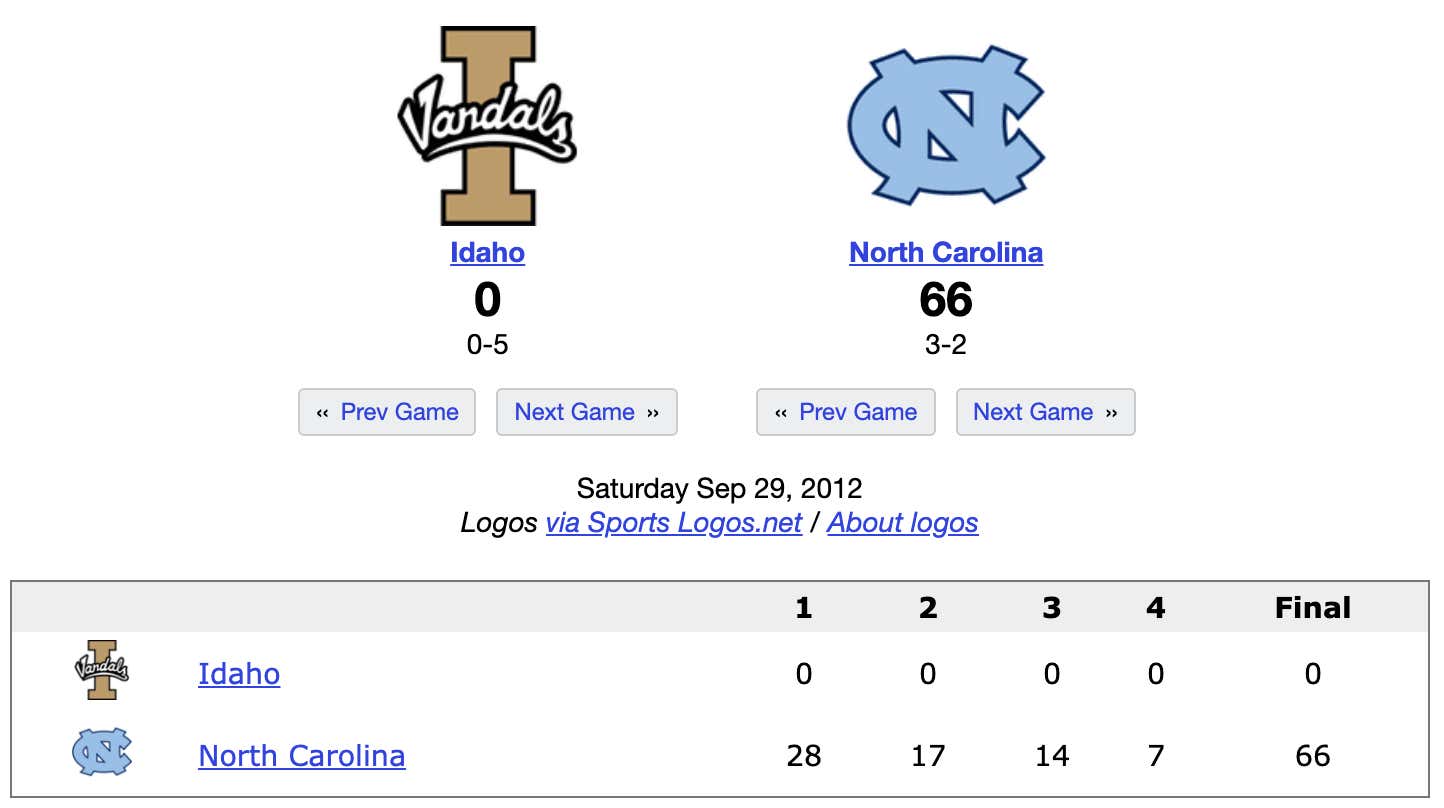 Man, the Tar Heels were winning 45-0 at half against a previously 0-4 team! Surely they'd just play ball control and pound the rock in the 2nd half. I bet a bunch of players really padded their stats. Well, most of the guys did. Hell even Sean Tapley got one yard. 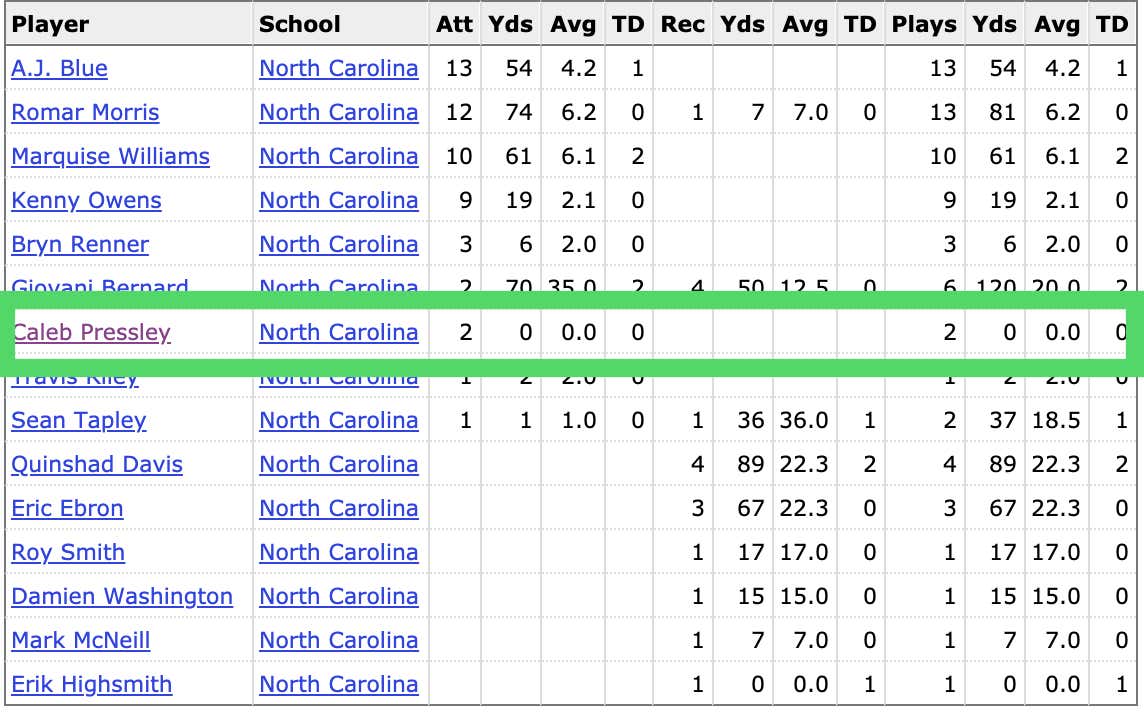 Two attempts for zero yards. Heck of a college career man. Now you certainly had some talent and were a hell of a High School Quarterback, no denying that. Kudos on peaking early.

But I'm glad this is an open competition for the Sr. Draft Analyst position. Iron sharpens iron and I'm always happy to have more people that care about the Draft and Football at Barstool. Please let me know when we get some.