You know...I like Riggs. Always have. Midwest guy. Hockey guy. I thought he was funny right from the start when did the Brexit video. A lot of overlap. But last night, it set it. This guy is fucking ruining my life and everything has gone to shit since he got hired. Riggs came on full-time right around the time of the Chernin deal back in 2016. Let's just take a quick stroll down memory lane of what has happened since then.

And nothing was the same.

Hawks get swept by Nashville and never make the playoffs again

Riggs becomes a professional golfer, my old job starts to go in the tank.

I also got picked up full-time by Barstool in 2019 so that was good. After a bit of learning curve I saw 2020 as a whole new opportunity. New year, new me. What could go wrong?

Just an entire weekend of me looking like this 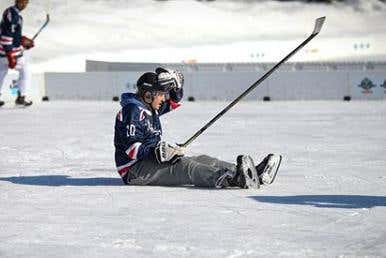 Since Riggs came into my life everything basically everything has gone to shit in my world, and his life has gotten seemingly astronomically better. And now…it all makes sense. I feel like it's the end of Scooby Doo where they reveal who the real bad guy was all along. He shaved his head and revealed his true identity. Mole city

Riggs is my own personal nightmare.