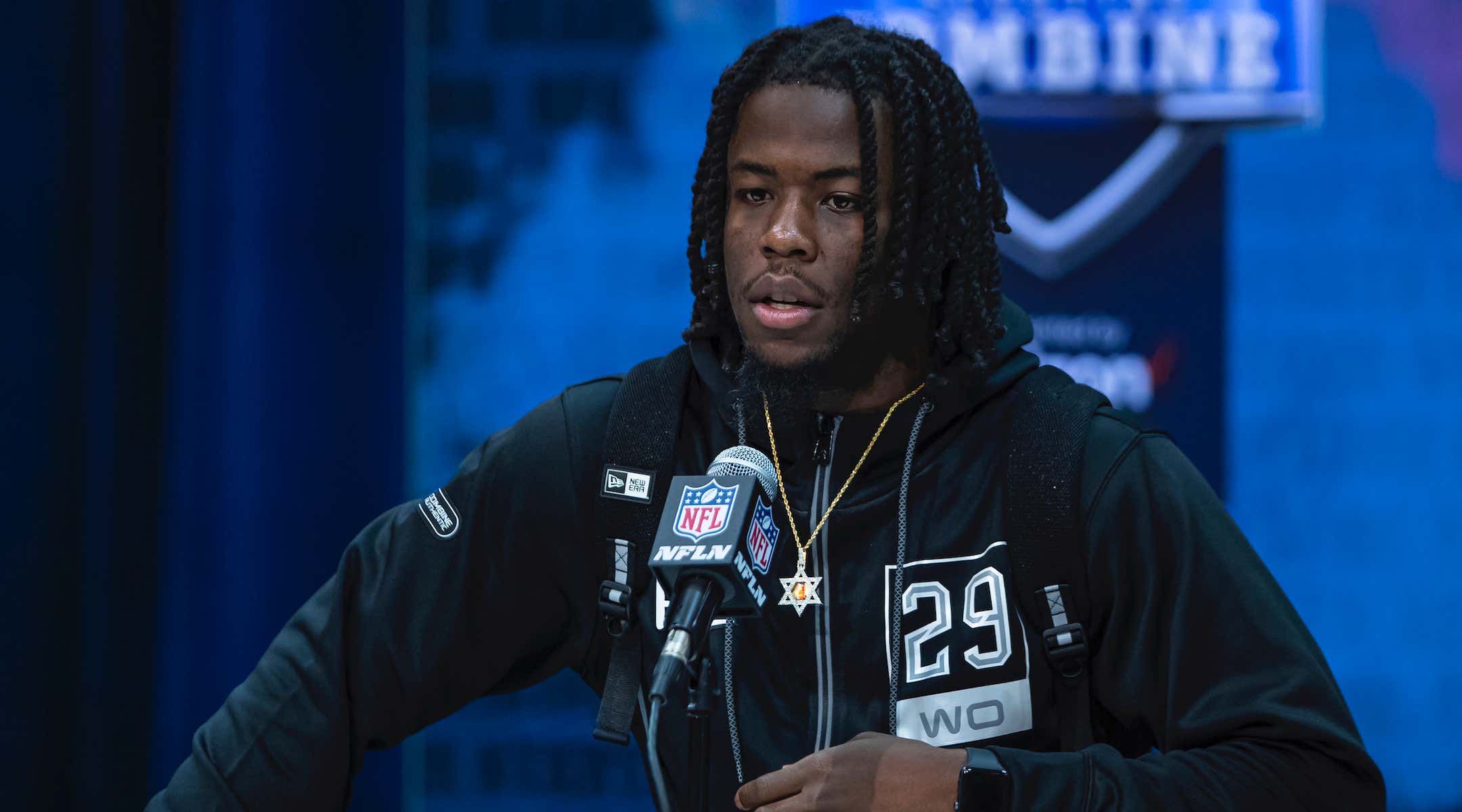 When Denver took Alabama WR Jeudy with the 15th pick he was shown at home wearing his Star of David chain that he's been wearing his entire collegiate career.

Was wondering if Jeudy had pulled a Shyne and converted to Judaism so googled it and found this was somewhat of a hot button issue earlier this season.

When asked at the combine about it Jeudy's response was

“So my last name (is) Jeudy. People sometimes call me ‘Jeu’ for short, so I got a Jewish star. I’m not Jewish though.”

He also said he "means no disrespect", which is basically saying "no offense", so nobody is allowed to get mad.

From the looks of it the outrage police actually seem pretty supportive.

USA Today - Chabad has an in-depth article about the history of the symbol itself, about the connection between God, Jews and the Torah (the holy scriptures), much of which I learned just now by reading it despite years of attending Hebrew school.

But it’s the same symbol Jews were forced by Nazis to wear in Europe to identify them, one of the countless horrors of the Holocaust. It’s that symbol that then, in turn, was placed on the flag of Israel. To me, that’s a people taking back the symbol used against them and using it to proclaim their survival.

If Jeudy doesn’t know that history, he should, and more power to him if he continues to wear the Star of David knowing all of that. I have no problem with that! Heck, his wearing the star helped me learn something about my own religion today.

To see a non-Jew wear the star at the NFL combine with pride was a strange sight, and although Jeudy may need some education on the subject, I have no problem with him continuing to do it.

Upon further inspection, if you look closely at the pendant you can notice a picture in the center, aka the "Yesod". The picture is actually of his little sister Aaliyah (great name) who passed away when she was 7 and Jeudy was a senior in high school.

JTA - You see, Jeudy’s younger sister, Aaliyah, was born with severe health complications — doctors said she would not live past her third birthday. She died at 7, in hospice care, in November 2016.

“When I took care of her, I used to think, ‘When I get to the league, I’m finna find these doctors to help her learn how to talk, how to walk, stuff like that,’” Jeudy said. “God had other plans.”

Seems like a good dude and is an absolute stud.

Look at these numbers

Broncos got a steal.