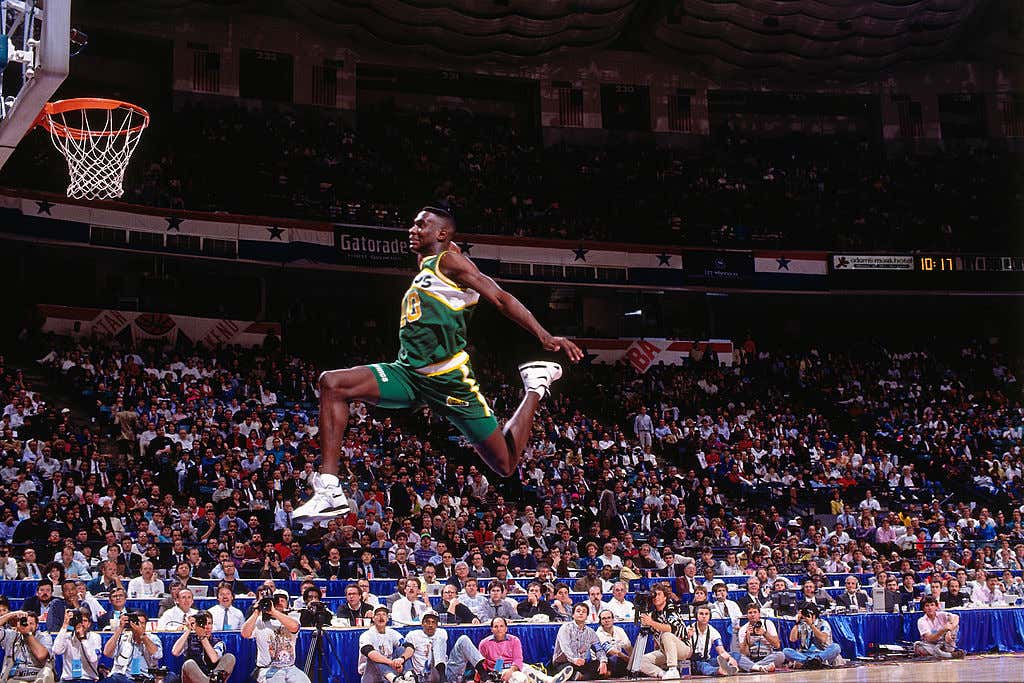 Decided to go with a little throwback this morning and if I was going to go 90s NBA basketball there are few better options than vintage Shawn Kemp. What an animal this dude was from like 1991 to 1999. It was a damn shame he couldn't get his weight in check along with the other demons he battled because his production fell off a cliff once he got to Portland in 2000. But when he was on the Sonics? He was one of the most electric players the league had. I'm talking 16.2/9.6 averages in his 8 seasons on 52% shooting. All time dunker. Him and Gary Payton were so goddamn fun to watch. Guy was a perennial All Star and made 3 All NBA 2nd teams during that SEA run.

Many of you are probably young enough where you never really saw him play in his prime. That's unfortunate but also fixable, so here ya go