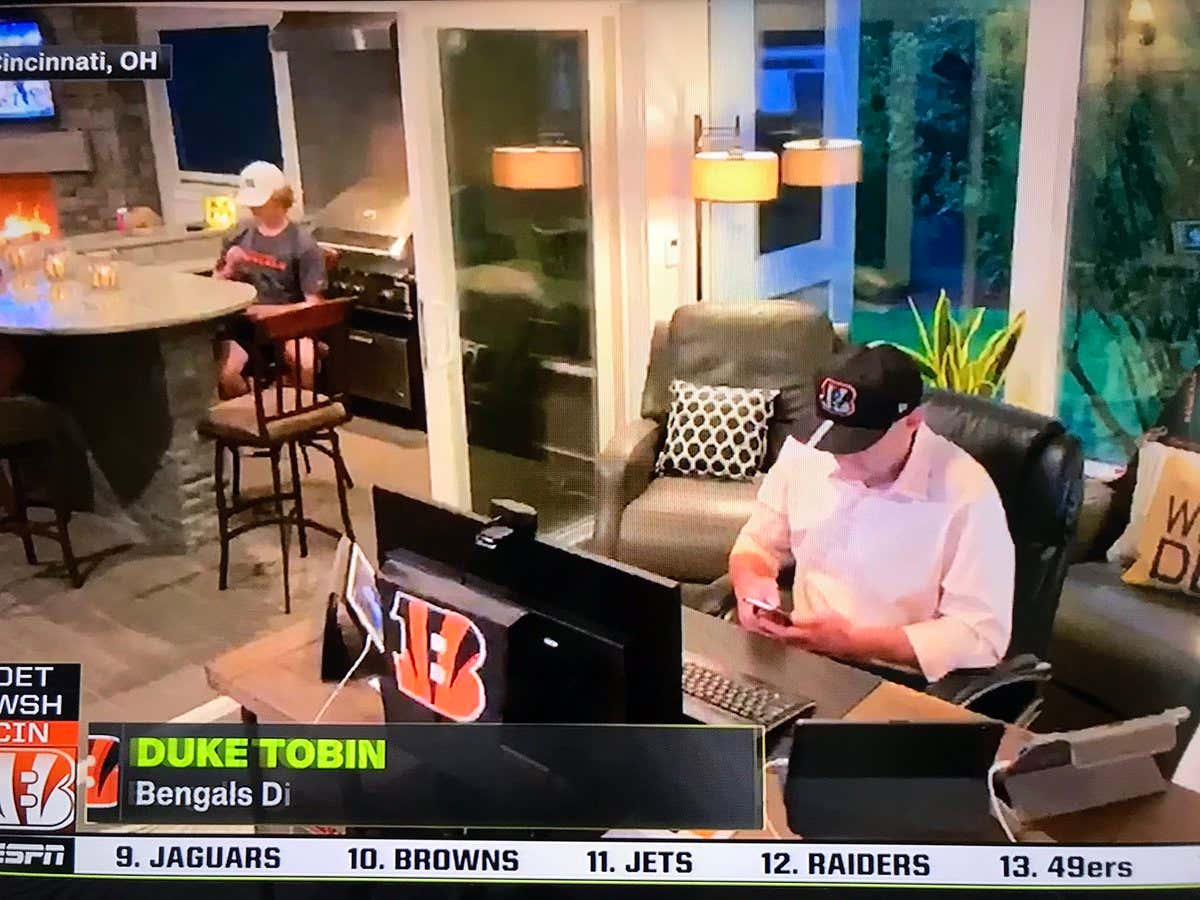 But out of all the homes from last night's draft, I'm giving the top spot in my power rankings to Duke Tobin. What a setup my guy is working with here.

There's nothing worse than getting ready to fire up the grill all day and then right before you start cooking, the clouds start rolling in. You don't even have a chance to flip the burgers before you've got a torrential downpour on your hands. And sure, you could have done your due diligence and checked the radar earlier in the day. But you're also not a weather man so how were you supposed to know?

But Duke Tobin has defeated weather. He kicked Mother Nature's ass and sent her packing. Neither snow nor rain nor heat nor gloom of night stays Duke Tobin from getting his grill game on. Between the fireplace, the indoor grill, and what looks to be a giant built-in wine cooler, Duke Tobin's setup was worthy of making the 1st overall pick. Big time chillsesh room.