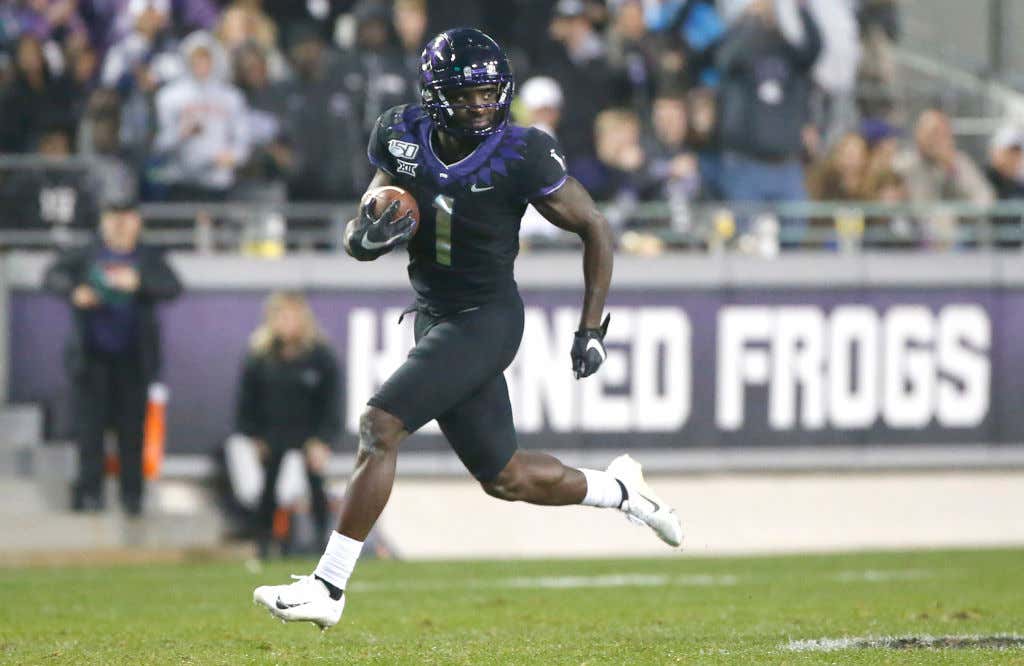 Through 11 picks in the 2020 NFL Draft, not a single wide receiver was selected. The Eagles were sitting 10 picks away and there were 3 bonafide stars just waiting to be picked. Howie Roseman probably couldn't have moved up high enough to take Henry Ruggs III so that's a wash. There were "reports" that Jerry Jeudy has some knee issues so maybe they didn't think they needed to move up to take him. I'm still pretty upset about that bag of bones Jerry Jones taking CeeDee Lamb at 17 but at least that was an ill-advised pick for Dallas with the help they need on defense.

So at that point, I was hoping for Kenneth Murray. I know that Justin Jefferson was still out there but there were 3 receivers in the top tier of this 1st round and he wasn't in there. Kenneth Murray is a top tier linebacker and the Eagles are trash at that position. So if they missed out on the top tier receivers, they could at least go with a top tier LB. They didn't. And instead, they went with Jalen Reagor out of TCU.

And you know what?

I was furious about the pick for a solid 4.5 minutes. Steaming, actually. But after watching precisely 3 videos on YouTube, I'm ready to at least give Jalen Reagor a shot here and not immediately root against him just because he wasn't who I would have gone with at 21 personally.

But for the love of god, Howie. You really put your nuts on the line with this one. Either Jalen Reagor ends up being a stud or this city turns on you harder than your bowel movements turn on you after a full NFL Sunday slate of light beer and chicken wings. Kenneth Murray would have been safe. Xavier McKinney would have been safe. This was a "Howie Roseman thinks he's smarter than everybody else in the building" move and we'll see if it's true or not.

And again, I want it to be true. I don't want Jalen Reagor to stink. I want to look back on how pissed off I was about this pick initially and think that I was such a goddamn buffoon for this one. Because it's so much better for me to be an absolute dunce than for Howie Roseman to be the bozo. So for the sake of this entire city, I truly hope I'm a massive idiot.