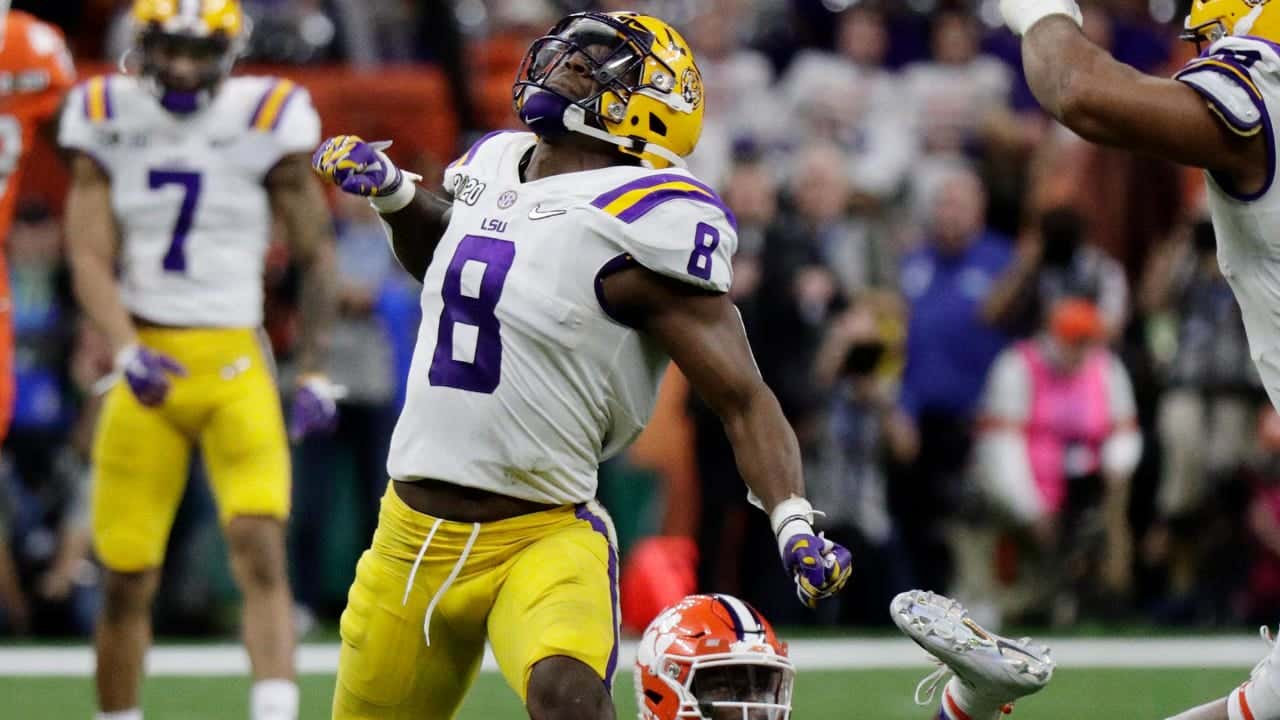 The first round could not have played out more perfectly. There were rumors flying around that the Ravens were considering moving up to take a receiver. I didn't buy em for a second. Classic misdirection by EDC. If there was any substance to those rumors, he for sure would've made a move with the way those receivers fell deep into the teens and even the early 20's. Instead he bided his time, let the chips fall where they may, and grabbed that inside linebacker the team needed so desperately.

Patrick Queen is a dream come true for Wink Martindale. He's built to play inside linebacker in today's NFL. He's speedy, he can cover sideline to sideline, he's a sure tackler... and with vets like Brandon Williams, Derek Wolfe, Calais Campbell in front of him he should have plenty of room to roam and wreak havoc on defense. He played with a lot of talented guys on that LSU defense that allowed him to flex his versatility, and there's no better place in the NFL for him to do that than Baltimore. Couldn't be happier with how this played out.

Better yet, the Ravens have FOUR picks on day 2, and we've already addressed a major need. In comparison, the Steelers have a 38 year old quarterback and just one pick in the first 100 picks of the draft. Our roster is a mile and a half ahead of theirs already, and that gap is only going to grow tomorrow. Addressing the ILB position gives us freedom to pick and choose what our next moves are and not have our hand forced to address the hole at ILB. 4 bullets on day 2 are plenty for us to get some impact guys at our other positions of need and infuse some great talent into the pipeline.

EDC you magnificent bastard. Can't wait for Patrick Queen to be Baltimore's next great linebacker. What a night!