Oh your GM is trying to improve your team tonight? Well my GM is trying to fix the world and bring back the NFL sooner rather than later while also ensuring Danny Dimes doesn't get broken in half by Chase Young or set the NFL fumbles record anytime soon. Safety first, safety last. I bet Gettleman walks around with a condom on under his clothes at all times because it's better safe than sorry.

I can't believe I'm saying it, but I think I'm falling in love with that crazy old bastard Gettleman. There's something to be said for someone that truly doesn't give a fuck about what everyone else says but cares above everyone else's well-being. Or he's worried about getting a computer virus.

*thinks about everything we know about Dave Gettleman*

UPDATE: Okay, maybe Gettleman is being super duper cautious for a good reason.

But I stand by my statement that he wears a condom under his clothes. Stay safe Dave!

As for the Andrew Thomas pick, he is the only of the four top offensive tackles that nobody had the Giants drafting in mocks recently, which is why I called Dave Gettleman picking him on tonight's #EnEffEllDraft Show presented by Mack Weldon because it felt exactly like something Gettleman would do.

Steven Cheah said he loved Thomas because he is the cleanest prospect (which I'm sure Gettleman loves since he is on the hottest seat in New York) and has arms longer than Frank Ntilikina. In case Barstool's game film guru's blessing wasn't enough, this graphic sold me for good. 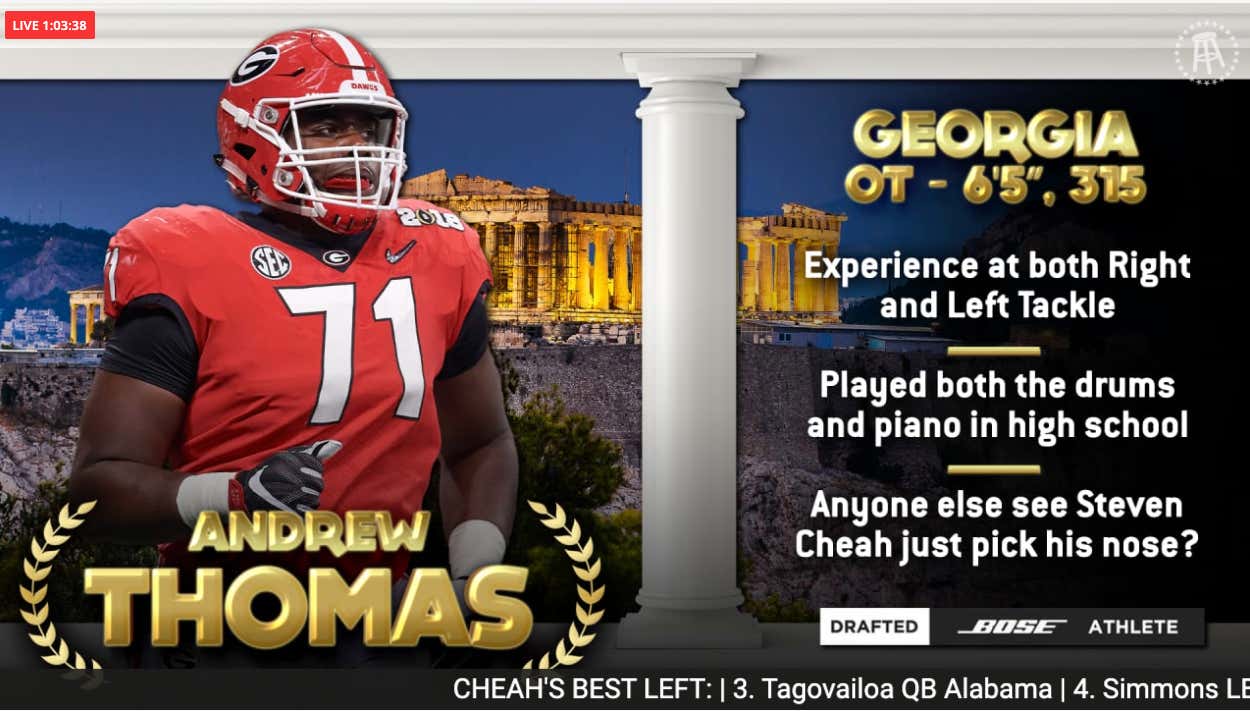 Andrew Thomas played both the drums and piano in high school? At the same time? You can't teach coordination like that! (I don't care if it was at the same time or not. That's what I am going to believe to sell myself on this big mamma jamma).

For entertainment better than whatever knee slappers Goodell pulls out of his ass, watch the En Eff El Draft Show now: