First off, now I'm absolutely not an Ohio State fan so check yourself before you come at me for this blog. I've been scouring the internet, like you, for every little draft tidbit to get hyped for tonight. I'm so excited for sports to be back (sorta) and for actual news to fill our timelines.

Obviously you all know Ohio State's All American corner Jeff Okudah by now. He's mocked to go right at the top, possibly as high as 3 to the Lions. We all saw him be a shutdown defensive back this past year, but something you might not know is his story about his mom who passed away in January of 2017 after a battle with lymphoma. The piece he wrote for the Player's Tribune as he declared for this year's draft is one of the best things I've ever read: a letter to his late mom about all that he's accomplished and what's next. He wrote it back in January, but I think it's worth revisiting as he's only a few hours from hearing his named called by Roger Goodell.

It's long, but so worth it. It'll break your heart a million ways, but at the end you'll have no choice but to root for this kid. This one part stood out to me. I mean can you not like this guy? There's no way he doesn't become an All-Pro.

And as I get going on this next journey of mine, and say goodbye to Ohio State and start the process leading up to April’s NFL draft — I know you’re going to be here with me then, too. I’m sure teams will ask me about you. They’ll ask me about my upbringing. They’ll ask me about my mom, Marie, who passed away. They’ll try to figure me out, by trying to figure you out. And honestly I can’t wait. Because I’ll just tell them the truth.I’ll tell them that we never had the most money, in terms of our financial situation. And that we didn’t have the most time, in terms of our years we got to spend together. But we had the most love — that’s for sure. We had more love than anyone could ever imagine.I’ll tell them that I was raised by a mother who believed in me and who supported me, and who always made me feel like my dreams were worth dreaming about — and then fighting for. I’ll tell them that, simply put, I was raised by the best.

Make sure to catch our draft coverage starting at 8:00 on all of our platforms! 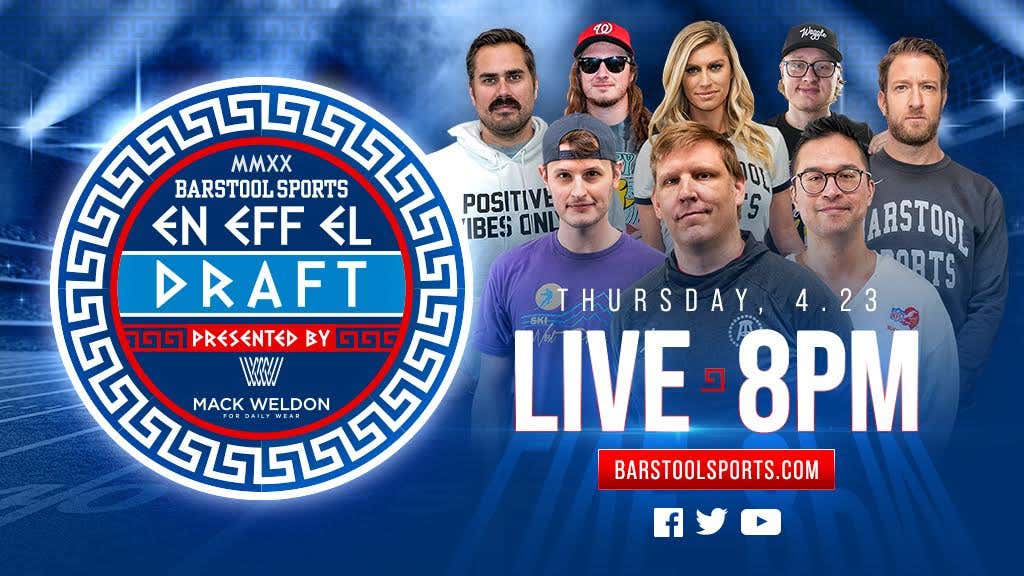