A year ago on Draft Day, I was eagerly awaiting the Giants pick at #6 overall. I was convinced that they'd be contenders with Eli primed for one final run. Just needed a playmaker on defense to really become a playoff team. This was my list.

If they weren't going defense, then I wanted a quarterback that wasn't Daniel Jones. Josh Allen was available at #6, and I was convinced the Giants would draft the guy who people were already fitting for a gold jacket.

I was wrong. Like Giant fans everywhere, I booed the TV screen as Jones was selected. I thought they blew it and was devasted.

The Internet piled on me. I got Old Takes Exposed to the moon and even got chirped by NFL Hall of Famer Cris Carter.

I remember getting to work the next day and Office Manager Brett (RIP) came over to say that he absolutely loved Daniel Jones and couldn't get enough of him at Duke. While you'd think this would make me feel worse, I did remember that Brett was in the Broncos scouting department or some shit like that so it did help. Dave also was high on Jones after watching him a lot, which also made me feel better.

For lunch, the depressed Giants fan trio of myself, Big Ev, and Mush (plus Dana B) went to a Fridays in Penn Station to drown our sorrows. It was as gross as you'd imagine.

But time passed and Jones grew on me. He eventually took over the starting job for Eli after just two games. It took 60 minutes of football for me to fall in love with him.

While he didn't have an amazing rookie season, he still showed signs that he should be the franchise QB of the future. He's Eli 2.0 with actual mobility. I'm excited to see him, Saquon, and the rest of the offense take a big leap next year.

At the risk of having a repeat of last season, I will not make any bold proclamations about leaving the fanbase regarding tonight's draft. If it was up to me, I'd like an offensive lineman (Tristan Wirfs) since the Giants have ignored that position for almost a decade. But Isaiah Simmons is an absolute athletic freak that I certainly won't be disappointed with. I also wouldn't hate a trade back to stockpile some picks and still grab one of the names mentioned above. 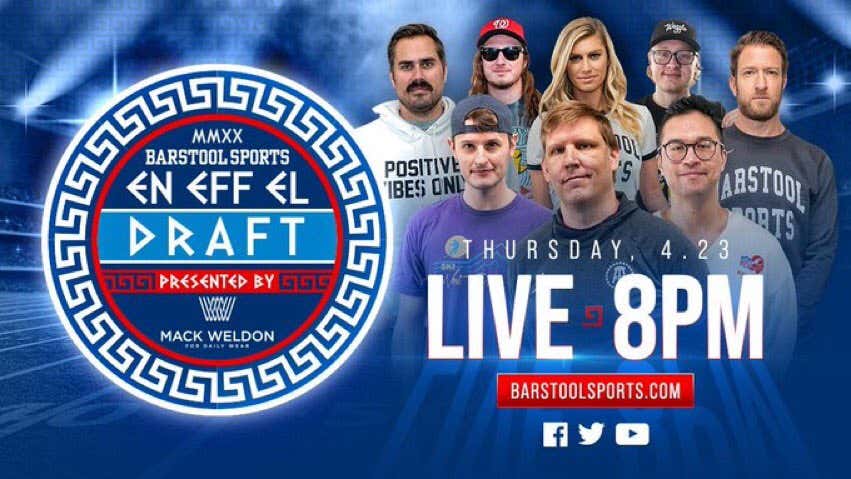