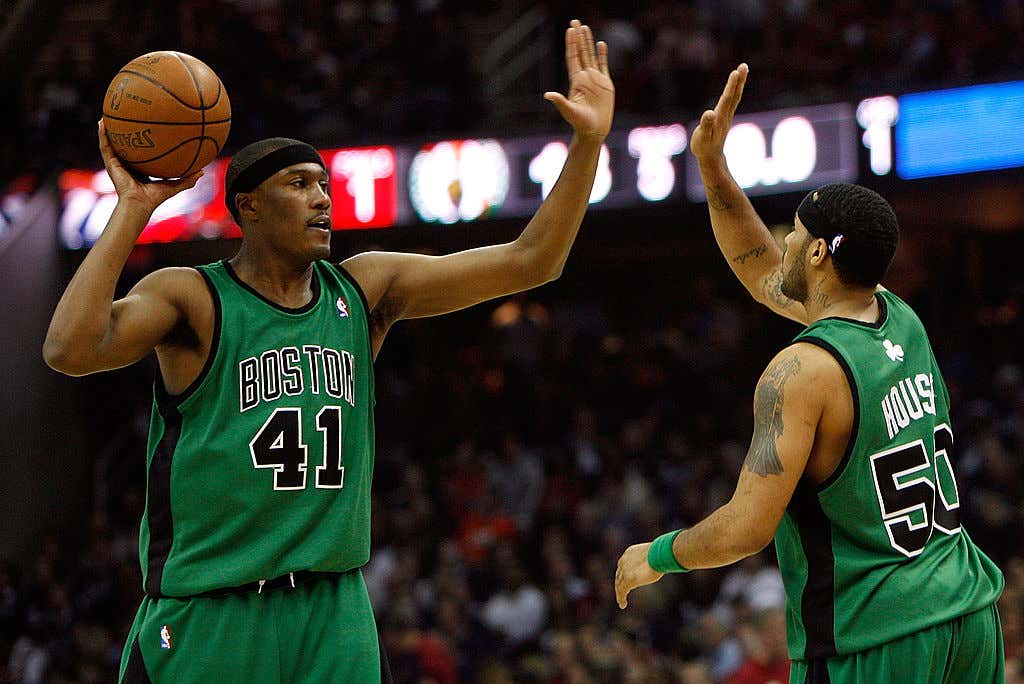 I don't know what you did last night, but I spent Day 43 of quarantine pleasuring the shit out of myself to ESPN replaying Game 4 and Game 6 of the 2008 Celtics title run. Why did they choose to re-air these back to back? No idea and I couldn't care less. I've watched both of those games no fewer than 10 billion times over the last 12 years but I can guarantee you that if you put those games on TV I'm watching them again without question. Felt great to see any form of basketball on my television and it being two of the best wins of my entire fandom wasn't too shabby.

All these years later when we talk about that run and that era of Celtics basketball, the Big 3/starters dominate like 95% of the conversation. Pierce's wheelchair game, KG's And1, Ray's Game 6, young Playoff Rondo, you know the plays. But rewatching everything last night reminded me how fucking gigantic both James Posey and Eddie House were to that 2008 title while coming off the bench. It sounds crazy, Posey averaged 6.7 points during that playoff run, Eddie House just 2.5, but both of them made some of the biggest shots in recent Celtics playoff history and I'm digging my heels in by saying the Celts to this day have 0 titles in my lifetime without both of those dudes.

Take James Posey. Ultimate glue guy who didn't need the ball but the type of player you need to win a title. You forget that he was huge in Game 3 on the road in DET in the ECF (12 points in 24 minutes) which was big since it was the first road playoff win the Celts had up until that point. Then once we got to the Finals it was Posey's monster performance in Game 4 that was a big reason they were able to come back in the first place

Time after time they they showed up with massive threes. A total of 18 points for and 11 for House on a combined 6-12 from deep. Then in Game 6, it was the Eddie House/Posey sequence in the second quarter that started the route

another 3-3 performance from Posey from deep and 9/5 from House.

Watching those highlights again last night immediately caused my brain to go to a dangerous place.

I fast forwarded to this current Celtics roster. Who could be these type of role players for this group? Obviously I went to Carsen Edwards being Eddie House 2.0. I'm convinced that's why Danny Ainge drafted him. Instant offense/spark plug point guard off the bench. His shooting struggled this season sure, but he's a perfect Eddie House candidate. A guy that can get hot in an instant and give the crowd those same time of massive momentum threes. For Posey it was a little harder, but what about Romeo. A defense first wing who doesn't need the ball but can hit timely threes? I can see that. At least for right now while he's developing, obviously as a lottery pick you hope his ceiling is higher than Posey. But if at the end of the day all Romeo turns into is James Posey, I'll fucking take it.

It's common knowledge that in the NBA when it comes to deep postseason runs, it's usually all about your top 3-5 players. More often than not the superstars run everything. But every once in a while a team will get some monster performances from a random bench player and it changes everything. That's what happened in 2008 and I would mind seeing it again in 2020 or whatever the hell we're back to normal.