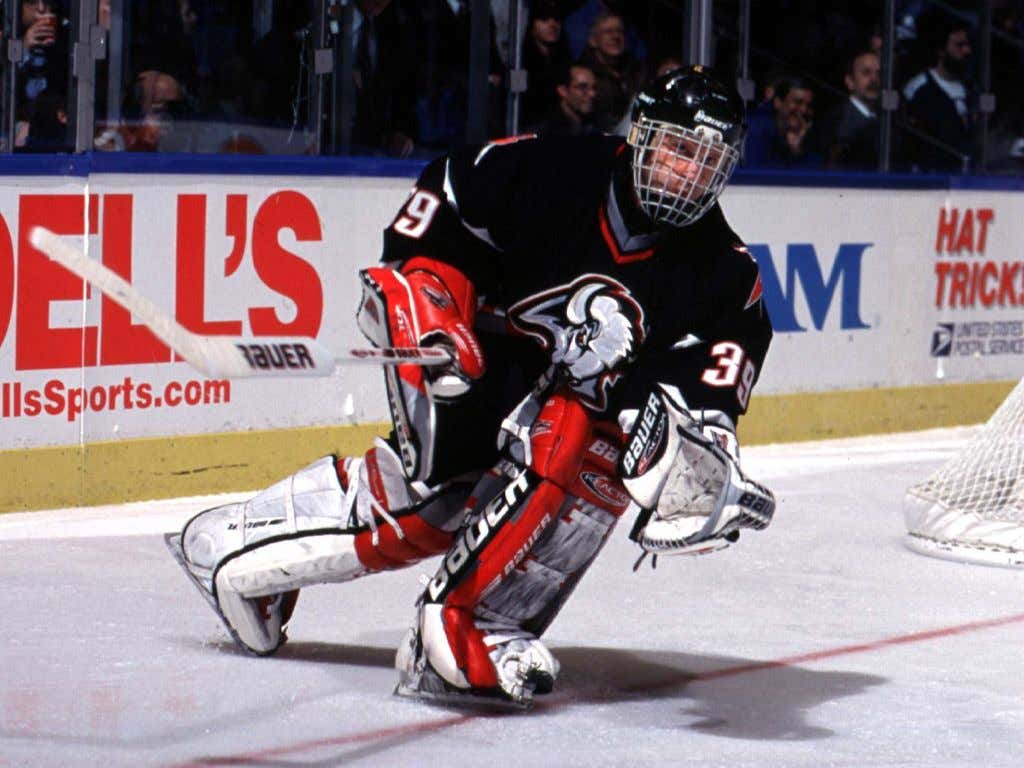 We're still a few years away here from the next election in the Czech Republic but if Hasek actually tosses his name into the race? I don't see how he doesn't take 100% of the votes. I mean you just look at this man's career and everything he's meant to Czech hockey. He's a 2x Hart Trophy winner in 1997 and 1998. He led the Czech Republic team to their first and only gold medal at the 1998 Winter Olympics in Nagano. He'x a 2x Stanley Cup Champion. And he's a 6x Vezina winner. The only goalie to win the Vezina more than Hasek was Jacques Plante and that was before players even knew how to lift the puck off the ice. Well actually, it was right around the time that players just started lifting the puck since Jacques Plante got drilled in the face one time and then became the first goalie to wear a mask. But still. Jacques Plante wasn't having to make saves like this in his career to be the best goaltender in the world.

Here's the thing--I hate Dominik Hasek almost as much as I respect him. I'm a firm believer that if it weren't for Hasek being the greatest goalie in the world in 1998, I'd have a chance to witness the Flyers win a Stanley Cup during my lifetime. Hasek owned the Flyers in the 1st round that year. That Flyers team was loaded. If they got past Buffalo in that series, then they just keep cruising along and make their way back to a rematch with Detroit in the Final. Same way that '08 and '09 went for Pittsburgh, the Flyers would have lost to the Red Wings in 1997 and then got their revenge in 1998. But no. Dominik Hasek just had to exist at the same time and ruin everything.

But my hatred doesn't outweigh the respect I have for this sick son of a bitch. And if he becomes the next President of the Czech Republic? Well then the Czechs never in a million years need to worry about any sort of war because their defense department is going to be putting up shutout after shutout. They'd win the world defense Vezina year after year. And imagine if Hasek decided to mess around and tap Jagr as his VP? Good lord. They'd be the biggest wagon on the planet. The Czech Republic would be the leaders of the free world if those two are in office together. And maybe they'd get a chance to rebuild the Czech hockey program because it's been a shame to see how irrelevant they've become over the years.