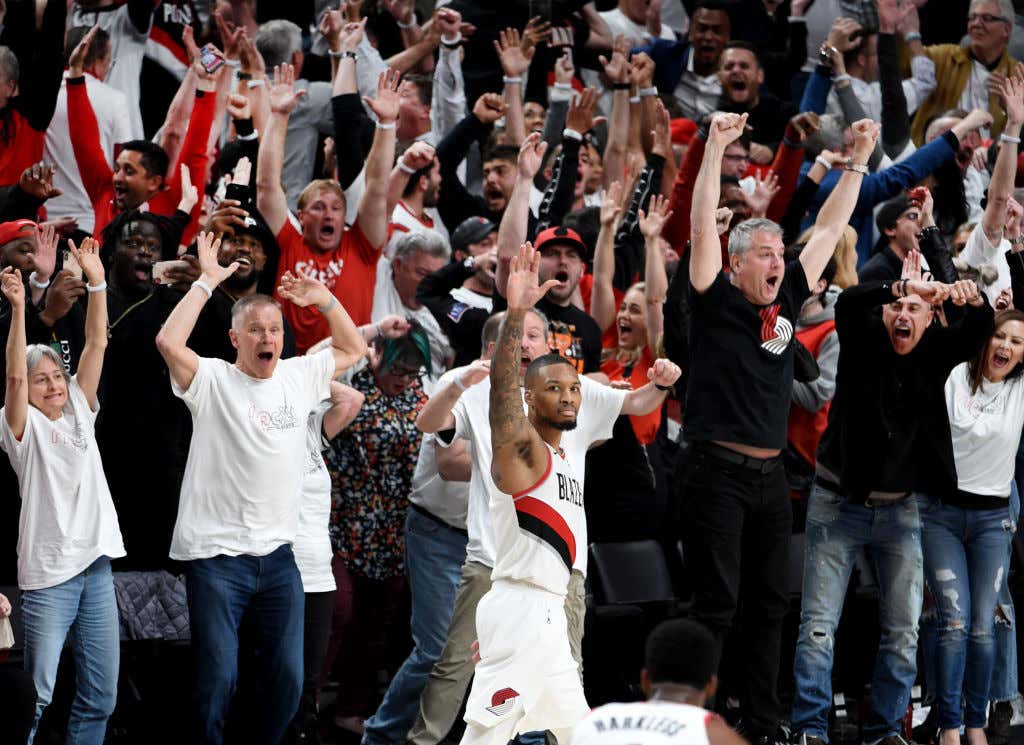 Seeing as how we would be right in the thick of the first round of the playoffs right now, I figured what better way to start your day than this incredible playoff moment from Damian Lillard (unless you're a Thunder fan...sorry). On this day last year Damian Lillard did this

Just your casual 50 point performance capped off by a 37 foot game winner. No big deal. It was the perfect ending given all the trash talk that went on between Westbrook and Dame that series, and it got even better in the postgame when Paul George cried about that being a bad shot. Maybe for you Paul, but not for Dame. The guy was 8 for 12 on 30+ ft threes that series and was 4 of 6 in that Game 5. That's his range and a shot you have to be prepared for in that moment. Almost as good as the shot was what Dame had to say in his postgame

That shot essentially blew the Thunder up, as we know Paul George would soon demand a trade, then a few weeks later they moved Westbrook. Sure they are doing OK now but it just goes to show you how much can change just by someone dropping a bomb right in your goddamn face. What a shot, what a player.