How much do you love your dog? More importantly, how much time and money would you be willing to spend to get your dog back if it was stolen from you? Chances are it's not nearly as much as this woman, Emilie Talermo, was willing to spend when her Australian Shepherd "Jackson" was stolen from outside a grocery store in the Bernal Heights neighborhood of San Fransisco back on December 14th 2019.

Upon realizing her baby was stolen, and after what had to be a full on mental breakdown, Emilie composed herself and launched one of the most expensive and persistent rescue missions in history to find her beloved pooch.

Talermo launched a search on Dec. 14, when the dog with white, black, and gray fur and bright blue eyes was stolen from outside a grocery store in San Francisco’s Bernal Heights neighborhood.

She set up a website, www.bringjacksonhome.com, where she offered a $7,000 reward, “no questions asked,” and even opened an account for the sweet-faced dog on Tinder. She also hired a plane to fly a banner with the search website over San Francisco and Oakland.

Friends and strangers helped by sharing on social media her pleas to find her dog, distributing thousands of flyers with the dog’s photo and sending emails to veterinarians across the country asking them to be in the lookout.

For the next four months Emilie was absolutely no fun to be around, her main focuses were crying and bringing Jackson home, and then on Monday a miracle happened.

Emilie Talermo, 31, said she received a call Monday from an animal shelter in Palmdale, which is about 370 miles (600 kilometres) away in Southern California, telling her someone had just dropped off a dog with a microchip connected to her phone number.

To be sure it was her 6-year-old dog, Jackson, Talermo asked the shelter to send her photos.

“As soon as I saw them, I burst into tears. It was him!” Talermo said.

HERE IS THE INCREDIBLE MOMENT THEY WERE REUNITED

And of course the internet was bursting with joy, hate, and hilarity over the story of Emilie and Jackson 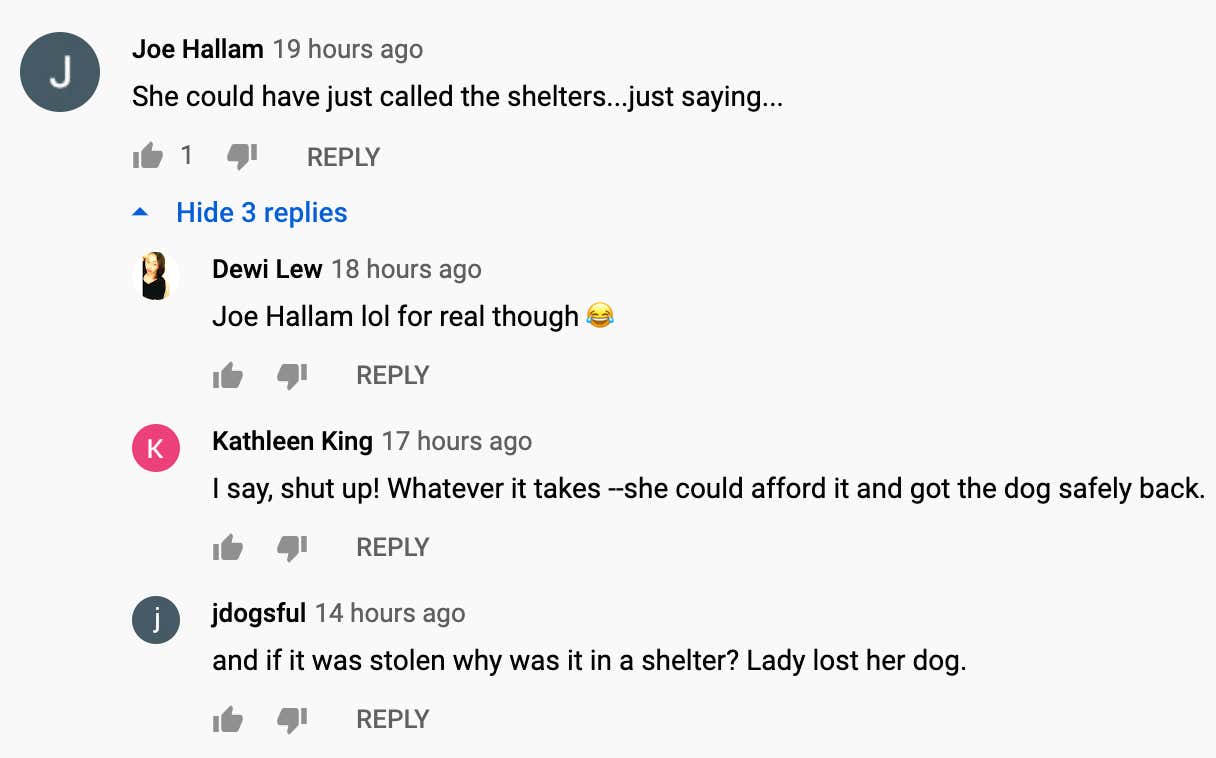 How much would you spend?

Have A Great Fucking Day!