You may recall at the end of the 1st half in the 2019 Iron Bowl there was a bit of controversy.

Bobby Whitlow was tackled with what appeared to be 0:00 on the clock: 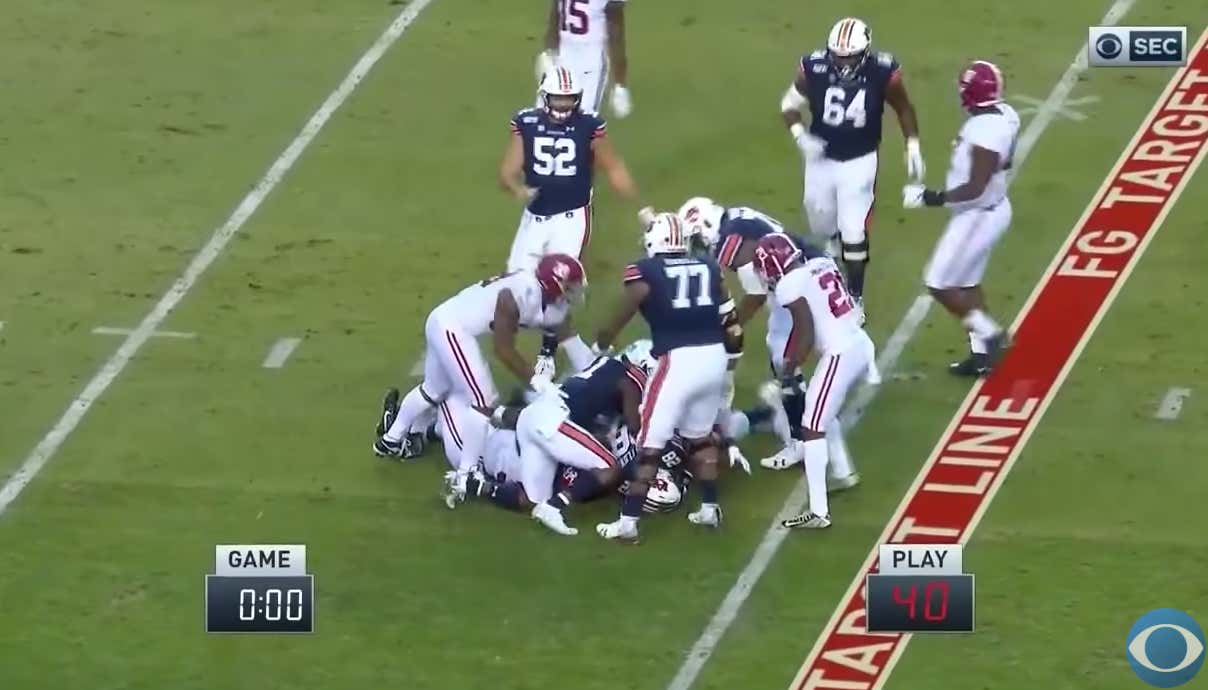 After review, the refs put 1 second back on the clock. Auburn had no timeouts, so in theory, if the play was called correctly on the field, Auburn would not have been able to spike the ball in 1 second time to get their FG team on the field to kick (you cannot spike the ball in 1 second, I guess). However, thanks to the stoppage for review, the FG team was allowed to get on the field and snap it within the second of the refs whistle. Auburn made the FG, which turned out to be 3 very important points, considering they won by 3. Saban was FURIOUS:

Alabama ended up losing this game. I'm sure behind doors Nick Saban believes it had directly to do with what happened at the end of the 1st half. Why do I believe that? Well, he complained to mommy and daddy to get the rules changed:

SOURCE-The new rule states that if the game clock expires at the end of the half and a review puts time back on the clock, there must be at least 3 seconds left for the time to be reinstated. If there is less than 3 seconds remaining, the half is over.

In all honesty, this rule change makes sense (I think). That doesn't remove the fact that this should be named the Nick Saban rule. Or at the least, The Iron Bowl rule.

This isn't the first time Saban has cried about the rules.

-The 10-second rule. Saban thought fast-paced offenses didn't allow his defense enough time for his defense to read and react. He wanted 10 seconds between plays. This didn't get implemented, so Saban decided to change his offense and ended up succeeding thanks to Lane Kiffin.

-Minicamp rule. Saban was mad that Urban Meyer and Jim Harbaugh were holding various mini-camps for high school athletes throughout the summer, which were a loophole in recruiting rules. The SEC banned such mini camps, but ended up unbanning it.

Saban has also caused a few changes thanks to his tendency to find loopholes in the rules:

-A limit of 10 coaches allowed to have headsets on sideline. This came after Saban would hire "analysts" after they were fired from previous jobs (e.g. Butch Jones).