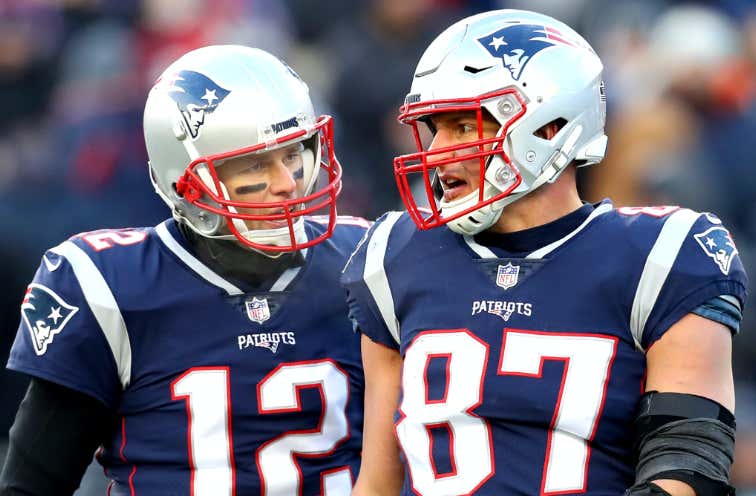 NY Post- Rob Gronkowski accomplished a lot during his nine-year NFL career, but nothing will top a compliment about his private parts from the one and only Tom Brady. Appearing Monday on Bravo’s “Watch What Happens Live with Andy Cohen,” Gronkowski spoke about Brady’s previous comments on Howard Stern’s Sirius XM radio show, in which the Buccaneers quarterback called Gronkowski’s penis “amazing.”

“Well, he did describe it as looking amazing, which I think is the biggest compliment in my career, alongside playing with Tom,” Gronkowski said.

When Cohen asked Gronkowski about Brady’s member, he replied the quarterback’s isn’t “as nice” as his. “I mean, the guy doesn’t flock it as much as I did, so maybe I got a sneak peek. You gotta always take a sneak peek,” Gronkowski shared.

I hate to be the bearer of bad news to Steven Cheah and all the other Tompa Bay Gronkaneers fans out there. But it appears that Gronk just loaded up the cannons at Raymond James Stadium and fired a shot directly at the howitzer of the SS TB12. I don't want to say this is the exact type of controversy that can tear a locker room apart. But I have to believe that a guy who worked his way from a 6th round pick to the greatest quarterback of all time isn't going to like his manhood being disrespected by the buddy his team just traded for. And if you think Bruce Arians gets hot under the collar talking about football, just wait until you see what he gets hot under when the measuring stick gets broken out in the locker room.

Actually you know what? That quote from Brady is such great leadership! Tom Terrific knew exactly what he was doing when he called Gronk's penis amazing two days ago. That wasn't Stern being an interview savant getting answers out of a guy who is usually a brick wall or Brady embracing the bad boy life now that Bill Belichick is no longer his principal. It was the final thing Gronk needed to hear before convincing his broken body to unretire so it can get the shit kicked out of it again and no longer eat strawberries or tomatoes. You think Tom Brady cares what some guy says about his body when he goes home to Giselle every night? Of course not! And it's not weird at all to talk about your buddy's dick in public. That's just guys being dudes. There are two things that likely became very clear to Brady while he was winning rings in New England: Leaders lead and Gronks Gronk. As long as everyone stays healthy and productive enough to keep those two truths possible, everything will be just fine in Tompa. They don't call him the GOAT for nothing!