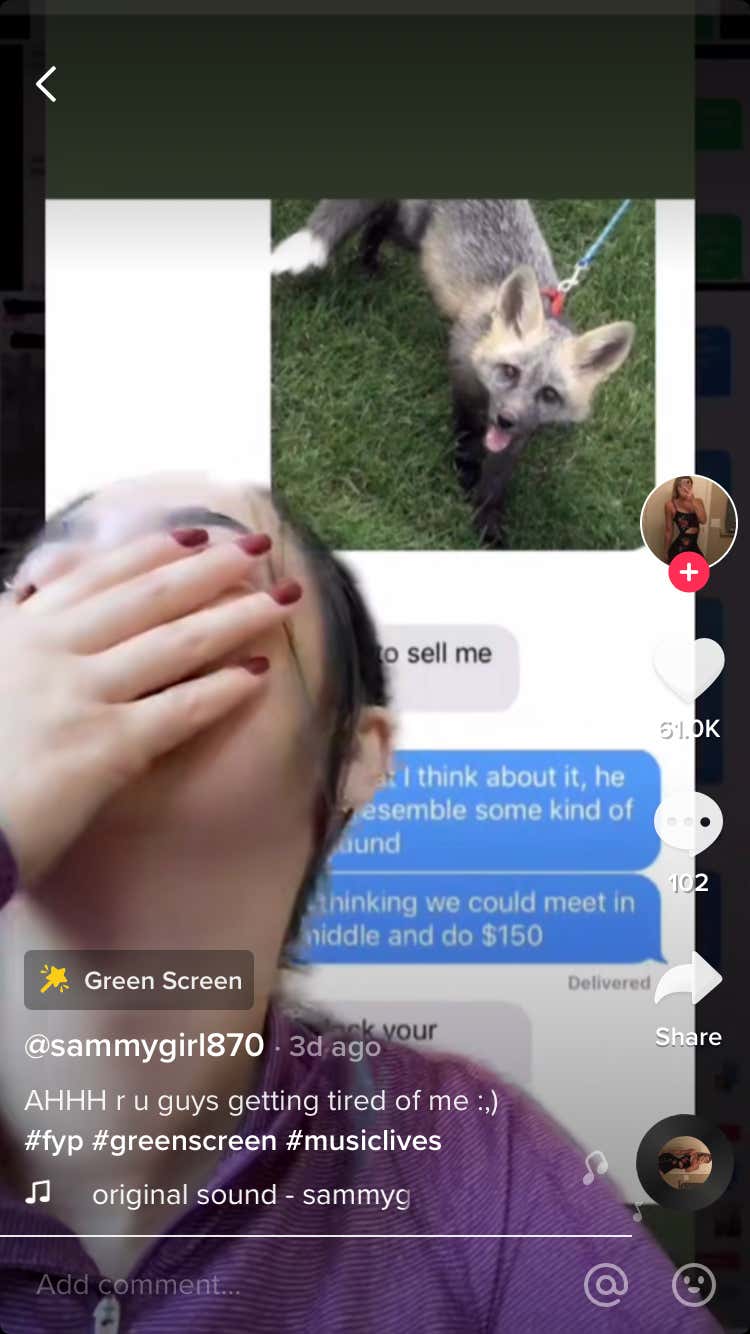 I’ll be the first to admit it. I’ve never been much of a TikTok guy. Aside from being an official member of a digital media company’s professionally-assigned group that’s sole duty is making TikToks, it’s just not really my scene. The fact of the matter is that I reached my peak on video sharing apps - physically and artistically - in 2013 when I contorted my body in such a brilliant way that a two-liter bottle of soda jussst managed to censor my genitalia. But aside from not being even remotely cool, attractive, fashionable, or young enough for TikTok, the comedy just doesn’t really resonate with me, the trends and references always go over my head, and my lack of rhythm is so jarring that my knees invert and shoulders spasm just from watching people dance on the app. It’s almost like Chinese software developers invented it strictly as an experimental attempt to trigger my fight-or-flight response. Well, I felt that way up until this morning...

In the middle of constructing a notes app apology for poorly and vaguely satirizing a psychopathic blog post from 2009, which reduced food service employees to worthless inanimate objects, I checked my Twitter DMs and came across a message that caught my eye. 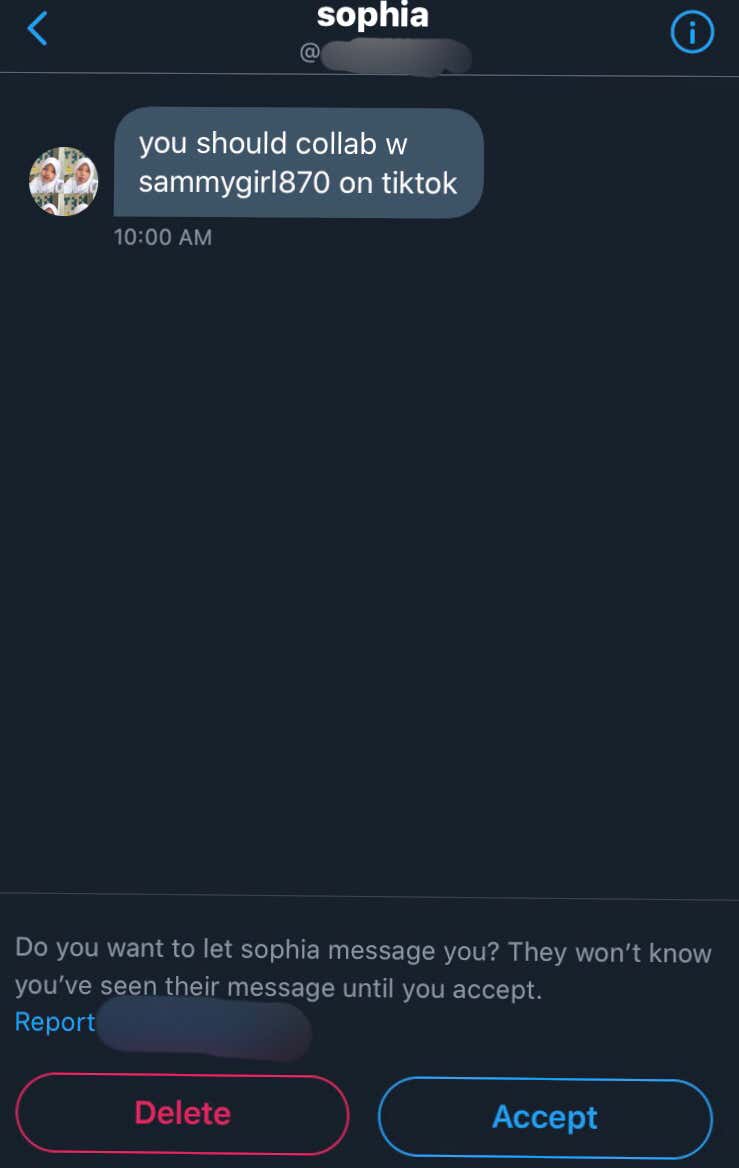 As someone whose “Message requests” tab on Twitter is mostly comprised of college-aged men who speak in quotes from “School Bully #3” in ‘90s straight-to-VHS movies, it was kind of refreshing to receive such an anomaly of a DM. 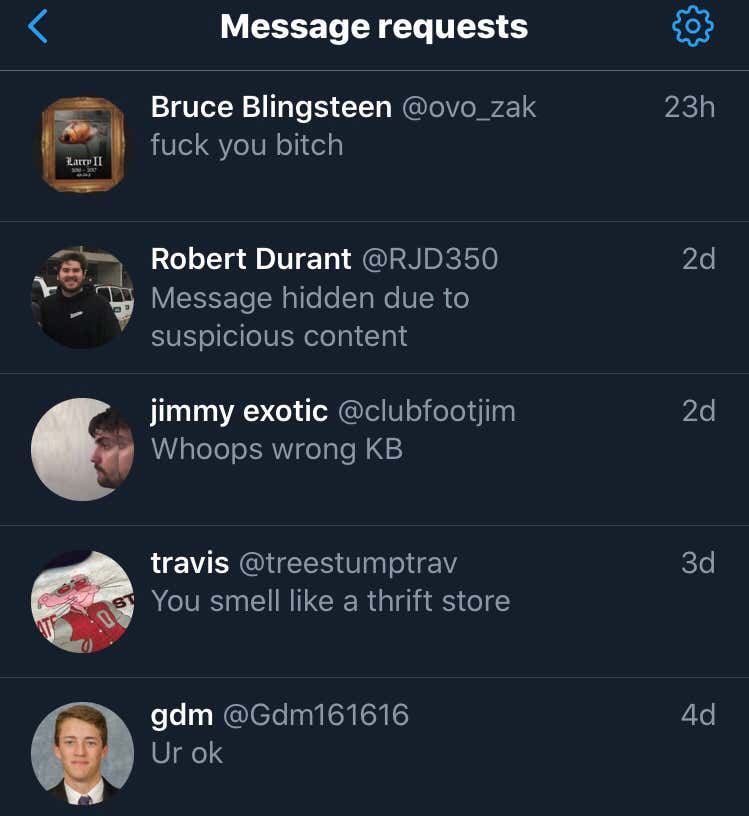 “you should collab w sammygirl870 on tiktok”

What would prompt a young girl - a female child - to DM a broken 27-year-old man like myself such a suggestion? I was rather pessimistic, but I couldn’t ignore it. I had to investigate this proposition further. I needed to see what my potential co-collaborator could possibly be up to on TikTok to warrant such a proposal. 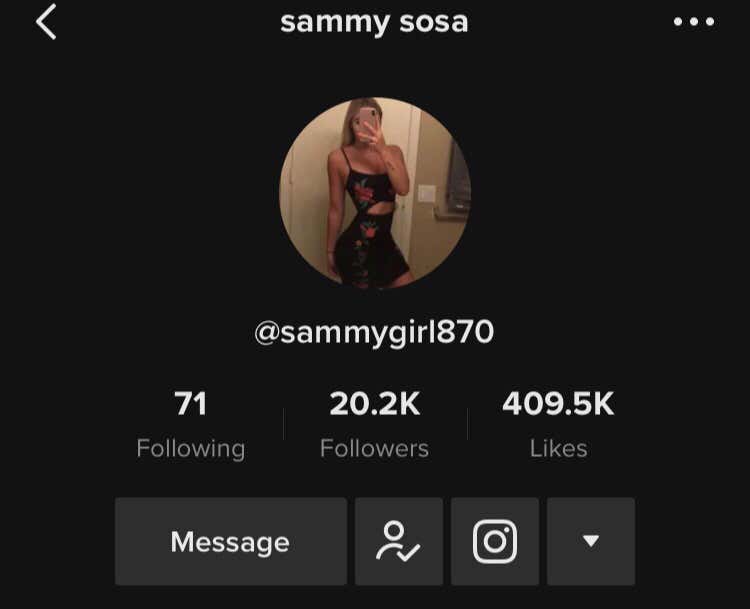 I did not regret it.

As odd as this sounds, I spent the next 45-plus minutes watching and re-watching every video in this girl’s catalog. I was immersed and entranced. It was almost like her content was specifically created to appeal to my sense of humor, or at least that of a younger version of myself. 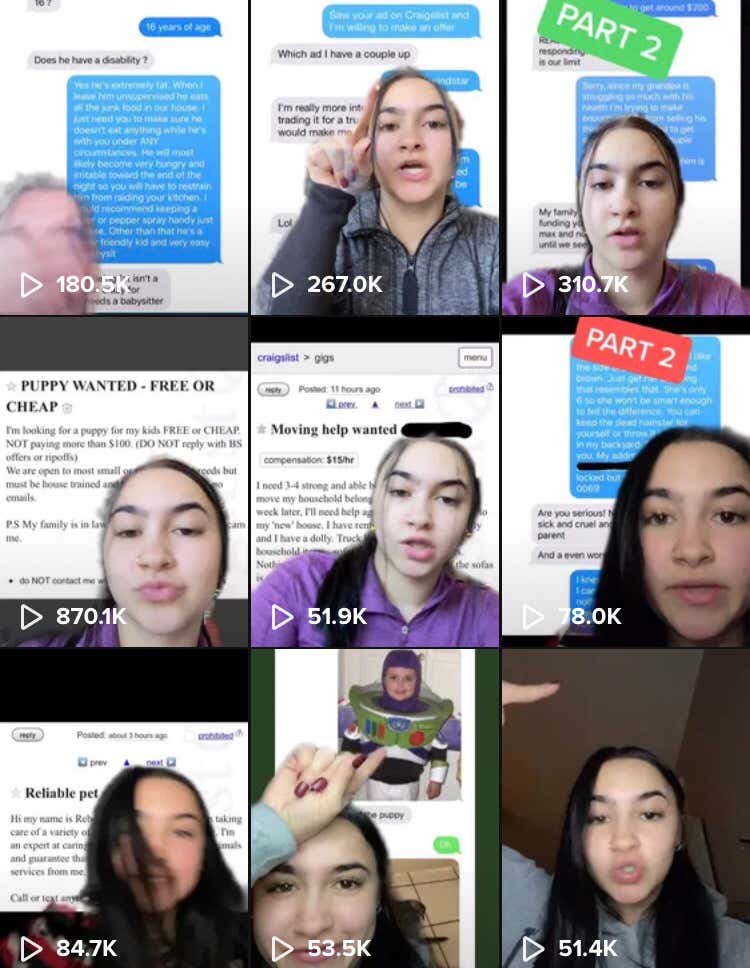 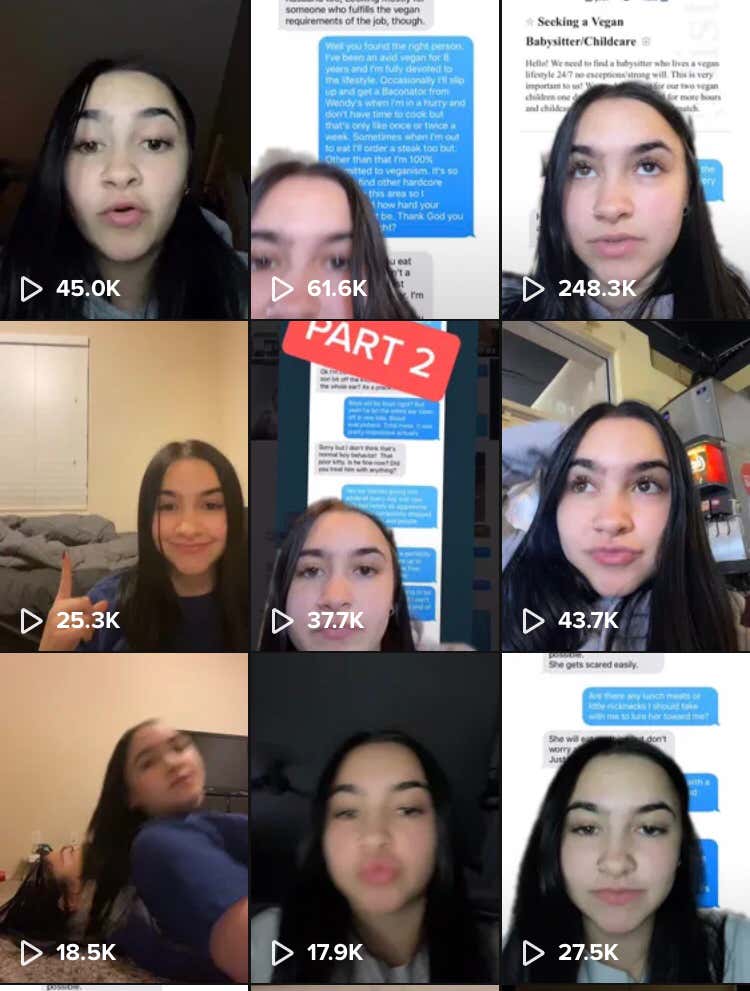 Sure, I already deployed myself to the trenches with StoolTeam6 and pledged my allegiance to AngelMamii7, but now I’m officially ready to declare myself a super fan or “stan” of SammyGirl870. And why wouldn’t I? She’s an up-and-coming star who’s follower count already skyrocketed 2K in the mere minutes it took to me to write the first half of this blog. 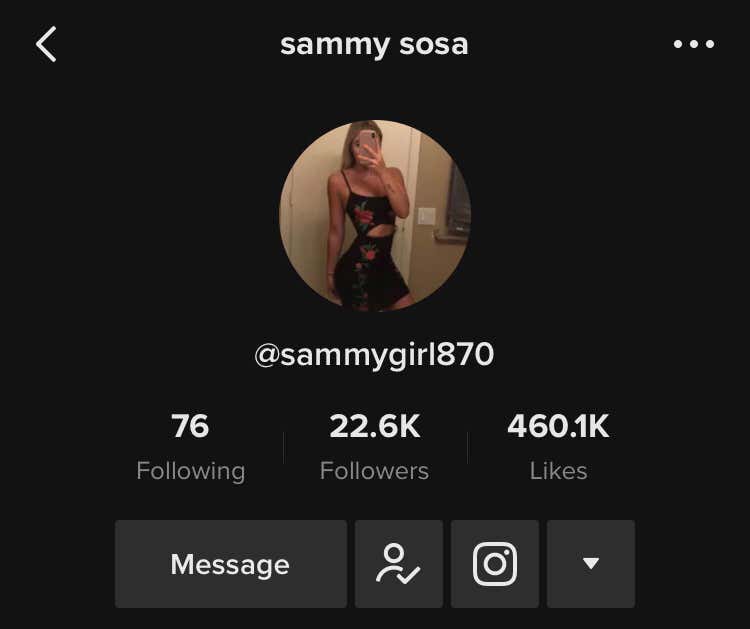 And before the accusations of bias come flying in, yes, I realize that her content is just frantically reading and narrating my old tweets/Craigslist prank texts verbatim, but that’s no what I love it.

I love it because the little children on TikTok love it. I’m indirectly providing them with joy, and as a former early childhood special education employee, that warms my heart more than any amount of “clout” possibly could. 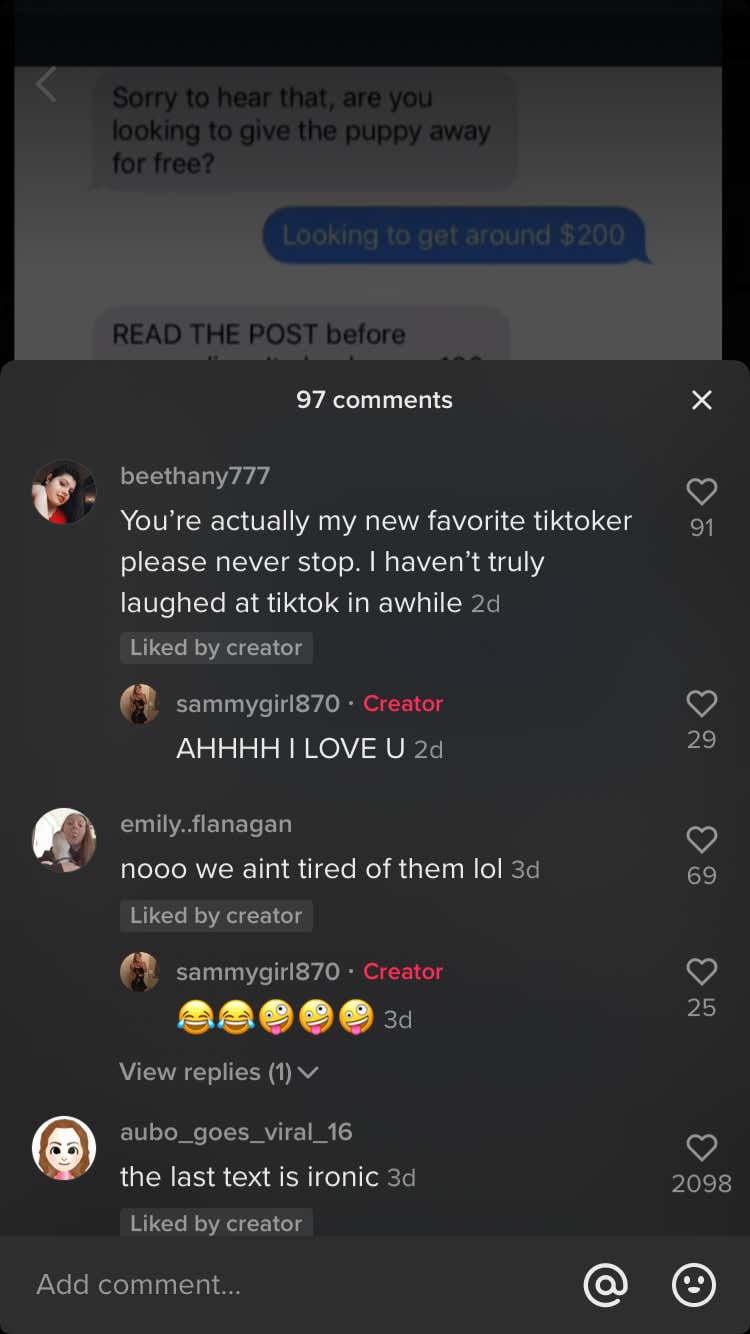 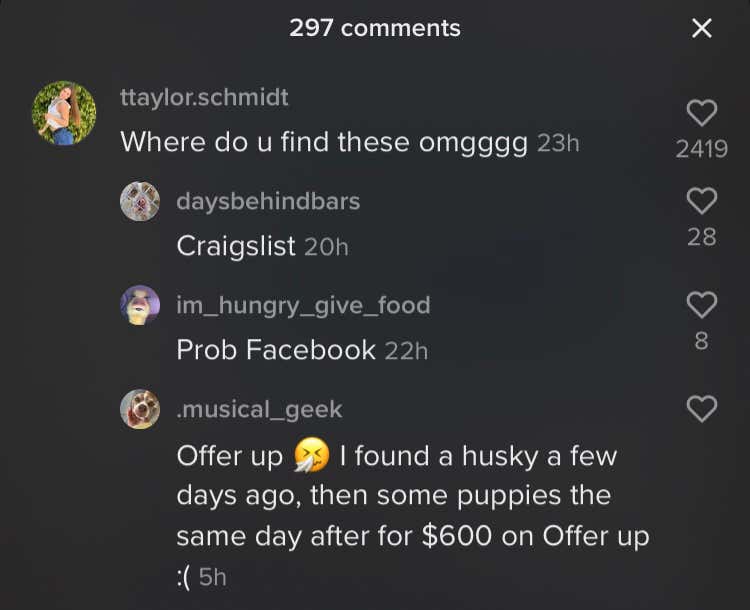 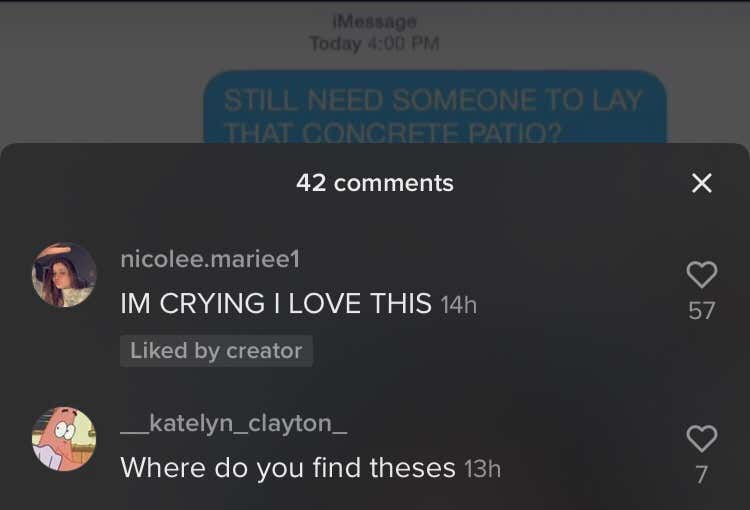 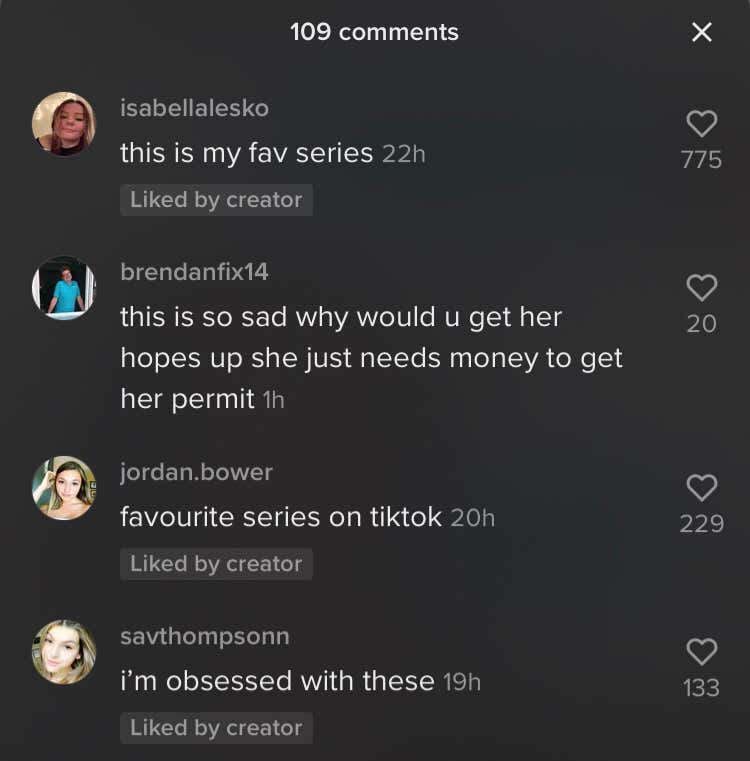 I never really had an answer for questions like, “What type of audience do you make comedy for?” and that always bummed me out. But now I can confidently say that it’s “extremely young teen girls.” 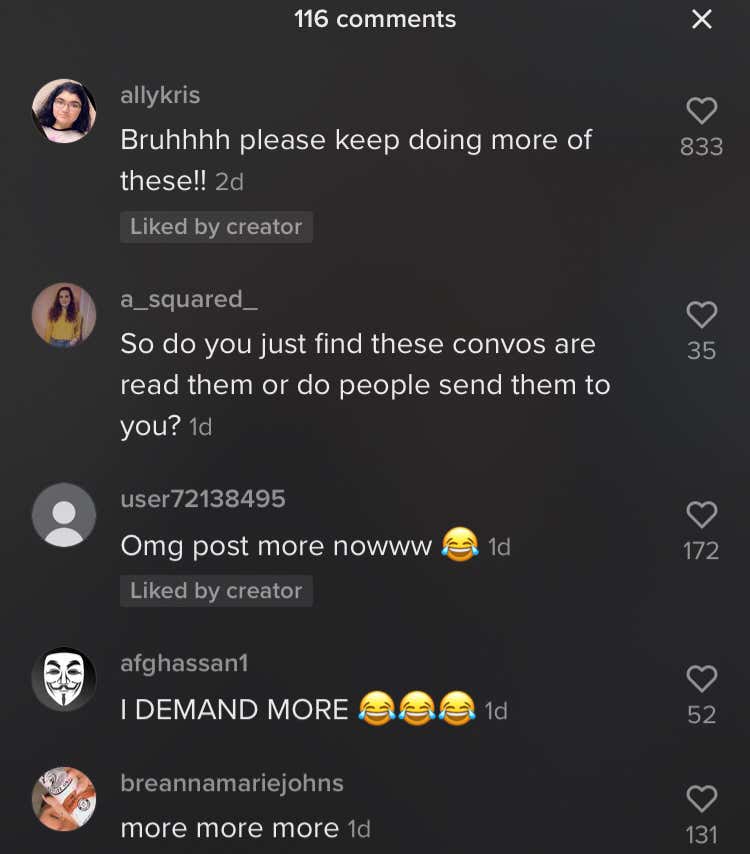 Yeah, I’d feel guilty hitching my wagon to SG870 or trying to ride her coattails in any way, but I kind of feel like we’re in this together. Would I expect her to give me free tickets to her next meet and greet or shout me out in one of her live streams? 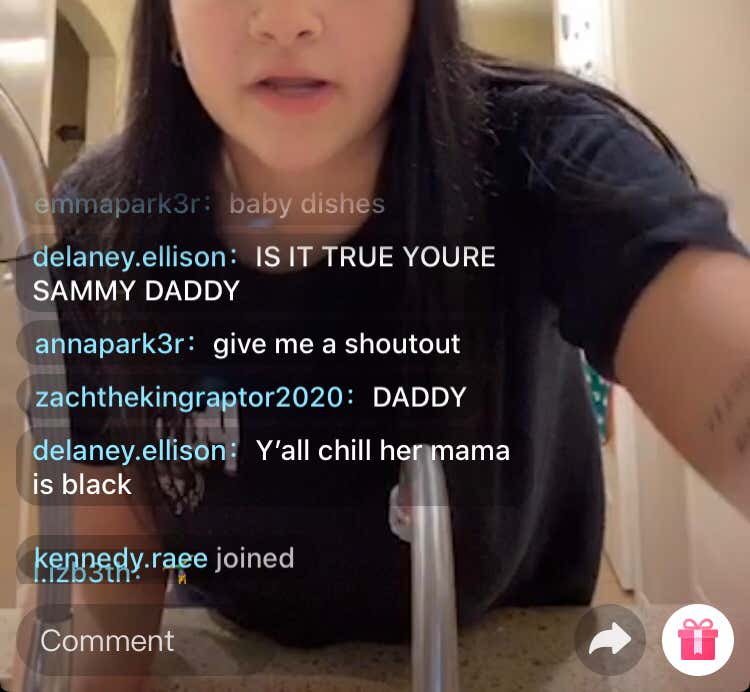 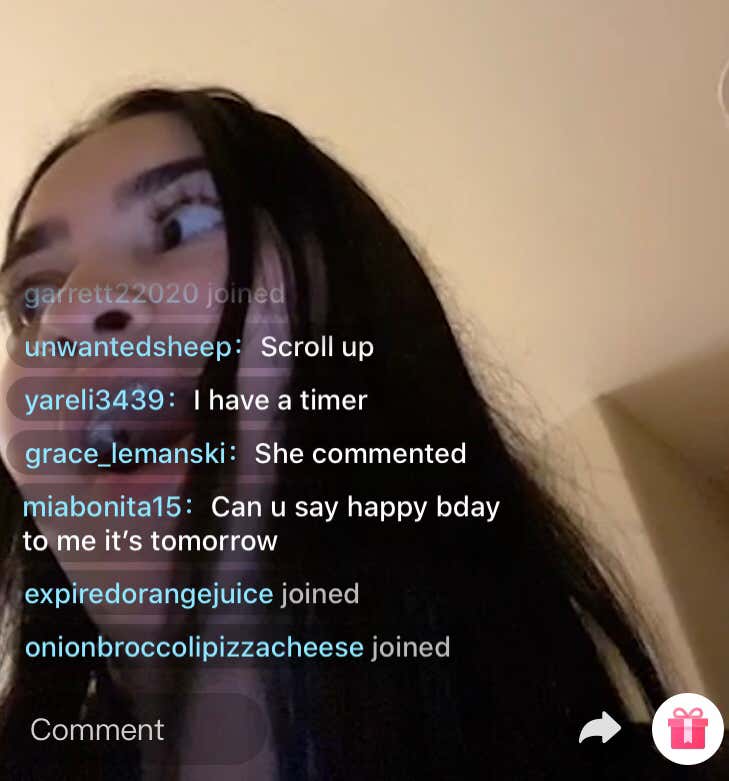 Hardly. Do I think I even have the capability or charisma to successfully replicate her style of work? 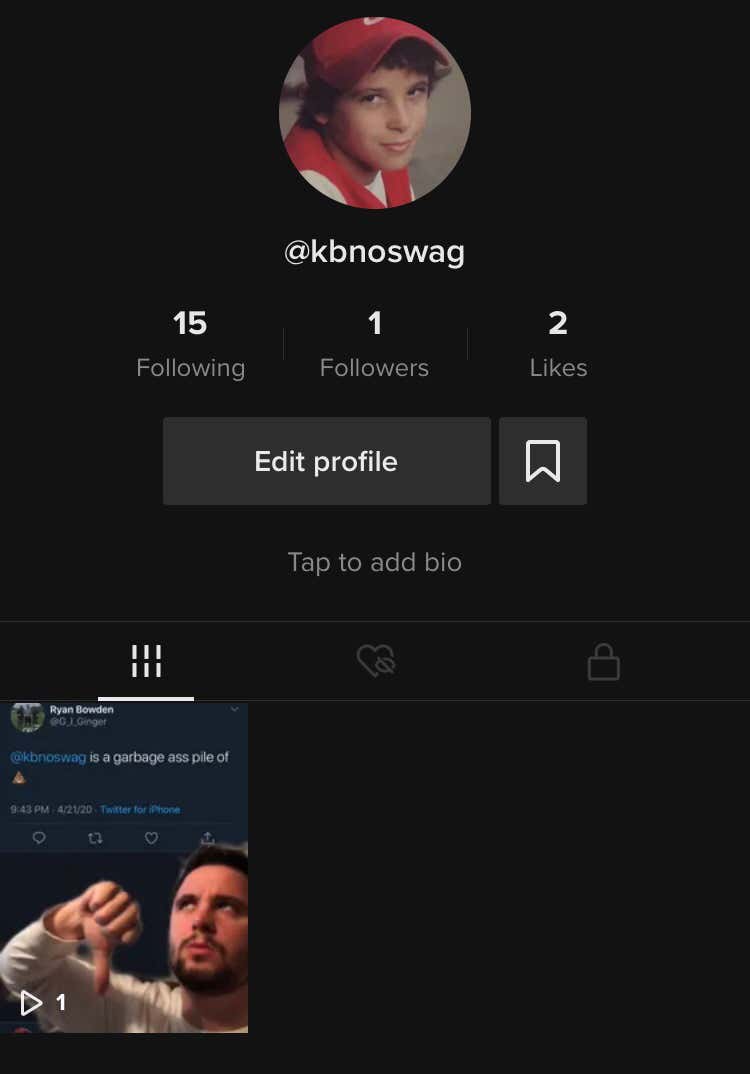 Most certainly not. But that’s not what I’m trying to do. I’m simply here to declare myself SammyGirl870’s number one fan. She’s helped me find joy and laughter during one of the bleakest eras in recent American history, but most importantly, she’s helped me learn more about myself. For example, now I realize that the most accurate description of my sense of humor is “moderately popular teen girl on TikTok.”

Except a less funny version.