I thought I'd wake up this morning with the first good news of 2020: "Kim Jong Un Confirmed Brain Dead" but alas, it's 2020, I should have known better.

Seoul has not detected any unusual activity or signs coming from Pyongyang about Kim Jong Un's health, according to Kang Min-seok, a spokesman for the Blue House, the office and residence of South Korea President Moon Jae-in."

Obviously North Korea would deny the rumors but South Korea wants the guy dead as much as the rest of the world so I see no reason not to believe this statement.

Kim Jong hasn't surfaced publicly though so we can still hold out hope he's fucked and even if he does, he definitely has a horde of body doubles so that still may be the case. If he does resurface, I know I'll be paying close attention to whether or not he has a "cheese limp" 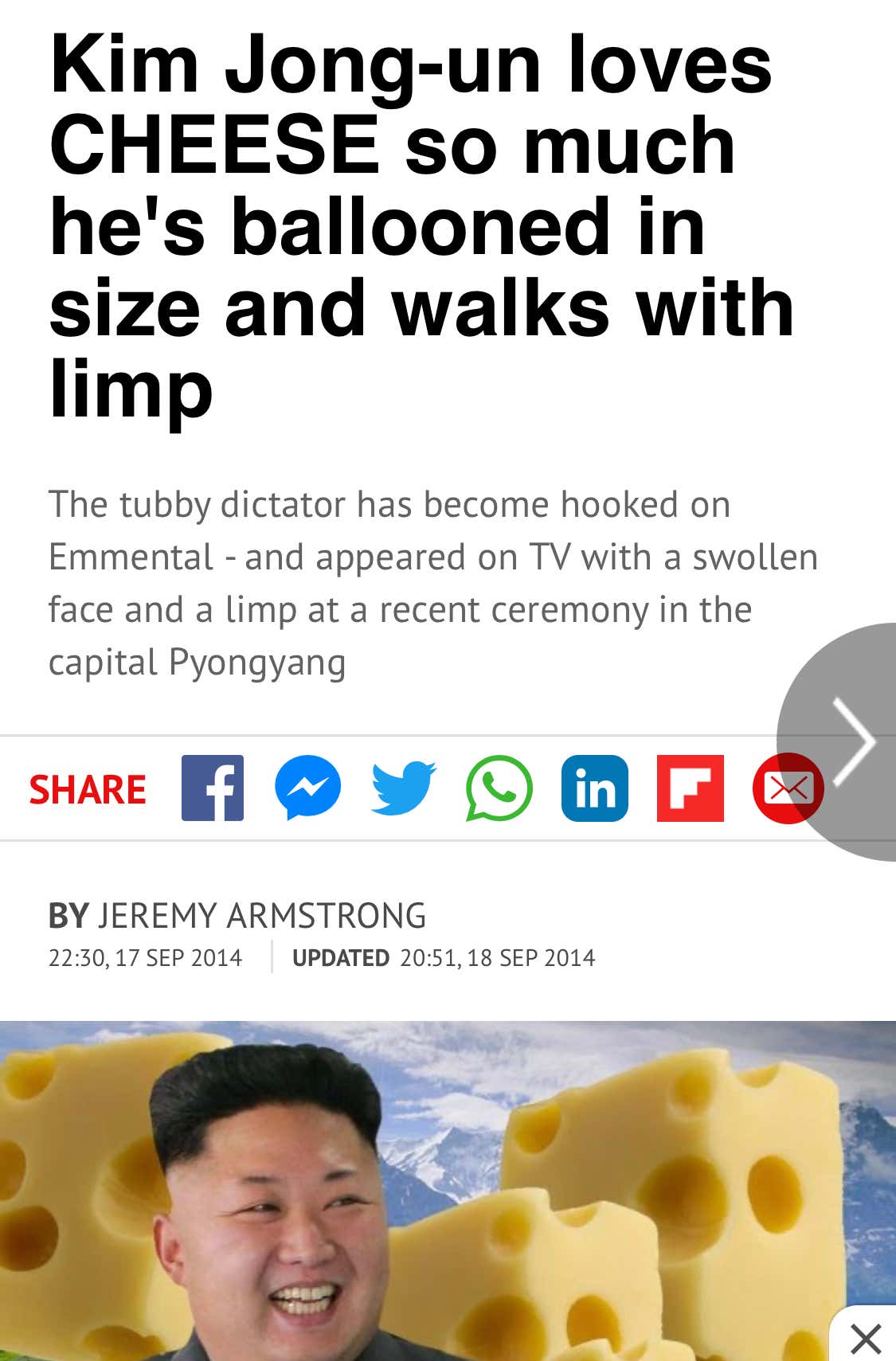 If Kim Jong makes an appearance in the coming weeks and isn't hobbling around due to a veracious appetite for emmental cheese, we will have good reason to believe that he has in fact, gone bye bye.

The saddest thing about this story though is that even if he is dead, does anything really change? If he's actually brain dead I'll feel momentarily better knowing he suffered the same fate as the American college student his regime murdered. 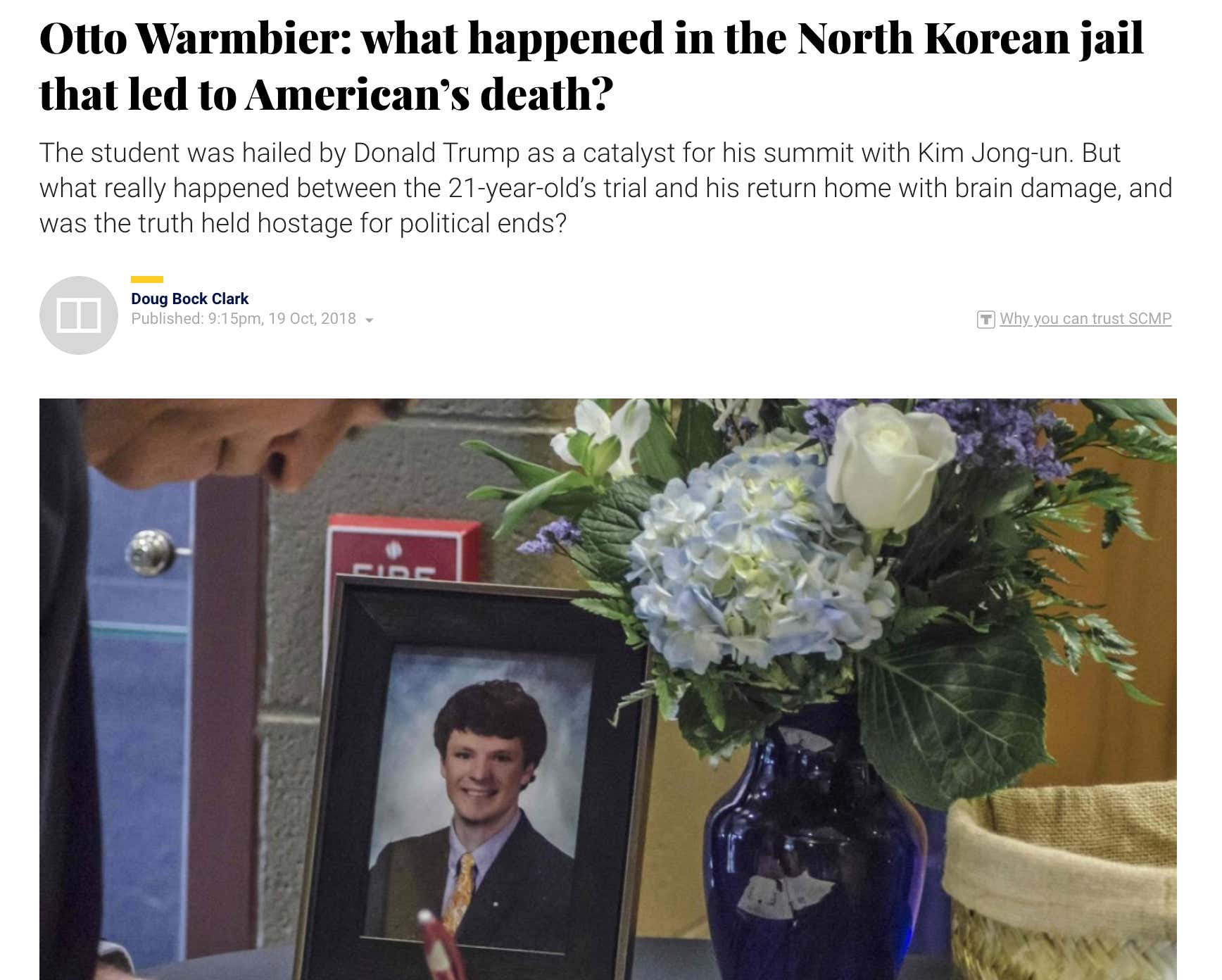 But at the end of the day, Otto Warmbier will still be dead, Kim Jong's sister will rise to power who by all accounts is just as big of a monster as he is, and the world will still be in the midst of a pandemic for the foreseeable future. Soooo, happy Tuesday everyone!!

P.S. After doing 10 minutes of research the best case scenario is Kim Jong Un actually dies and his older brother, Kim Jong Chul takes over. All I know about him is that his father thought he had "the warm heart of a girl", hence why he wasn't chosen as his heir, plays guitar, and is a die-hard Eric Clapton fan. I just don't see an effeminate Eric Clapton fan being as big of a global threat as his cheese-addled megalomaniac younger brother but it's 2020, I could be wrong.