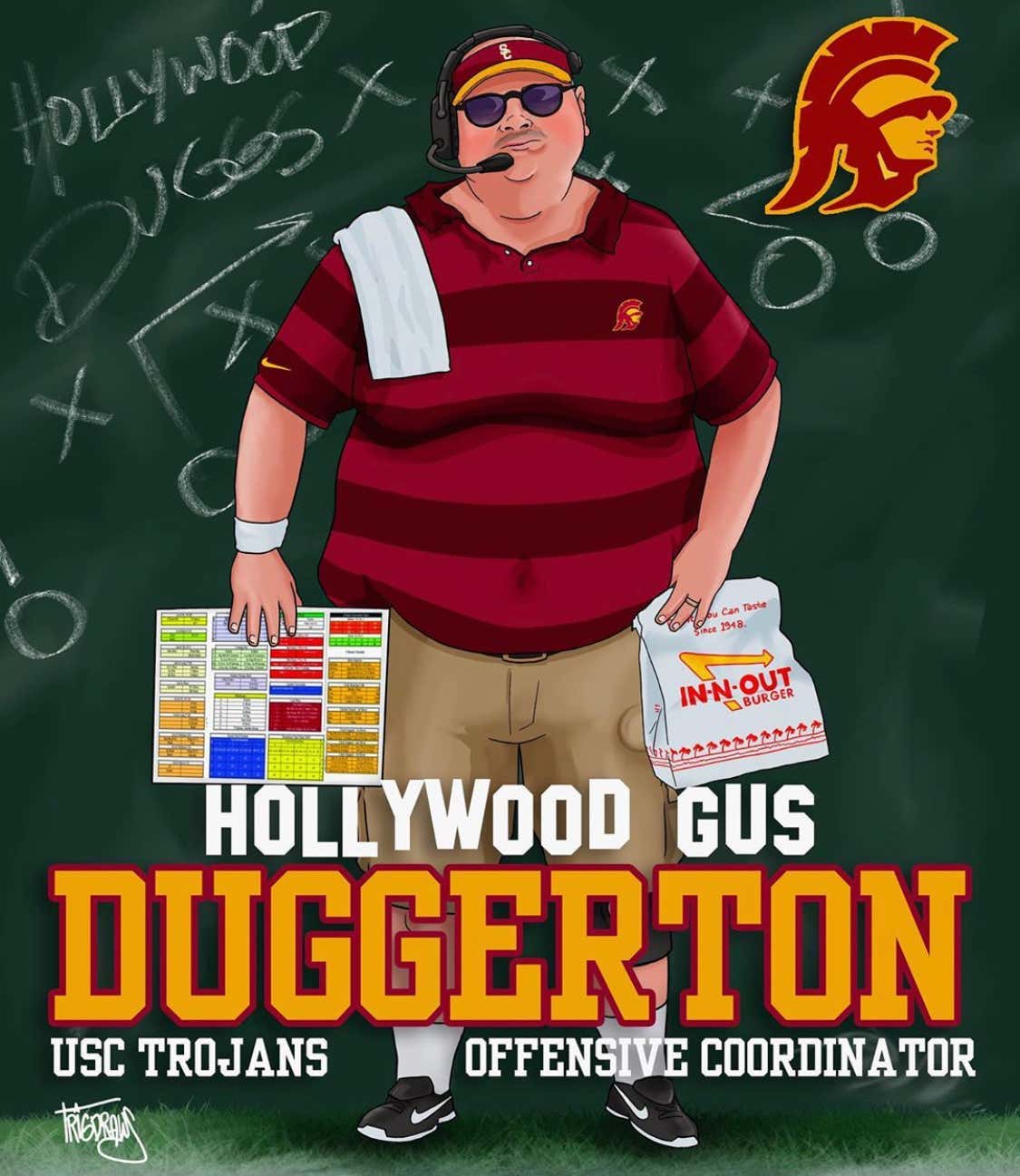 The hype behind Hollywood Duggs is for real. And on Monday night, the brand new USC Offensive Coordinator backed all that hype up in grand style. The Trojans are 2-0 in the early 2015 campaign after a pair of statement wins vs. Tennessee (52-38) and vs. Toledo (59-24).

The biggest name to know heading into Gus Duggerton's first (and only) season with USC is his quarterback, Chaz Kyle. If there's one thing we learned about Chaz in this doubleheader, it's this: he LOVES to fill up the box score. This man is on pace to be Jameis Winston on steroids. USC's gunslinger provides the highest of highs:

But also, the lowest of lows...

So, it's safe to say Chaz Kyle will provide the fireworks for better or for worse game in and game out.

Now, let's move on to the biggest storyline of the night, and let's be real, it's not a night of streaming with Coach Duggs without some controversy.

Here's the backstory: One of USC's top receivers this season is a student-athlete by the name of Edmond Tidwell. Tidwell, AKA "Tiddy" is one of Chaz Kyle's favorite targets:

The "Tiddy Time" nickname is natural. However, it seems that Coach Duggs got a little too excited and violated a streaming rule during the game, flashing his male breasts after scoring a touchdown:

All in all, we learned that it's going to have to be the USC offense who will have to carry the weight this season. As for the defense? Well, who gives a shit. Coach Duggs is the Offensive Coordinator, after all.

We hope you can join us on Wednesday night for USC's first streaming road game of the year, as the Trojans head to Boulder to take on Colorado.