Rafa Nadal and Roger Federer decided to hop on Instagram live and entertain the masses for a few minutes today. They agreed to do this without having any idea how to work Insta live. For a while it seemed like it was just going to be Nadal talking to himself because he could not figure out how to add Roger to the live feed. I remember Marty Mush and Dana struggling to do the same thing with Morgan Wallen when they were doing that celebrity beer pong tournament. It took them 20 minutes because Insta live is a tricky motherfucker. Andy Murray chimed in on Rafa's incompetency. 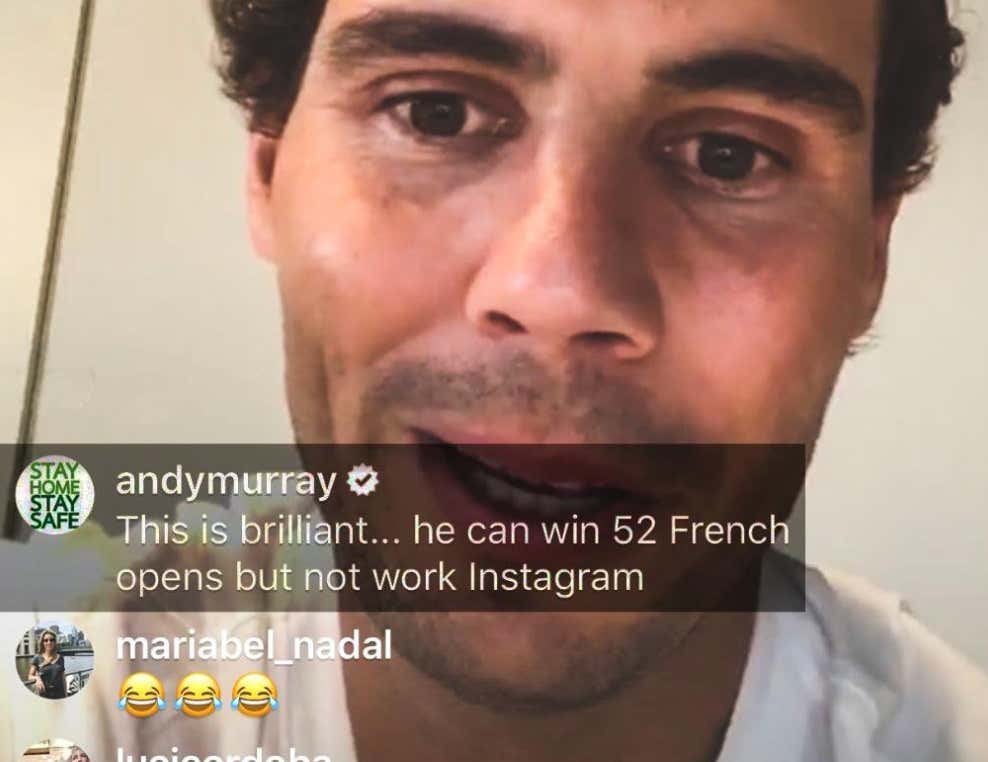 39 grand slam titles and over a billion dollars combined in net worth yet these two couldn't figure out how to work a piece of technology together. Incredible. Finally Roger appeared like he was trying to connect from outer space and the moment is about as genuine and wholesome as it gets. The pure joy on Fed's face is just fantastic. Just two dorks hanging out trying to act like kids.

The conversation itself was as good as can be. These two are as big of rivals as it gets on the court, but they're actually boys off of it and it's awesome. Gotta love Federer hoping Rafa never comes back on the court so he can keep his career grand slam lead on him.

This made my day. It's not a must watch because not nearly enough of you guys care about tennis, but I'll watch that clip of Roger joining the chat about 100 times by the end of the day.

P.S. Mill is thousand in Spanish. They did not have 40 million people watching them talk.