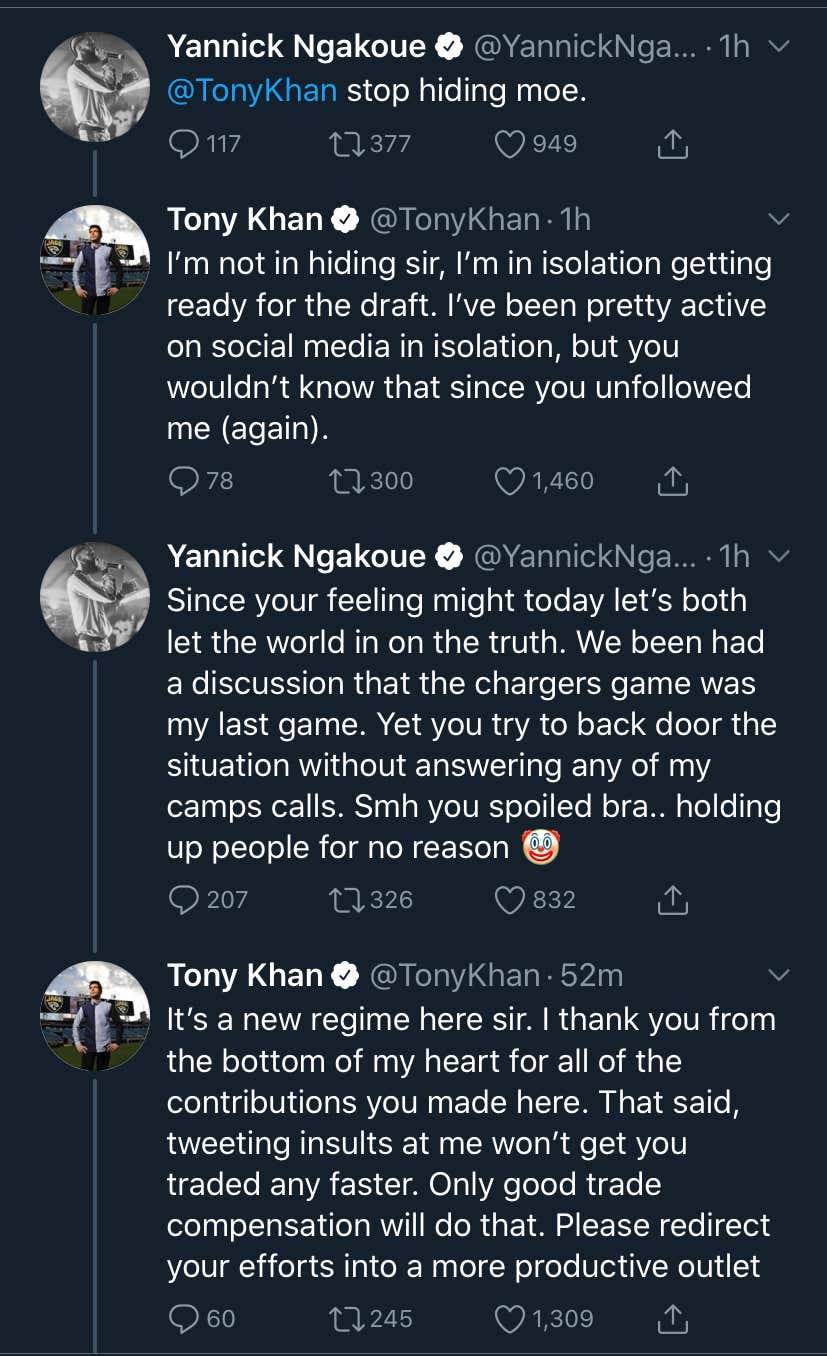 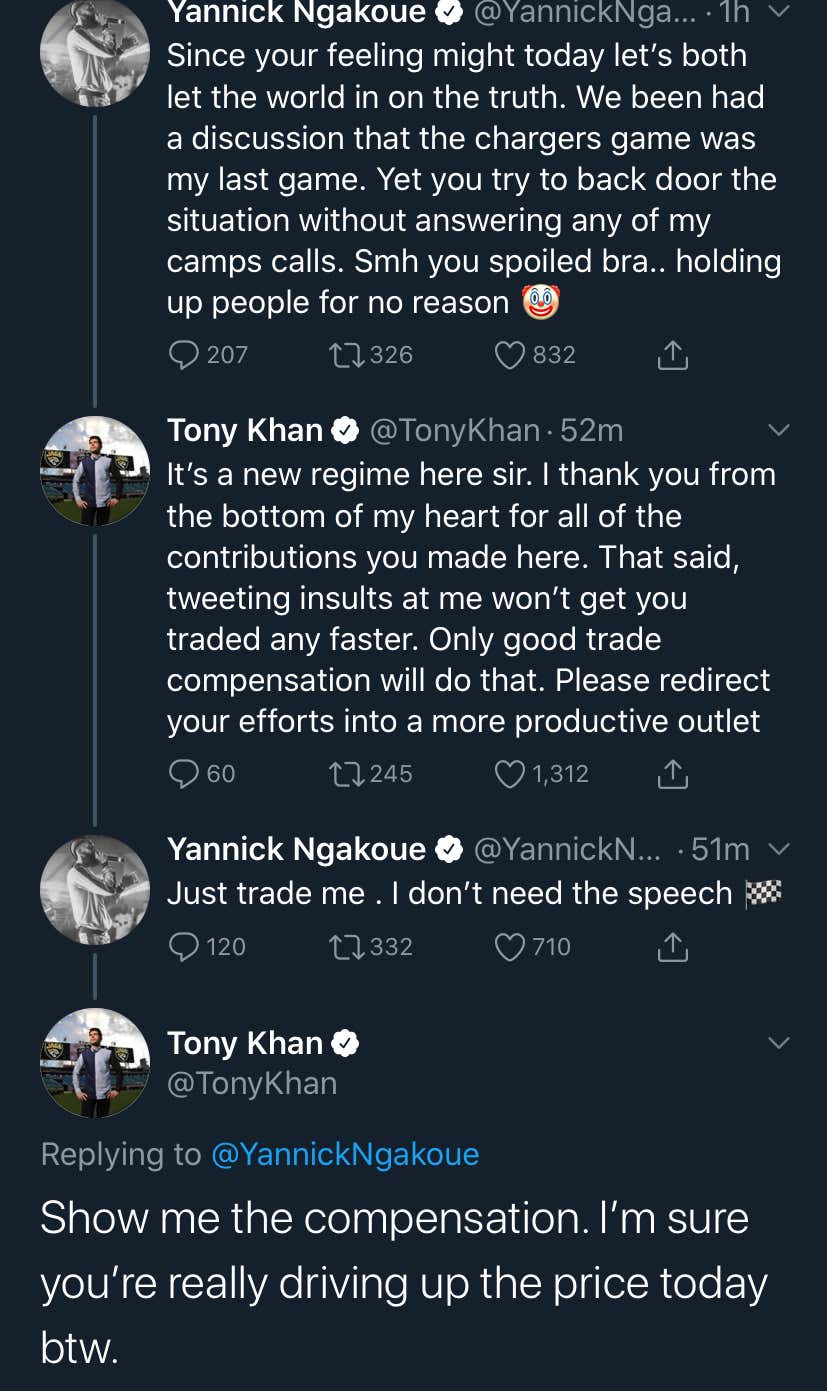 Love this response from Tony. Yannick has been on twitter consistently and constantly posting cryptic messages like all he does is create Pinterest quote boards about his haters. He’s good but he’s not good enough to be acting like the twitter version of T.O. doing sit-ups in Gus driveway.

No one is banging down the door Yannick. If they were, he’d be traded already.

It takes a lot for me to side with the Jaguars right now. So much so that it feels weird doing it against Yannick. He’s a good player who out preformed his 3rd round pick status by a lot. He’s a solid starter with a great motor. He’s not Von Miller, a Bosa, Watt, Myles Garrett, or Khalil Mack. He’s in a class below that. He’s a top 20 edge player in the league and should be paid like it. He certainly isn’t worth the headache he’s causing in Jacksonville and no one seems to really notice because, mainly, it’s Jacksonville, but also because he’s Yannick Ngakoue and not Jalen Ramsey. Jalen was front page news when sports were happening. Yannick is trying to get a national reporter to text him or talk about him at all and that’s been a struggle much like the Jaguars overall defense the last two years.

Hell, I’m a fan of the Jaguars and Yannick doesn’t even move the needle for me.

Tony is right. Yannick should log off and get his agent to find someone who thinks he’s worth a 1st plus the huge record-breaking contract he thinks is coming. I, like Tony, doubt that compensation exists. The 2017 season he had which resulted in him being selected as an all pro was amazing. Unfortunately for him, there’s been two more seasons after that and his impact wasn’t the same. Good, but not the same. If you get 17.5 sacks in one season, create all the chatter you want. When your 17.5 sacks are over the last two seasons combined, well, you get that response from an owner on twitter. Find the compensation.