After spending 3 years in a Colombian prison, Cassie Sainsbury, A.K.A 'Cocaine' Cassie, has been released due to prison overpopulation attributing to the spread of the Coronavirus.  'Cocaine' Cassie was just 22 years old when she was arrested at the El Dorado airport in Bogota, with SIX KILOS OF COKE WRAPPED INSIDE NEW HEADPHONE BOXES.   She also is somewhat of a hottie and the last person you'd expect to be smuggling drugs OUT of Colombia.

'Cocaine' Cassie was a personal trainer in Australia before she took on her second life, and she probably could have done pretty well had she stayed on that path too... just imagine a Cross-Fit syndicate run by coked-up, extra-fit Aussies... they could get the plates pumpin'.

'Cocaine' Cassie was released from the Colombian prison 2 weeks ago, just shy of three years from her arrest.  Her goal was to obviously sell the drugs in Australia, where a gram of Cocaine could go for over $300. She would have been a millionaire...  She was arrested with 5.8 Kilos all duct tapped and wrapped individually in headphone boxes, and when police hauled her in, they took a hilarious picture of her in front of her stash. 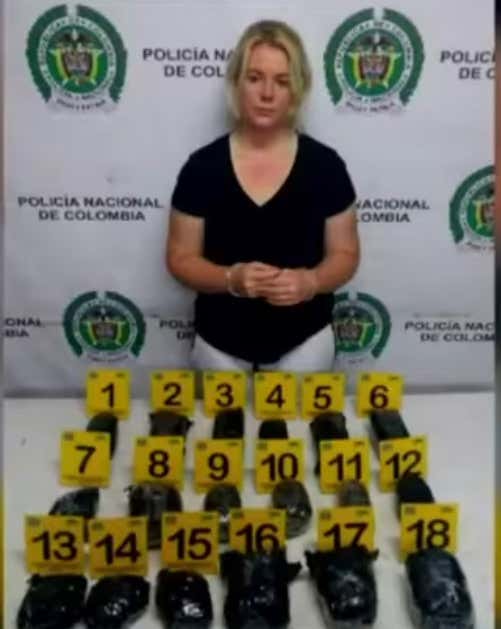 In an interview with 60 Minutes Australia, 'Cocaine' Cassie admitted to smuggling the drugs because she "needed the money." She also went on to say, "Obviously I accepted to come and do it...But it wasn't exactly like I came here thinking: 'Yes, I'm going to go and smuggle drugs.'"  I mean who thinks they're going to smuggle drugs when they go to smuggle drugs, right?!

Some news outlets are reporting that she got wrapped up in debt and was working as a prostitute when the once in a lifetime opportunity came her way.

'Cocaine' Cassie is one of 4000 prisoners released to house arrest by the Colombian President and she cannot return to Australia yet, as she must serve out the last 27 months of her sentence in Colombia.

BUT IT DOESN'T END THERE!

In a stunning turn of events, 'Cocaine' Cassie's husband, Scott, who unfortunately does not have as cool of a nickname as his ex-fiance, decided to call off the wedding they planned for when she was released after 'Cocaine' Cassie informed him she has switched teams and is now batting for the Ladies.  Cassie is now engaged to fellow ex-inmate Joslianinyer Pico, who was released prior to Cassie and proposed to her inside the prison common room.  Cassie says this experience has changed her and she "learned a lot about people, I've learned how to analyze people better."  I don't know if that means she knows how to point out a snitch now or not, but best of luck to her! 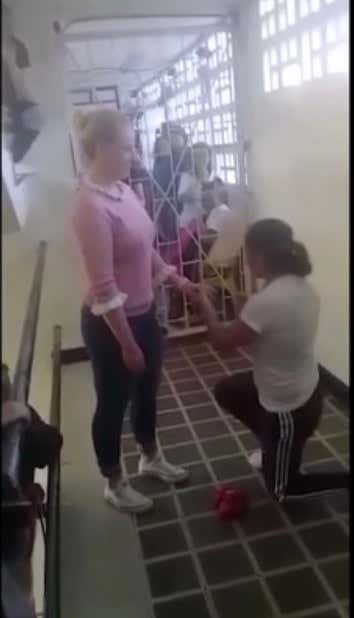 Get the full story covered on today's episode below and hear more like it Monday - Friday, on Hard Factor News. Your daily dose of News Cocaine.