With the first two episodes of The Last Dance out, it's clear who caught the most heat. Well, second most heat because everyone can't stand Jerry Krause. That would be Scottie Pippen's agent - who negotiated what appeared to be a decent deal in 1991 when he signed a 7-year deal for $18 million. Yes it appears great at first, but an agent needs to understand the backend portion of the contract and realize that Pippen being the 122nd highest paid player in the league would not be great. Shit, just take a quick look when you search 'Scottie Pippen agent' on Twitter. 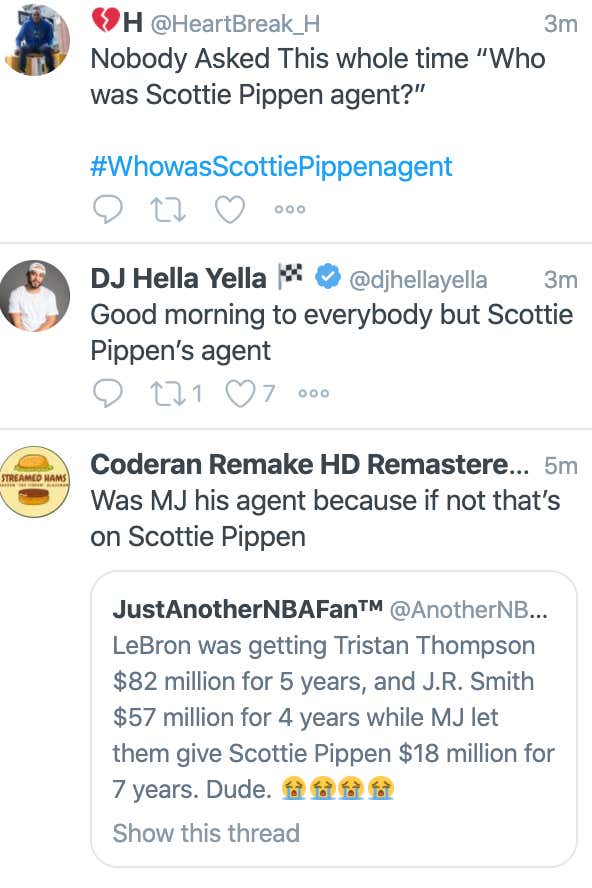 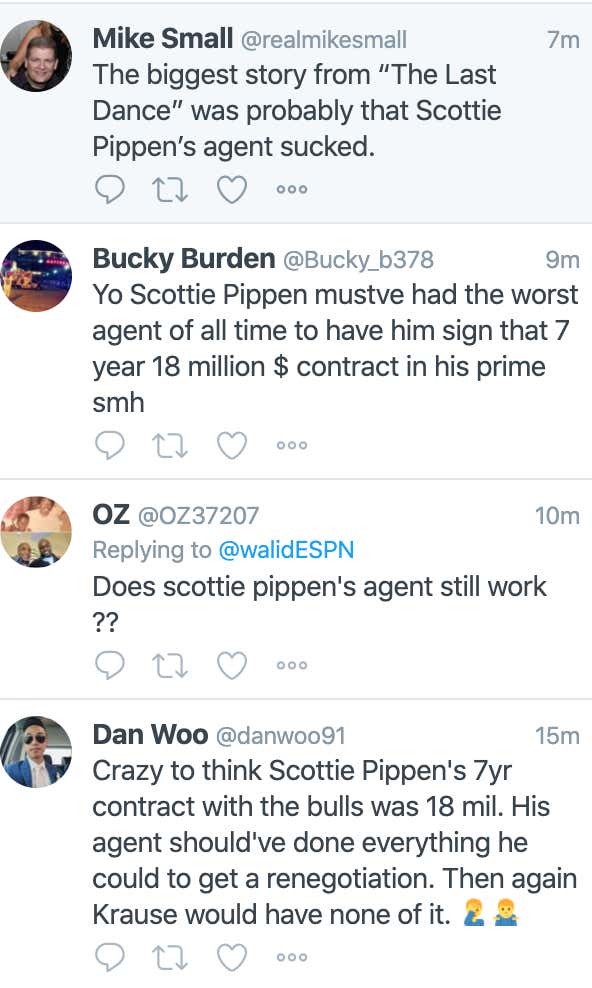 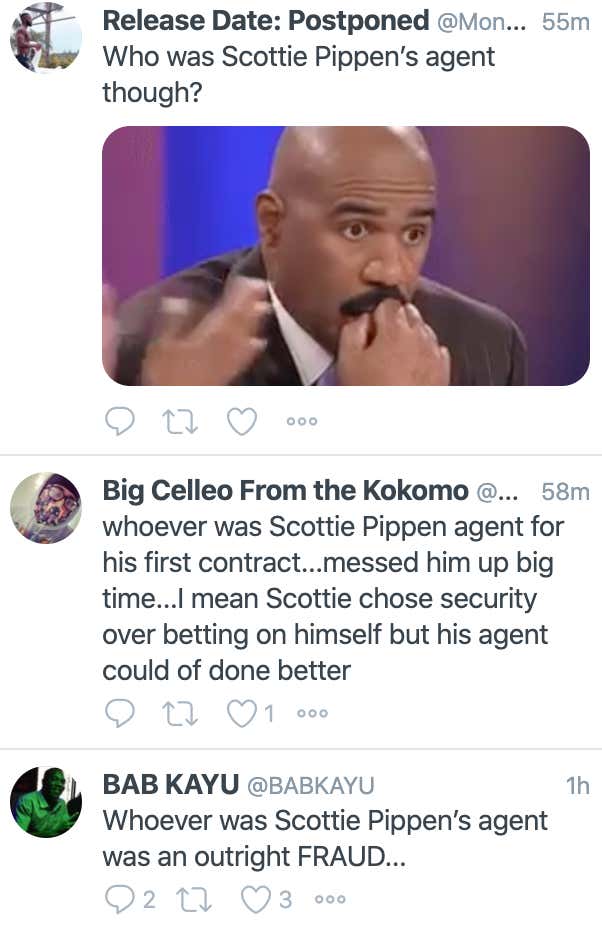 And on and on we go. But that agent? A guy named Jimmy Sexton. He's pretty, pretty good. Why? Oh his clients include 11 of the 14 SEC head coaches, Sam Darnold, Daniel Jones, Derrick Henry and Julio Jones (all thanks to his Wikipedia list). Shit, look at this line from a 2015 feature on him:

In many ways, Sexton drives the marketplace when it comes to college football coaches. With a roster so deep, there's a good chance some of his clients are going to be fired and others are going to be hired -- sometimes for the same job.

So let's get into this contract. Why did Pippen have such a shitty contract. It starts with this:

Imagine if all of a sudden Jordan was the 6th highest paid player on the Bulls like Pippen? You can't do that. You simply can't. Jordan would have absolutely lost his mind if that was true. Then you have to renegotiate with Jordan and ultimately others. Instead Krause was able to be a dick to Pippen about it because he had Jordan on the long-term deal and then the expensive deal.

This is the biggest part here. Scottie came from a poor family and his dad and brother both had health problems. You put $18 million in front of someone and it makes perfect sense why you jump all over it. Obviously an agent or someone needs to try to figure out if the cap structure is going to change and adapt.

Just know that Scottie's agent - actually pretty good. Even great. I assume he just got to football like 'yeah, hoops wasn't my sport. But this? This I'm great at' and then laughs while sipping Diet Coke with Nick Saban.