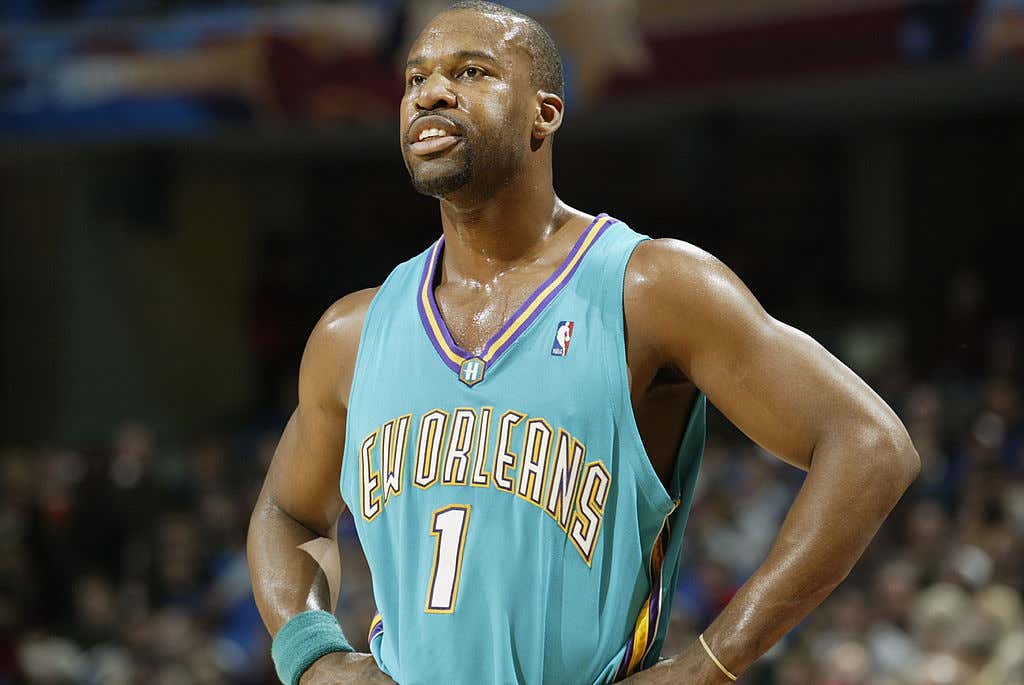 Still coming off a contact high of the MJ doc last night, all those throwback highlights made me think about players I loved watching growing up. That journey led me to the one and only Baron Davis. Now a lot of people probably remember Baron Davis mostly for what he accomplished as part of the We Believe Warriors, but make no mistake about it this dude was A PROBLEM long before he found his way to the Bay. The shit he used to do in the early 2000s while he was a Hornet didn't really make sense at the time. This 6'3 point guard was destroying people with his handle and then dunking on absolutely everybody. I'd go so far to argue he was one of the most exciting players of that era.

When we talk about great point guards from this time in the NBA, I feel like a lot of people forget about just how nasty Baron Davis was. Guys like Nash, Iverson, Kidd, Billups, Arenas etc get a lot of the hype, but BD was right there. Just an absolute force and the perfect way to start your week