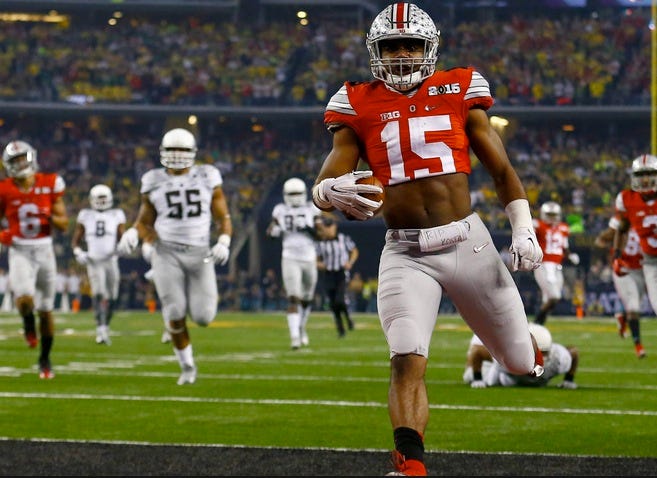 NCAA - Rules changes approved for the 2015 season by the panel include:

Officials will treat illegal equipment issues – such as jerseys tucked under the shoulder pads or exposed back pads – by making the player leave the field for at least one play. The equipment must be corrected for the player to return to the game. The player may remain in the game if his team takes a timeout to correct the equipment issue. 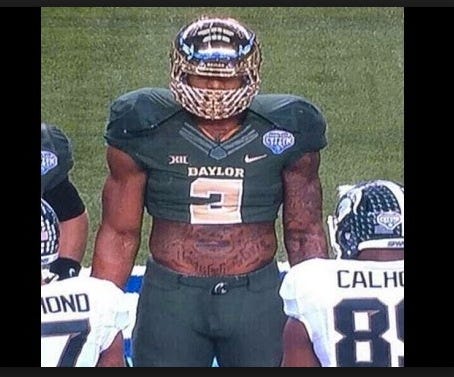 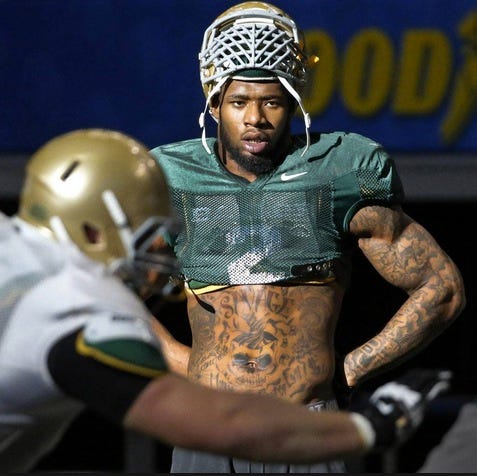 Would loovveeee to be the little intern who had to go up to Oakman and tell him to put a shirt on.