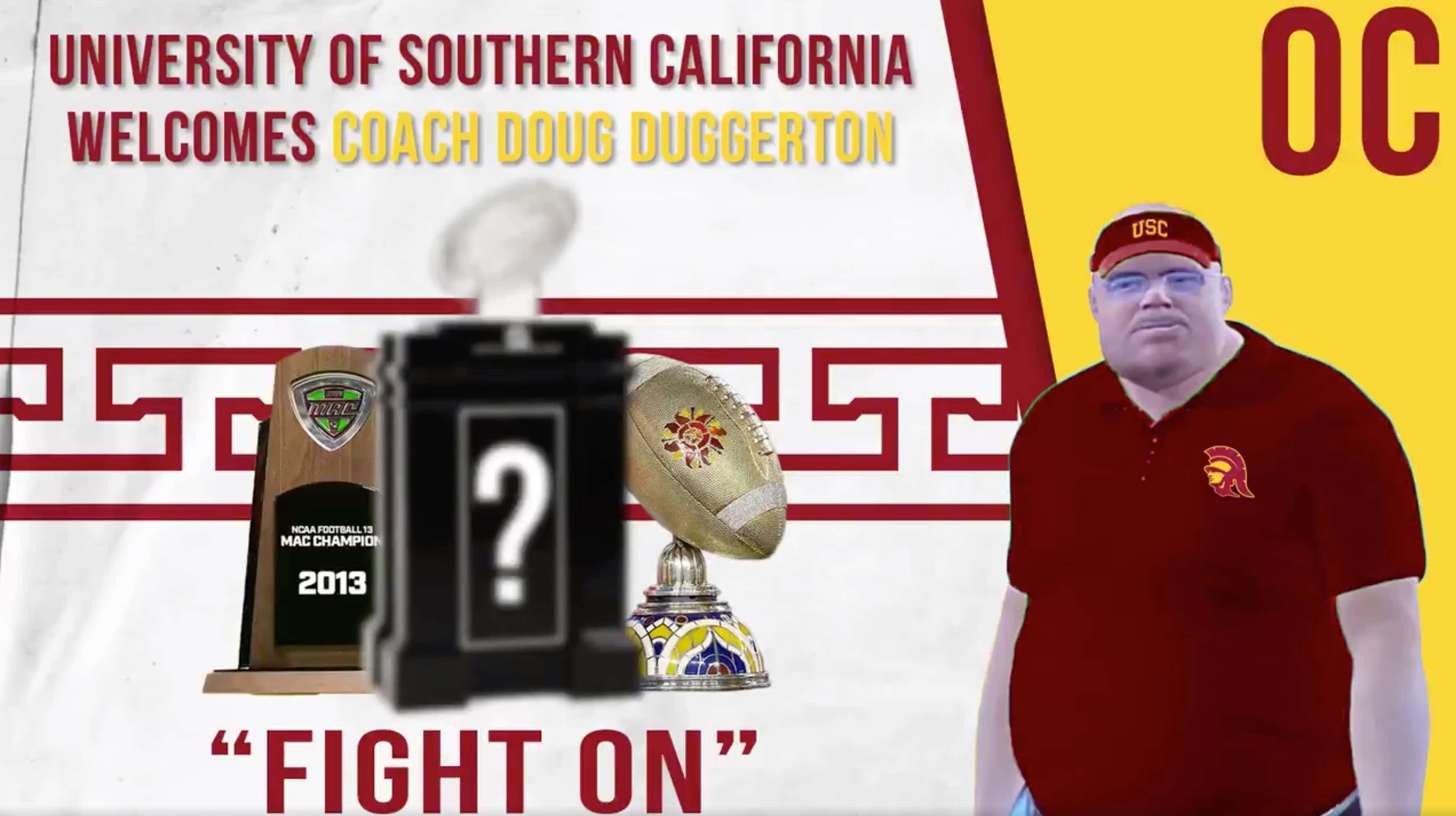 Less than 24 hours after winning an epic Fiesta Bowl, many thought Florida State Offensive Coordinator Gus Duggerton was going to be a flashy name in the Coaching Carousel.

Coach Duggerton was seeking offers from blue blood college football programs to be their next head coach, but unfortunately, many did not feel the same way about him.

It would have been magical to see Coach Duggs take over Death Valley. But it wasn't meant to be.

Coach Duggs eventually reached the interview process with a handful of schools. First up? Tulsa out of Conference USA. The Golden Hurricane went in a different direction.

This was the first domino to fall for Coach Duggs. After Tulsa, the interviews and offers continued to pour in:

Thanks for coming out, Buckeyes! Coach Duggs would NEVER step foot in Columbus, if you couldn't tell above (or below).

After rejections left and right by Coach Duggs, there were still a pair of power programs with interest on the table: Texas and USC. Big Cat heard from Texas first, and got the offer. Now the tough part. If he declined this, would USC still offer? It would be a humongous risk. Coach Duggs weighed his options, and eventually made the choice to reject the Longhorns.

So, that left the Trojans of Southern California. Would USC offer? And would Coach Duggs accept?

Not a hard decision for last night's Fiesta Bowl Champion.

BOOM. And there you have it. From Tallahassee to Los Angeles. Pretty much the same place.