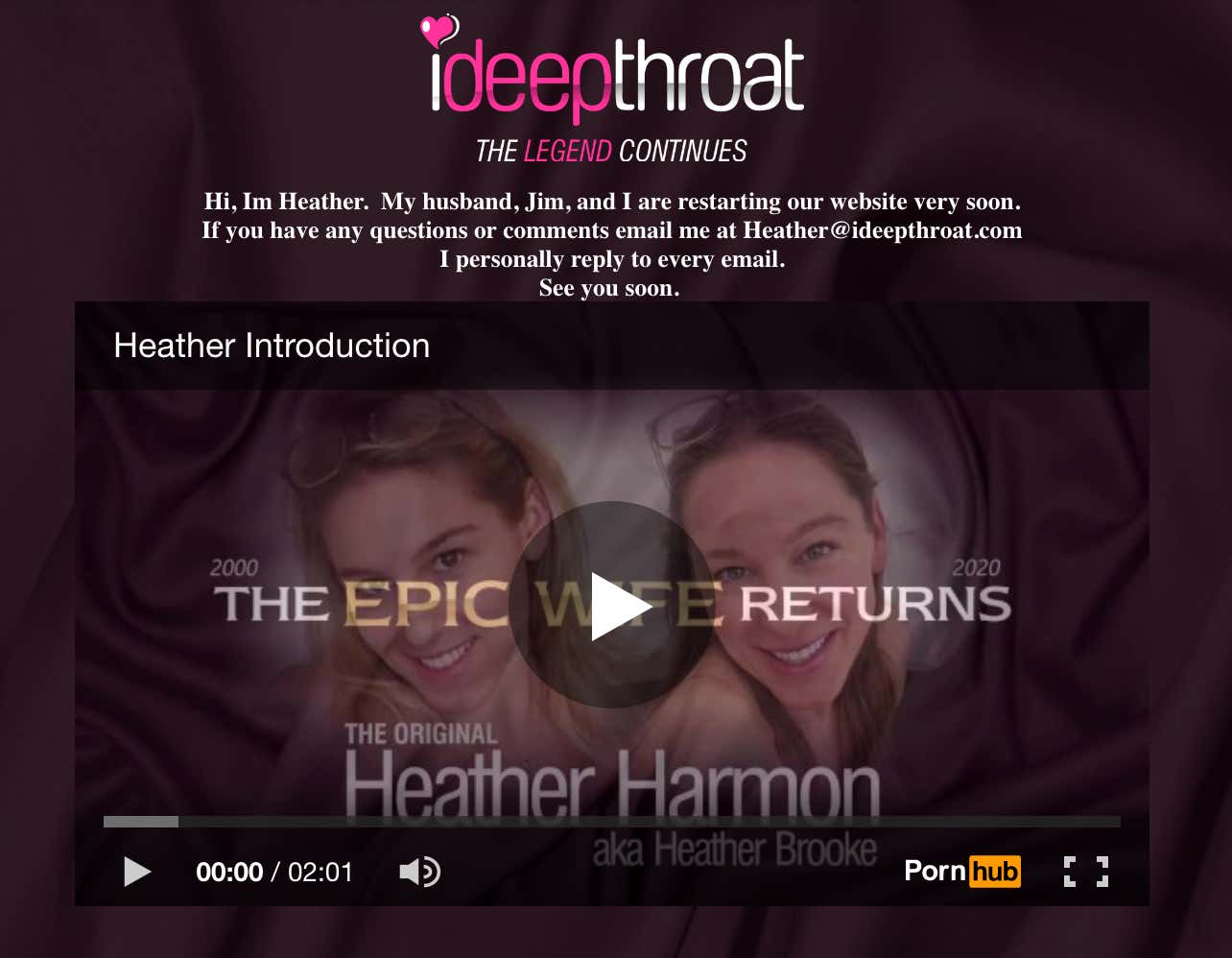 1) This is MONSTER news. Guys from my generation have only experienced something like this one other 2 other times and that was when MJ came out of his retirement.

This is the ultimate "If you know, you know." The Wiggle Dicker Tik Tokker's are probably watching that video and seeing what appears to be a significantly washed up lady talking like shes a religious figure or something. But guys my age? Guys from the Greatest Generation who know what it was like when you had to work for you porn...when you had to search for you porn...when you had to wait for your porn to buffer...we know the greatness that is Heather Brooke. So I'm not even kidding when I say this is the biggest un-retirement since MJ. Not one ounce of sarcasm. Shes been gone for a good 15 years. Probably closer to 20. And she is the greatest to ever do it. The best there ever was, the best here ever is, the best there ever will be. The thought that she's been having this idea for a couple years, and NOW, when America is at its lowest, she comes back???? I mean, oh my goodness gracious of all the dramatic things! This is like Bruce Wayne in Christopher Nolan's Batman sacrificing himself to save Gotham. She's the hero America needs, but not the one we deserve right now.

We need this more than sports. I'll be honest, I need this more than a cure. I can do quarantine life no fucking problem. What I cant do is live in a world without Heather Brooke. If you told me right now theres 2 doors - if you walk through door one you enter a world where COVID-19 is cured, if you walk through door 2 we're still in quarantine and Heather Brooke is back blowing her husband's skinny yet enviable penis...well bubble in B on the Scantron, folks!

If she doesnt do her first scene wearing a Jordan 45 jersey, she needs a new business manager. Thats the biggest layup of all time. She already screwed up by not just dropping a press release that says "I'm Back," dont drop the ball on the jersey, Heather. And if we're being honest taking a look at that video she should probably rock the Wizards jersey. But nonetheless, I shall be here, paying anywhere up to 69.95 to watch her make things disappear in that bottomless pit she calls a gullet.

And before I go fire up the old laptop and go nostalgia-jerkin to some videos with that "www.IDeepThroat.com" watermark across the bottom, I'll leave you with this thought - what if they've been filming the last 15 years?? What if they are about to just drop a treasure trove of a decade and a half of her suckin off Jim?? I feel like this could have been the plot to National Treasure 3. I feel like Ben Gates could have been searching for Heather Brooke's private sex tape stash. Its that important of an archive. Buckle up, folks. Quarantine just got a whole more interesting.

PPS - Hot Seat: Heather Brooke's kids, Cool Throne: Heather Brooke's husband. Imagine being that lucky son of a bitch right now? Whats that, honey? You want to drastically ramp up our sex lives once again, like some sort of pornographic Avengers sent to take on the world's greatest enemy? But what about our kids who are probably in like high school right now? Wont that be wei...ah fuck it! Meet me in the laundry room!

PPPS - "Meet me in the laundry room" is a deep cut for the true OG's only.