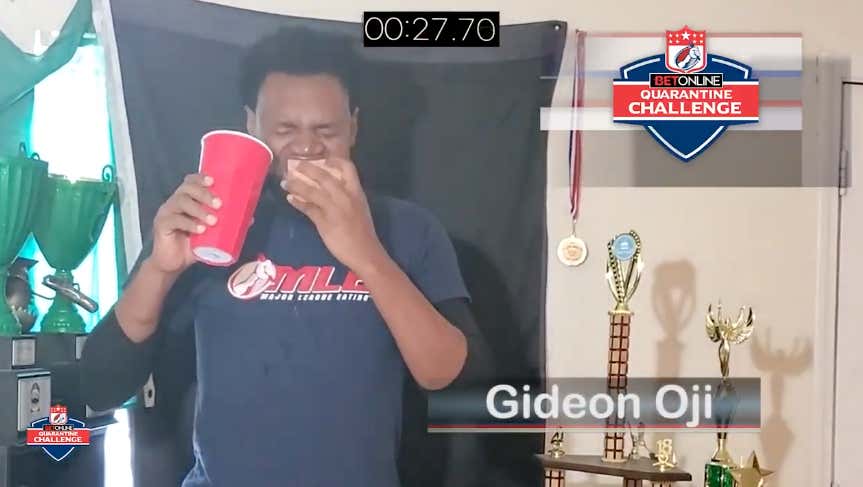 We've got a little case of good news, great news here. The good news is that professional sports are back in our lives as Major League Eating opened back up tonight in the first leg of their quarantine challenge. The great news is that we just witnessed a display of sheer human excellence when Gideon Oji DEMOLISHED 2 lbs of bologna in just 52 seconds like an absolute savage.

Just look at this monster go.

That's a massive wad of bologna in his hands and he's treating it like it's nothing more than a Mac Jr. And here he is blowing past Joey Chestnut on his way through the finish line.

Joey Jaws came into the competition as the +100 favorite. Matt Stonie clocked in at +400. Gideon Oji was in the middle of the pack at +600 and he finished a solid 3 seconds ahead of Chestnut and 11 seconds ahead of Stonie. What a display of brilliancy. You'll always remember where you were when Gideon Oji ripped through 2lbs of bologna in 52 seconds. You'll be telling your grandchildren about this one day.