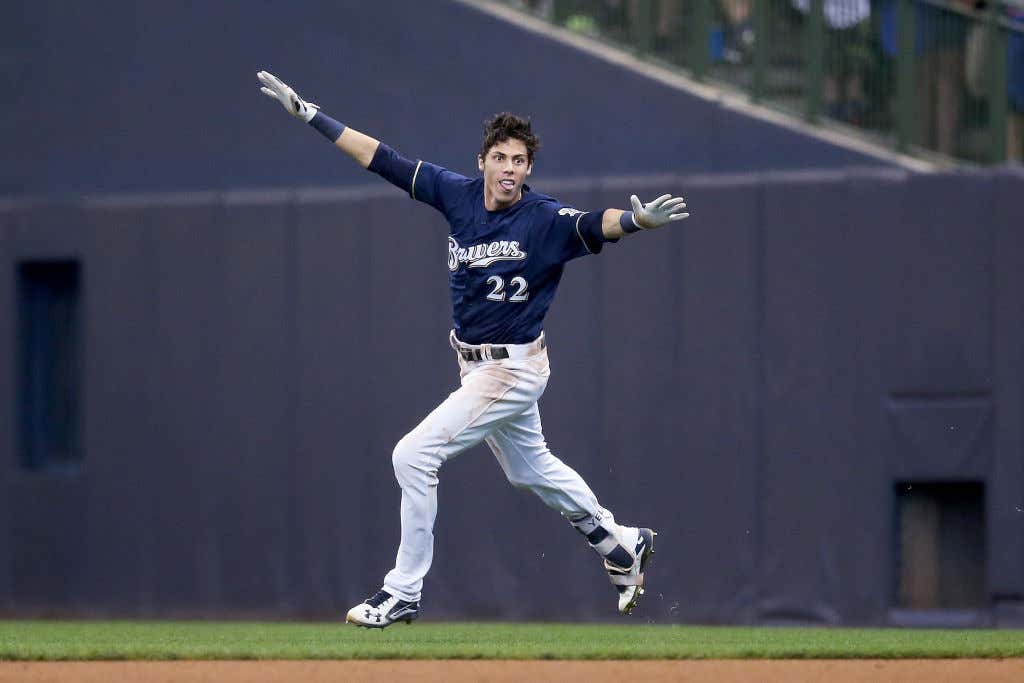 Picture this: The panic button gets taken out of the drawer by Hank and set square in the middle of the table of the podcast room. Mr. Cat and Mr. Commenter are profusely sweating through their "Saturdays are for the Boys" shirts, staring at each other and at the button, repeatedly. They wonder, who was going to smash it first?

OK, this didn't actually happen, but Christian Yelich was red-hot and on an absolute tear. Everyone was starting to get worried.

The original bet came during the 2018 All-Star Break, when out of nowhere, Mr. Cat said he and Mr. Commenter would eat each other's asses if Yelich EVER won a home run Derby. Similar to the pinky bet, there's no upside other than AWL's to root for the absolute worst to happen.

One year later, this atrocity never came into fruition, as Yelich had to back out of the Derby due to injury. But both Mr. Cat and Mr. Commenter's asses were literally in the jackpot.