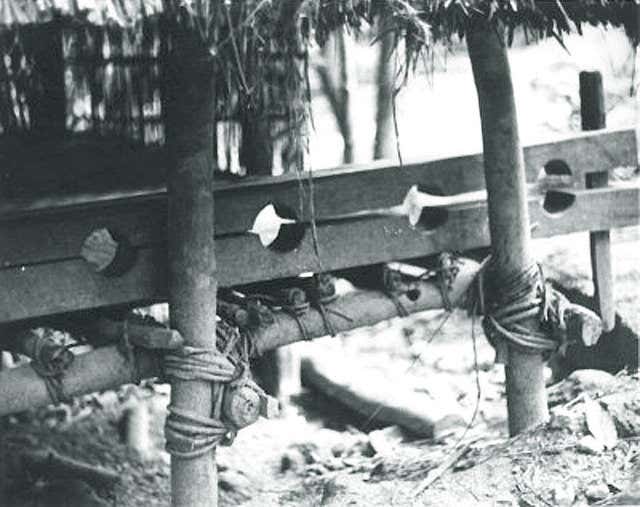 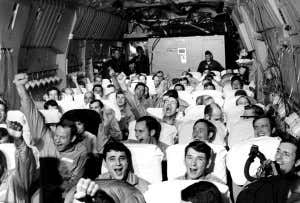 Throughout my time here at Barstool, I've been fortunate in a lot of ways. I get to work a dream job where I can tell essentially whatever jokes I want, interview amazing people, and create ways to talk about the issues that matter most to me. Sometimes, just every so often, I'll let that luckiness slip out of my mind's eye. Sometimes, I'll forget to be incredibly grateful for the life that my family and I lead by working here and by my good fortune of being retired from the Marine Corps despite my enormous personal fuck up.

On Tuesday, I was lucky enough to get a stark reminder about what life could be, what life has been, and what life is for many still around the globe. On Tuesday, I sat down with Navy Captain Charlie Plumb. Charlie was a young, intelligent guy who got into the Naval Academy in the 1960s. His whole life growing up in a farming community in Kansas, Charlie dreamed of flying planes. After graduating from college and moving on to training, Charlie was one of the first graduates from the Navy's now storied Top Gun Program. Charlie got his wish. He was a fighter pilot.

While the Vietnam war raged, Charlie was in the skies manning an F-4 Phantom Jet. During his deployment as a fighter pilot, he had flown 74 combat missions and completed over one hundred carrier landings. He told Kate and me about the last time he took off from his carrier. He said that while he was in the air, he could see hundreds of other planes. Missiles flew. Bullets strafed. Mr. Plumb told us that while he was flying his last mission over the coast of Vietnam that he felt lucky, lucky that he would be soon going home to his wife and family. Charlie had married his high school sweetheart, and like most service members when they are deployed, his brain was with his love when it wasn't on the mission at hand.

Charlie was shot down over Vietnam and subsequently captured. He was placed in a brutal and notorious prison in Hanoi. The Hanoi Hilton is arguably one of the most brutal prison camps in American history. From that prison, American legends were born because they were beaten, starved, stripped, and treated sub-human. Whether we are talking about Floyd James Thompson, a US Army Special Forces soldier who was the longest-held U.S. POW who spent almost 9 years in captivity or Charles G. Boyd, who was a US Air Force pilot and POW for almost 7 years before ultimately retiring as a 4-star General; or John McCain the well-known US Navy pilot who became a long-serving Senator in Arizona and the 2008 Republican presidential nominee. Before his long and storied life in public service, McCain spent parts of his five and a half years as a POW in what is actually called Hỏa Lò which translates to "fiery furnace" or even "Hell's hole." McCain was also Captain Plumb's flight school instructor and had graduated just a few classes ahead of his at the Naval Academy. Plumb talks about McCain in our interview and mentions that McCain was, "one of the toughest sons of bitches I've ever met." I imagine that Plumb has met quite a few tough sons of bitches.

No matter what you call Hỏa Lò or the Hanoi Hilton, it was hell on earth.

Charlie is a pleasant man with a charming smile. His smile was bright even over the computer screen where we spoke on Zoom. When Kate and I asked him about his experiences in his small cell in the fiery furnace, a look in his eyes changed. From hope and glee, you could see a transformation back to a dark, solitary moment in the 6-year period on the timeline of his life. He told us about how the men there communicated, how they would sometimes belly laugh with each other, and how he constantly imagined himself going back home to Kansas to be with his lovely bride.

6 years. Over 2100 days. Charlie told us that the seconds seemed like minutes, the minutes hours, and the hours days. It felt like that for over 2100 days. 2013 days to be exact. Each day counts because the seconds that made up those days were comprised of seconds that Charlie ticked off in his mind taking a sing step by single step by single step in his small cell on the other side of the globe and away from his wife, who ended up filing for divorce after he had been in captivity for 5 years and 9 months.

Charlie is the 2nd prisoner of war that I've had the pleasure of meeting and interviewing. It's conversations like this one that changes who I am as a person. It's conversations like this one that changes my perspective on our current state of pandemic and what perseverance can look like or needs to look like. Though, as Charlie reminded us, hard times don't have to equate to what the men in the Hanoi Hilton went through. They rarely do, thank God. Hard times for us right now are still hard times and we are allowed to feel that way.

Hardship is not a competition. If it was, Charlie would win just like he has since he was released from the custody in 1973. After those years were he was beaten and abused, Mr. Plumb continued to serve and retired after 28 years in uniform.

Those are the cliff notes. I could have talked to him for hours. His wisdom pours out to Kate and me over nearly 40 minutes. If you need a reminder of perspective, allow Charlie Plumb to be the one who delivers that message.