April 17th marks the day Apollo 13 safely splashed down in the pacific ocean after 142 hours, 54 minutes, and 41 seconds (about 6 days) in space. 5.5 minutes into the mission, the crew felt a vibration in the ship which ultimately lead to the oxygen tanks exploding and the mission being aborted to get the men home safely.

142 hours 49 minutes 11 seconds of the 3 man moon mission were spent trouble shooting things that went wrong aboard the aircraft ... that's almost a full week of dealing with non-stop bullshit.

Yup, you've all seen it,  Apollo 13 was a movie. I'm not sure what's real or fake with Tom Hanks anymore, and I'm nervous history will get blurred and confuse memories of Tom Hanks life with his movie characters. Ever since America met Chet Hanks, Tom hanks son with a less than 100% P.C. Jamaican accent, I've never been more confused about who is Tom Hanks. But, I do know for sure that he was not on the actual Apollo 13 mission despite this incredible picture. 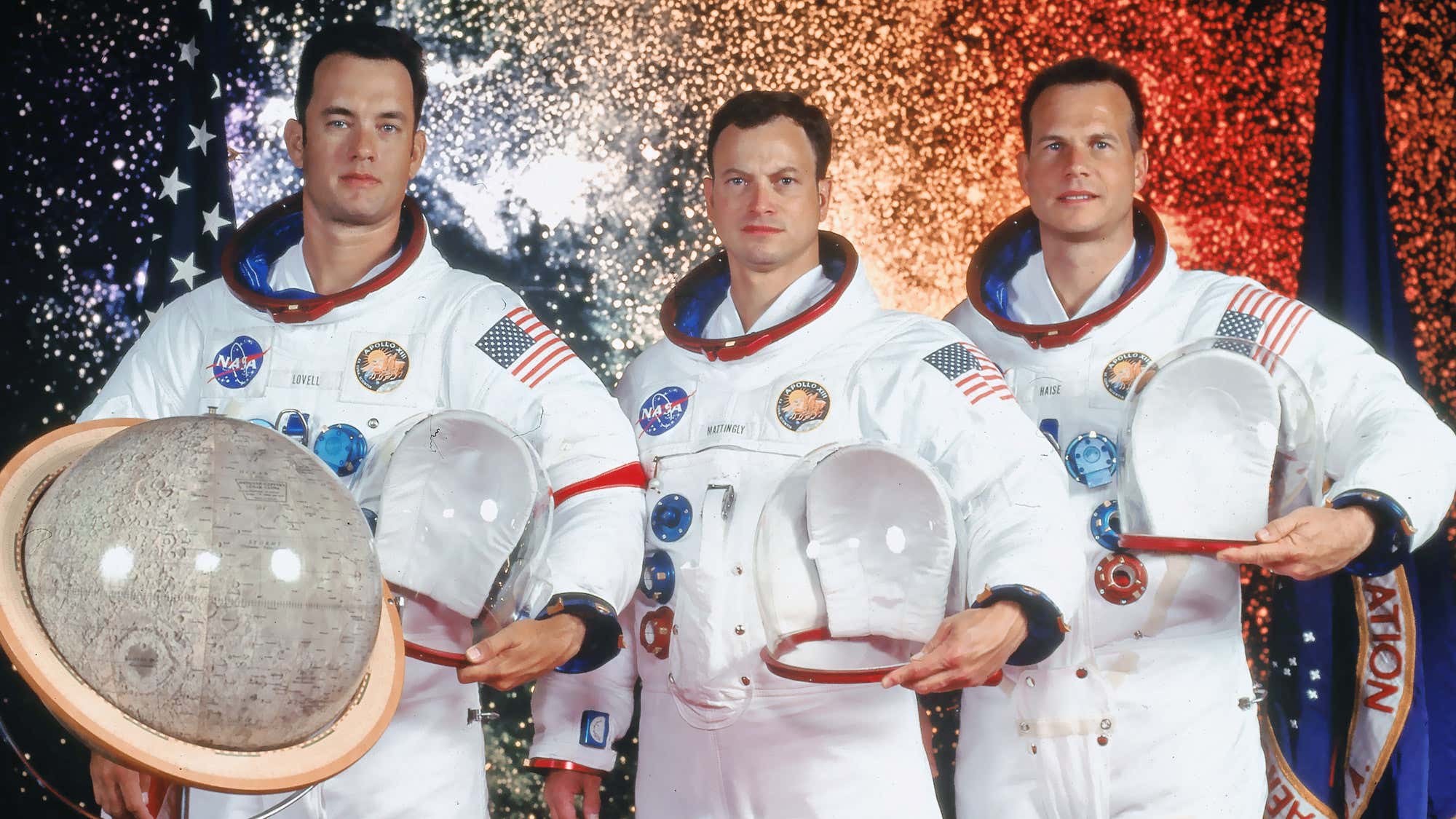 Below are the real astronauts who were aboard the Apollo 13 moon mission - Jim Lovell, Jack Swigert, Fred Haise.

The famous line Houston we have a problem is actually a misquote, Jack Swigert actually said, "Okay, Houston, we've had a problem here."

NASA astronaut pictures may have been the first time a crew got together to take a photo and flex? Then rappers and christian rock bands capitalized on the idea? 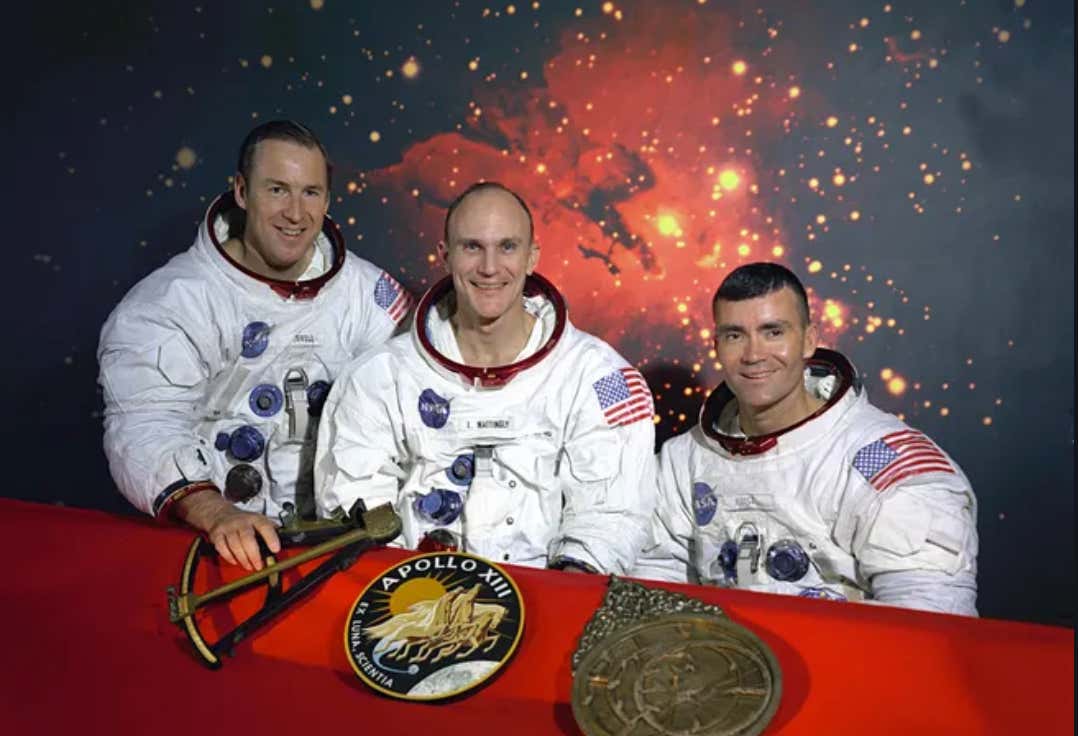