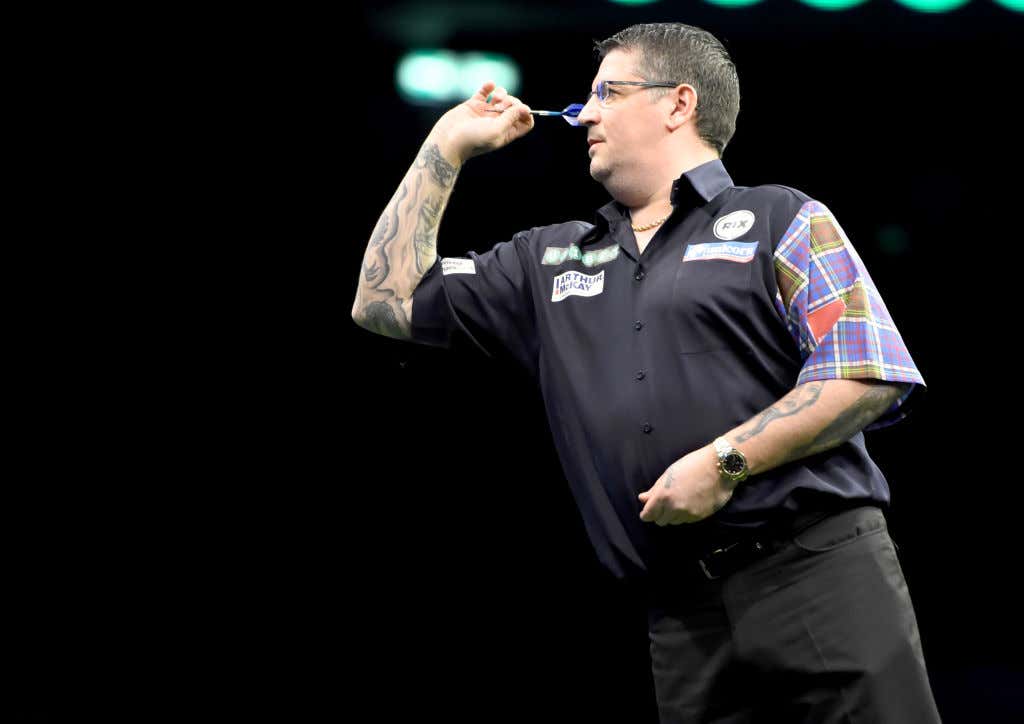 SkySports - Gary Anderson has withdrawn from the PDC Home Tour because his WiFi connection is not strong enough.

The two-time World Championships winner from Scotland was due to feature in the event, featuring all players with a tour card, which will take place across 32 consecutive nights from players' houses.

The time has finally come when professional athletes finally find out the true struggles of all of us well respected journos in the media who cover their sports. There's nothing worse than when some massive specimen of human excellence looks down upon us members of the media as if we don't know what it takes to grind our way through a full season. They think they have it so tough putting their body through intense physical labor all year long? Well try not blowing your fucking brain out every single day when your internet craps out on you and there's nothing you can do to fix it because Comcast fucking sucks and they're a bunch of goddamn pricks who do everything they possibly can to make your life miserable. They never fix shit. They always just end up raising the bill every month for no reason. WiFi is simultaneously one of the best things to ever happen to the evolution of man while also being the absolute worst.

I mean there's nothing like having to spend 4 hours out of your night trying to record a lacrosse podcast that nobody listens to because you spent the first hour just trying to have a smooth connection to your cohost who is 780 miles away, then halfway through recording the WiFi connection takes a shitter again and now you're not sure if you've just completely lost everything you recorded in the first half, rinse and repeat.

Athletes have no idea about the struggles of the media but that's all changing now. And you know what? I feel awful for Gary Anderson here because I know the exact frustration that he's going through right now. I know the pain and anguish of restarting your router 15 different times but it still does absolutely nothing to fix the issue. I know how unbelievably aggravating it is to be lagging and glitching and lagging and glitching. I wouldn't wish it upon my worst enemy, so I certainly wouldn't wish it upon this certified beautician.

P.S. - How long until ABP gets blamed for this?