Source - Jeff Bezos is adding to his Manhattan real estate empire.The Amazon chief has just bought a $16 million, three-bedroom unit on the 20th floor of 212 Fifth Ave., according to city property records.

Bezos already owns $80 million worth of real estate in the building. Last June, he closed on a three-story penthouse and two apartments on the level right below it.

The properties on those four floors, plus the latest purchase, which is adjacent to the rest, will allow Bezos to create a massive dream home. The 55-year-old CEO is the wealthiest person in the world with a net worth of more than $125 billion.

Bezos paid “more than market value” for the latest apartment, added Jenny Lenz, “but given that it is uniquely able to be attached to his units, the purchase makes sense.”

The penthouse alone has five bedrooms and 5 ½ bathrooms over 10,079 square feet. It first hit the market in 2017 for $73.8 million. Bezos paid around $58 million for it and about $22 million for the two adjacent units on the floor below.

You hear about real estate purchases by the super wealthy and for the most part you can wrap your head around them. You see a big house on TV with the big yard, the pool, the cars, the guest cottage in the back and you can imagine yourself living there. But every once in a while you see a purchase so outlandish, so unnecessary, so utterly absurd that it blows your mind. This is one of those purchases.

Lemme put this in perspective. To have a nice one bedroom in Manhattan you need to have at least $3,500 per month to spend on rent. The higher up in the building you go, the more expensive it becomes. Why? Because less neighbors equals more privacy, and privacy on an 13 mile island with 1.7 million people is at a premium. There are other factors as well- the neighborhood is obviously the deciding one, as is the type of building you're in (full service, doorman, "white glove" doorman if you're on the Upper East Side, elevator, walk up etc.). Having said that, you can rent a decent place with a friend for like $2,000 per month if you're smart about it. Which is why when I hear that Jeff Bezos BOUGHT his FOURTH apartment in the same building overlooking Madison Square park for a grand total of $96 MILLION, my brain explodes. He's creating a literal mega-mansion right smack dab in the middle of one of the most expensive real estate markets on the planet.

The building itself is insane. 212 5th Avenue is described on as "a neo-Gothic early sky-scraper newly converted to forty eight exceptional two, three and four bedroom condominium residences." There it is on the corner. 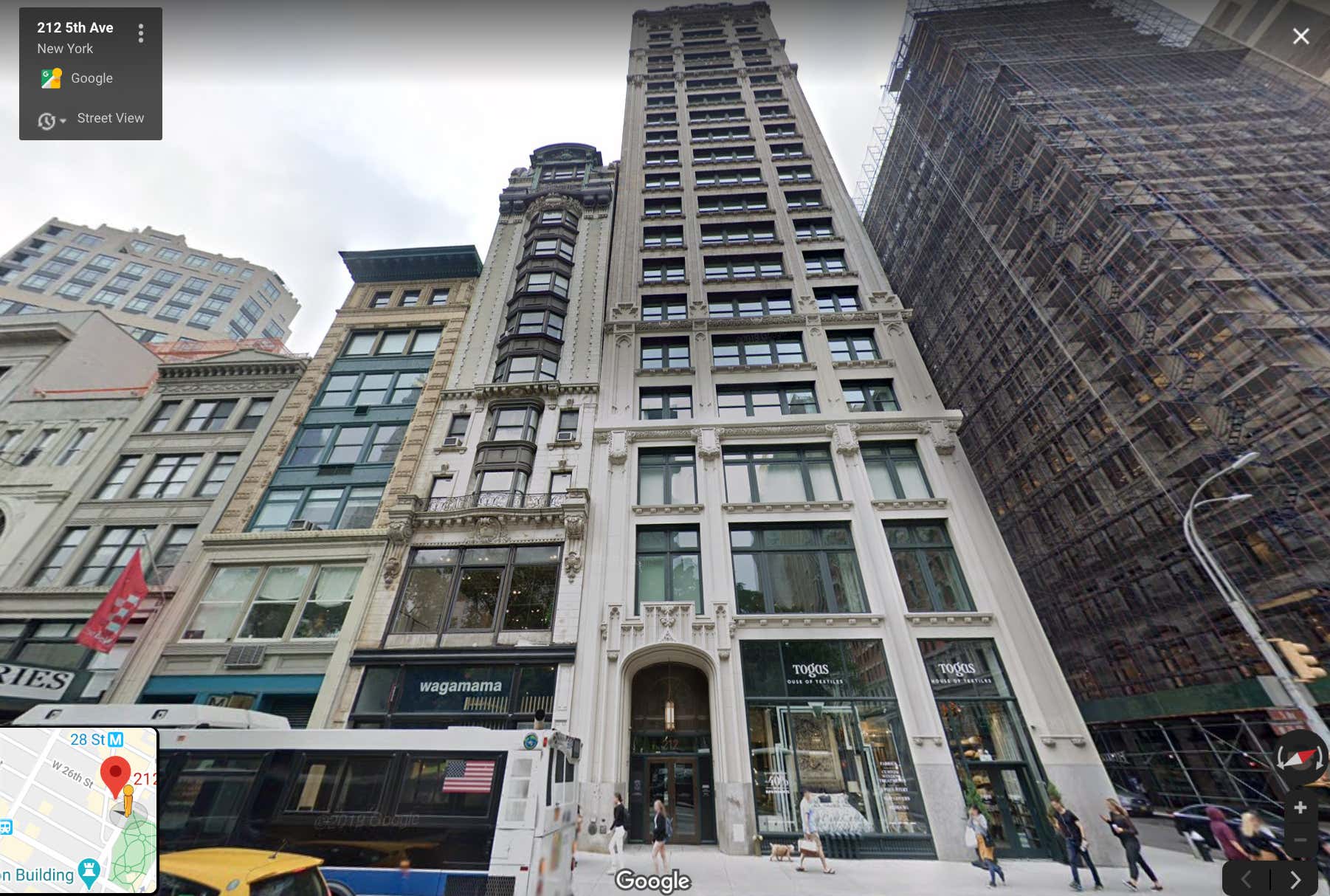 And here's a photo of the penthouse on top of it that Bezos likely owns. 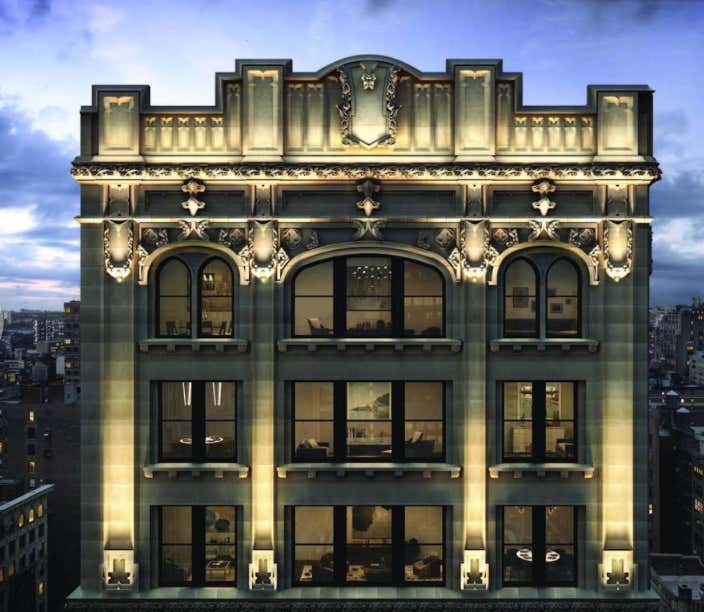 One block away away from the old office mind you.

That's the crazy thing about New York. You never know who's around you. I could be eating a burrito on the bench ten feet from Bezos' front door and I'd never know. Everyone is so on top of each other that the billionaires just blend in with the rest of us. Watch 740 Park on Netflix if you haven't already and you'll know what I'm talking about. It's a city of extremes. Some people have money like you wouldn't believe and others live in rat infested shit holes right down the street from them. But hey, that's how it goes. At least Bezos is having some fun with his money. He earned it...