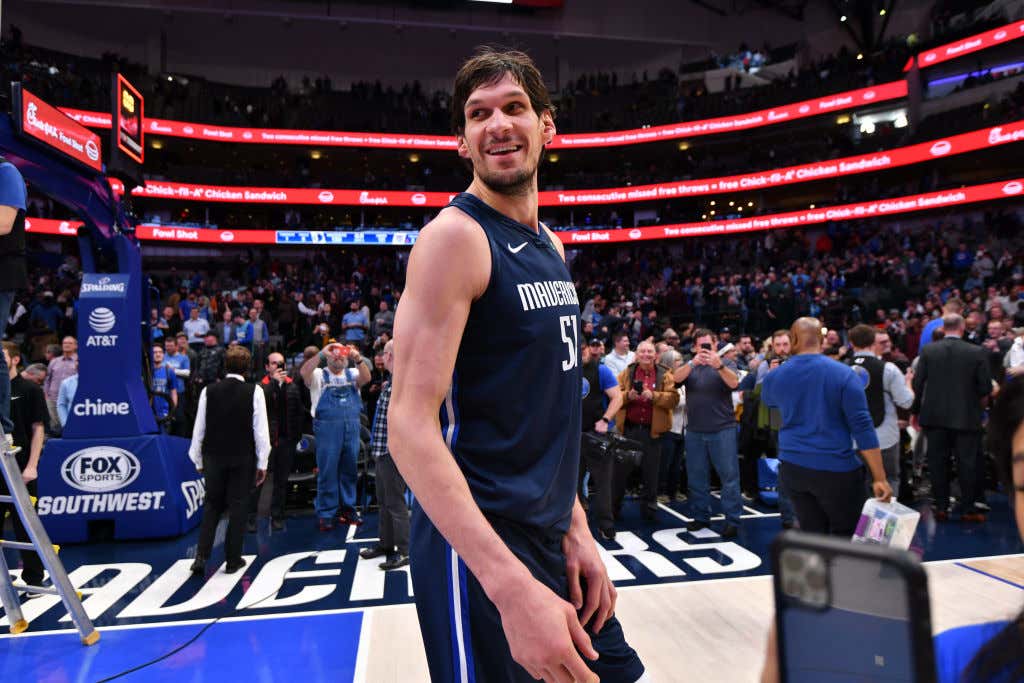 I don't know about you but sometimes I need a little pick me up during this quarantine. Something silly that I can watch and not have to think about anything and do nothing but chuckle to myself. If its basketball related? Even better. So if you're like me and you need something like that today, I've found that few do it better than Boban. Not just an unstoppable force on the court before his conditioning gets the best of him, off the court Boban truly is a gem. I've blogged about this over the years and I figured what better time to just throw everything into one massive Boban blog in an effort to maybe give you some light hearted chuckles during this shitty situation.

Boban dominating on the court

Boban showing off his acting chops

and if that doesn't do it for ya there's always Mrs. Boban who isn't too shabby herself

long live Boban, one of the NBA's true gems.